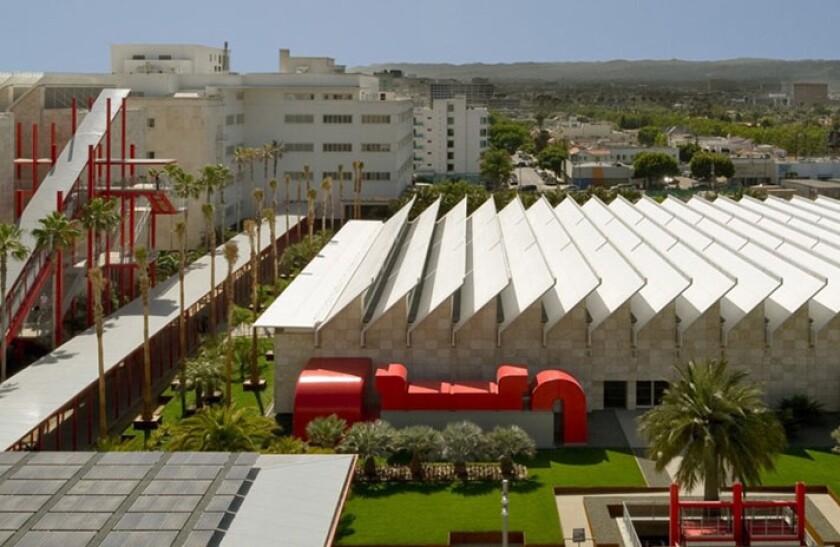 The Los Angeles County Museum of Art, one of the region’s most prominent museums, will refund $271.5 million in variable-rate debt Thursday for savings and to restructure part of the debt issued for a major revamping of the museum in the mid-2000s.

The museum has historically attracted more than a million visitors annually to see its collections, exhibitions and public programs, which includes 140,000 works of art dating from ancient times to the present and more than 210,000 square feet of gallery space, according to an investor presentation.

The museum has maintained a balanced budget even though it has been closed since earlier this year as a result of the pandemic, said Diana Vesga, LACMA’s chief operating officer.

Construction of a $650 million building to house its permanent collection is underway and expected to be completed in 2023, and the facility will open in the middle of 2024, she said.

The bonds are being priced by Wells Fargo Thursday and sold through conduit issuer California Instructure and Economic Development Bank. The bonds being refunded were issued to pay for a major revamp of the museum’s west campus in the mid-2000s, said Ann Rowland, LACMA’s chief financial officer.

Moody’s Investors Service assigns an A3 rating with a stable outlook.

The proceeds refund Series 2017A and B floating rate notes, which had a mandatory tender date of Feb. 1, 2021; and a pro-rata portion of the Series 2013 B, C and D direct purchase bonds.

If the debt was not remarketed by the scheduled mandatory tender date, the interest rate would immediately step up to the amortizable soft put delayed remarketing rate of 8%. LACMA would have then been obligated to repay the bonds in six semi-annual installments.

“We will have refunded the floating rate notes by Feb. 1, if we didn’t, they would accrue a penalty interest rate of 8%,” said Brown. “The all-in interest rate is about 75 basis points currently.”

The deal also exchanges a portion of the variable rate debt with medium-term put bonds, locking in the interest rates for between five and seven years, he said.

The purpose of the refinancing is to extend beyond the mandatory purchase and to achieve savings on the bank direct purchase transaction, he added.

Online memberships rose as the museum added online lectures and tours of museum exhibits during the pandemic, although its regular membership hasn’t gained as the museum has been closed, Vesga said.

The museum has been closed since March 14, like others in California, under the shut-down order from Gov. Gavin Newsom.

But Vesga said the museum, which has installed pandemic-related safety features, has been meeting with the governor’s staff to encourage a re-opening along the lines of what is allowed for malls in the state: malls have been allowed to re-open at 25% capacity with COVID-19 safety protocols including mandatory mask wearing.

LACMA has fared better than some older museums, because it receives 27% of its operating budget from the county as part of a 99-year funding agreement that still has 73 years remaining, said LACMA’s Rowland. For the fiscal year ending June 2020, the county provided the museum with $31.9 million in operating budget support.

The county has also provided the museum with grant funding, including $125 million for the new building for the permanent collection, Rowland said.

“We actually have been able to maintain a balanced budget with a $6.7 million PPP loan we were able to obtain from the federal government,” Vesga said. “We have also instituted significant cost reductions across all departments, received emergency grants and also had rainy day funds.”

LACMA has had a balanced operating budget for more than 20 years, even following the 2008 financial crash, Vesga said.

Construction on the new building has been deemed essential by the state and has continued unabated during the pandemic-related closures, Vesga said.

The deal has generated healthy interest from investors, according to Brown.

“We have seen a great amount of interest from the investor presentation,” he said. “We have a very good list of institutions looking at the transaction.”