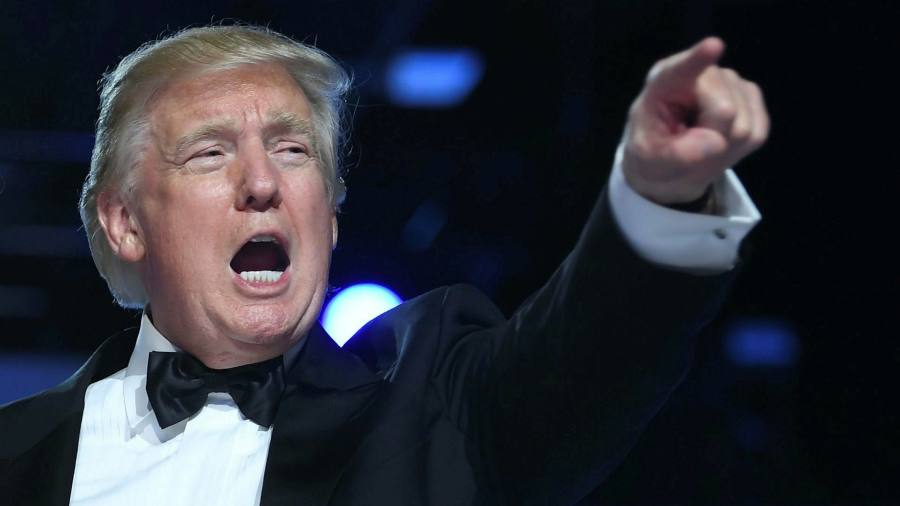 Democrats in Congress are drawing up plans to impeach Donald Trump for a second time, as hopes fade of invoking the 25th amendment to forcibly remove the president from office after violent mobs of his supporters swarmed the US Capitol.

“Donald Trump needs to be removed from office, and we are going to proceed with every tool that we have to make sure that happens to protect our democracy,” Katherine Clark, a Democratic congresswoman from Massachusetts and a member of Nancy Pelosi’s leadership team, told CNN on Friday morning.

Ms Clark, the assistant speaker of the House, said if Mike Pence, vice-president, and members of the president’s cabinet did not invoke the 25th amendment to remove Mr Trump from office, House Democrats would “move forward with impeachment to do just that . . . as early as mid next week.”

The push to impeach comes despite Mr Trump conceding for the first time on Thursday night that Joe Biden would become US president later this month.

Amid a string of resignations from the White House and mounting pressure from fellow Republicans, the president abruptly shifted his tone in a short video during which he accused violent demonstrators of “defiling the seat of American democracy” and said those who broke the law “will pay”.

But by Friday morning, the president returned to Twitter — from which he had been briefly banned in the aftermath of the Capitol assault — saying: “The 75,000,000 great American Patriots who voted for me, AMERICA FIRST, and MAKE AMERICA GREAT AGAIN, will have a GIANT VOICE long into the future. They will not be disrespected or treated unfairly in any way, shape or form!!!”

I believe the president has disregarded his oath of office. What he did was wicked.

Breaking with tradition, Mr Trump also said he would not attend Mr Biden’s inauguration on January 20.

Mr Trump was impeached for the first time in December 2019, when the Democratic-controlled House of Representatives approved two charges, abuse of power and obstruction of Congress, relating to the president’s overtures to the Ukrainian president to dig up dirt on Mr Biden and his son Hunter. The president was later acquitted in a trial in the Republican-held Senate.

While Democrats held on to the House following November’s elections with a diminished majority, they likely have enough votes to impeach Mr Trump for a second time.

That would pile pressure on Republicans in the Senate, who are poised to lose control of the upper chamber following two run-off races in Georgia earlier this week, in which Democrats Raphael Warnock and Jon Ossoff ousted Republican incumbents Kelly Loeffler and David Perdue.

Two-thirds of the Senate would need to vote to convict Mr Trump in order for him to be removed from office. However, there would be little time to conduct a trial before Mr Biden takes office.

Mitt Romney, the senator from Utah, was the only Republican to break ranks last time, voting to convict Mr Trump on abuse of power. But after Wednesday’s events, there were some indications that sentiment within the president’s party was shifting.

Ben Sasse, a Republican senator from Nebraska, told CBS News on Friday morning that he would “definitely consider” any articles of impeachment drawn up by Democrats.

“I believe the president has disregarded his oath of office,” Mr Sasse added. “What he did was wicked.”

Mr Trump addressed throngs of supporters on the Washington Mall hours before they stormed the US Capitol on Wednesday, saying: “We will never give up. We will never concede.” 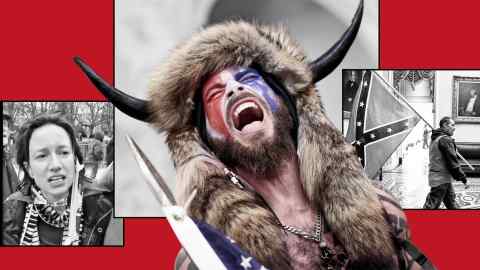 The violent clashes at the Capitol resulted in the deaths of five people, including a US Capitol police officer. Mrs Pelosi on Friday said she ordered the flags at the Capitol to be flown at half-mast in honour of the officer, Brian Sicknick, who was wounded while attempting to push back rioters.

Mr Trump initially responded to Wednesday’s siege by telling his supporters: “We love you, you are very special . . . I know how you feel, but go home and go in peace.”

Betsy DeVos, education secretary, and Elaine Chao, transportation secretary, were among the members of the president’s administration who quit their posts with less than two weeks to go until Mr Biden’s inauguration.

Their resignations cast doubt on whether the 25th amendment could be invoked, given a majority of the president’s cabinet would need to support his removal.

How does the 25th amendment work?

Even though there are only two weeks left of Donald Trump’s presidency, some in Washington are talking about invoking the 25th amendment to the US constitution to remove him from office immediately.

The constitutional amendment was proposed in the wake of the assassination of John F Kennedy, and was intended to provide a blueprint for what to do if a president was incapacitated.

Under this law, a president can be relieved of his power if he is unable to discharge his duties, or if he is deemed as being unable to do so by others in government.

It is not easy to invoke the 25th amendment without the president’s assent. The vice-president has to sign a letter testifying that the president cannot fulfil his duties, alongside a majority of either the cabinet or principal officers of another body, “such as Congress”.

If enough support is secured, the vice-president automatically takes on the role of acting president. If the president contests the decision, Congress would vote on whether that person is able to continue functioning in the role. A two-thirds majority in both chambers of Congress is required to override the president’s objections.

Parts of the 25th amendment have been used before. Richard Nixon used the rule to appoint Gerald Ford as his vice-president after Spiro Agnew resigned. Ford then used it to take over as president following Nixon’s own resignation.

The amendment has never been used by others in government to remove a president.