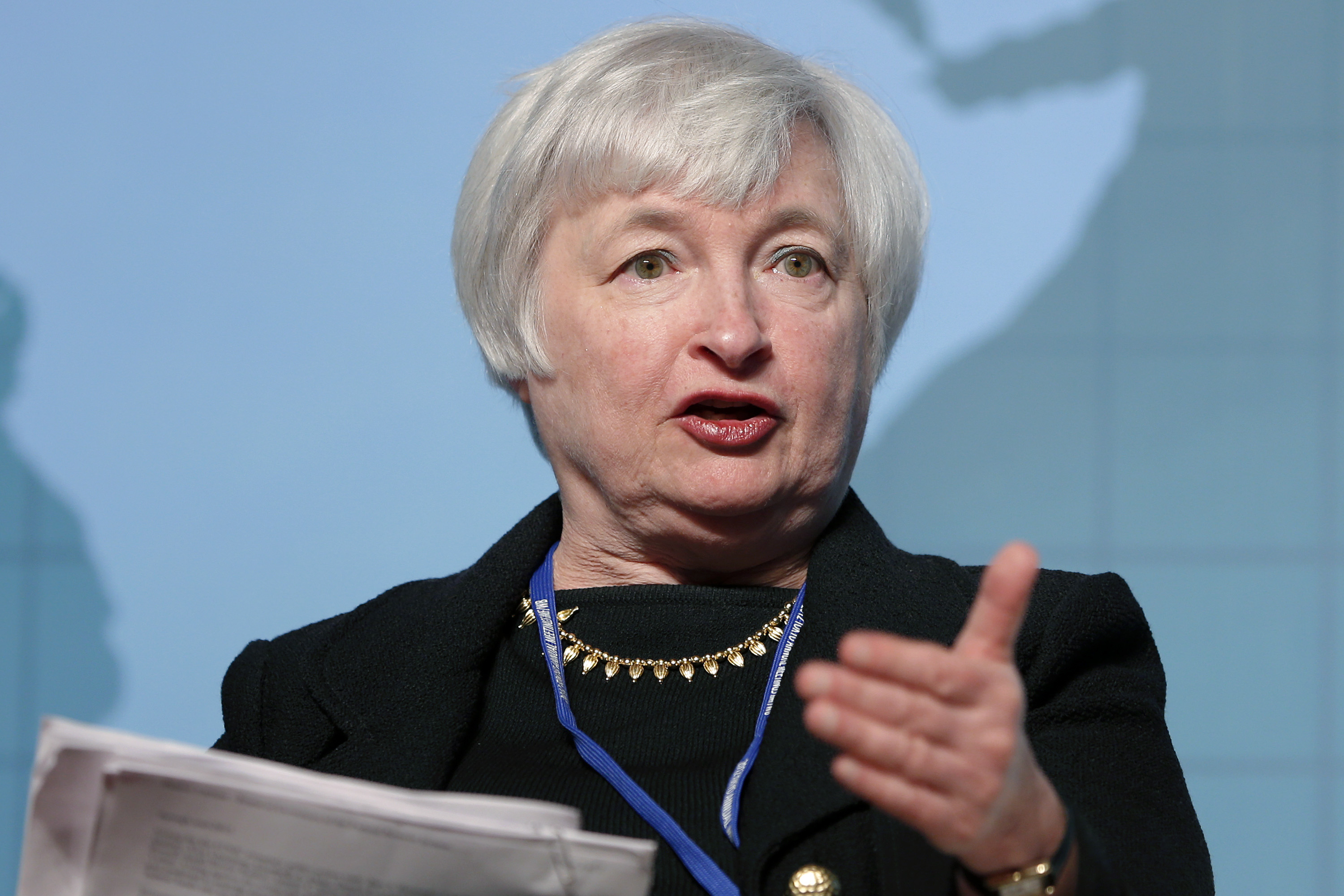 Transcripts of the Federal Reserve’s 2015 policy meetings show that then-Fed Chair Janet Yellen acknowledged that the Fed should sacrifice potential job gains in order to cut off the possibility of higher inflation.

Yellen, who left the Fed in 2018, has been nominated by President-elect Joe Biden to lead the Treasury Department and hold one of the most powerful economic policy positions in his administration.

Her comments in 2015 show how she and some of her colleagues overestimated the potential for accelerating inflation and underestimated the room still left in the economy for people to get jobs. During that year, the unemployment rate for Black Americans averaged 9.6%, almost double the national rate.

Janet Yellen, vice chairman of the U.S. Federal Reserve, speaks during a panel session at the Annual Meetings of the International Monetary Fund (IMF) and the World Bank Group in Tokyo, Japan, on Wednesday, Oct. 10, 2012.

In the years that followed, price gains continued to mostly undershoot the Fed’s 2% target, even as overall unemployment fell to 3.5% in 2019, a half-century low.

“We would want to check the pace of employment growth somewhat to reduce the risk of overheating that could eventually force us to tighten abruptly,” Yellen said during the December 2015 meeting, according to the documents the Fed released on Friday with the customary five-year lag for meeting transcripts.

“If the labor market were to continue to improve markedly as we move through 2016, then further moderate increases in the federal funds rate would probably be warranted, even if core inflation was still showing no signs of picking up,” she said then.

If inflation remained quiescent, Yellen contemplated the idea that officials might have to recalculate their estimates of the level at which unemployment would trigger inflation, but ultimately pushed that idea aside.

“Although we might consider lowering our estimates of the natural rate of unemployment a bit in response to such developments,” she said, “it would also be prudent to view them as a sign that the underlying strength of the economy was in fact increasing, and that inflation would move up as labor and product markets tighten.”

Officials ended that meeting by agreeing to raise interest rates by a quarter percentage point citing their expectation that inflation would rise gradually to their 2% target. They also signaled four additional hikes were coming in 2016.

That move and Yellen’s comments now appear overly hawkish. Unemployment was still 5.1%, and inflation never emerged as a threat. The comments may prove particularly concerning to progressive Democrats, because the interest-rate increase came when unemployment among Black Americans stood at 9.4%.

The Fed, however, didn’t follow through on all the projected 2016 hikes. In the end, largely because of turmoil in global financial markets, the Fed waited until December 2016 to raise again.

Intriguingly, Yellen foreshadowed the possibility of that shift in strategy in her December 2015 remarks.

“If inflation were to remain persistently subdued beyond next year despite further improvements in the labor market and no special transitory factors were in play, then, in my view, a more radical rethinking of the economy’s productive potential would surely be in order,” she said.

The transcripts show Lael Brainard, who was also considered by Biden for the post of Treasury secretary, was far more cautious than Yellen in her assessment of the economy and the need for rate hikes. She raised concerns about the international economic outlook and was more pessimistic over inflation.

“I’m uneasy about the inflation leg of our mandate, and it would be difficult for me to point to any developments in the inter-meeting period that have raised my confidence that core inflation will move to our 2% target in the next two to three years,” Brainard said in December 2015. In the end, she voted for the rate increase.