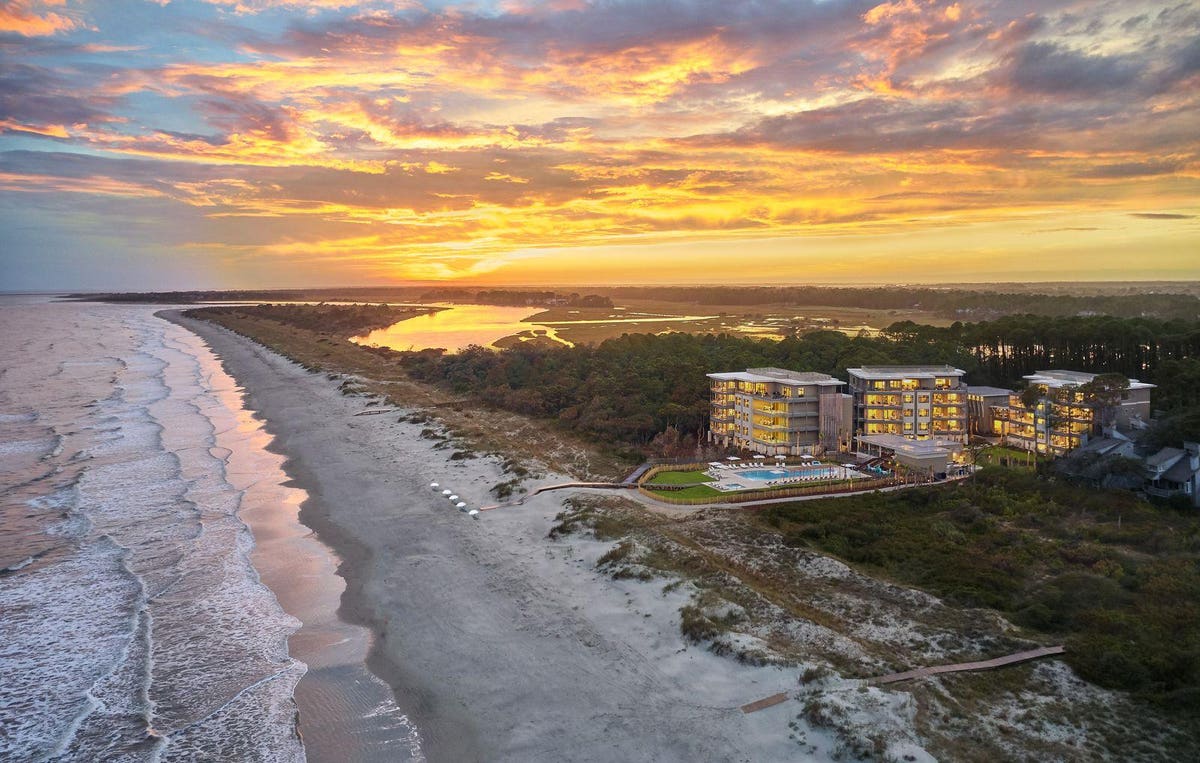 The pandemic has liberated many folks from the need to live close to their jobs, and in cities they didn’t necessarily like. That has meant freedom to work virtually from almost anywhere. Among not-so-surprising outcomes has been a transition of seasonal getaway spots into what one might call year-round adoptive hometowns.

No longer are Aspen, Colo. and Park City, Utah only for ski season. Since the arrival of COVID, they’re for all seasons. No longer are the Hamptons or Kiawah Island, S.C. just for summer sun. Now many regard them as right for fall, winter and spring as well.

Take Aspen, for instance. For decades the mountainside resort town has been a winter retreat, but in the first spring and summer of COVID-19, it soared in popularity as a second-home market. Average home price reached an all-time high of $9.23 million, and average sold price per square foot in 2020 was $101 more than in 2019.

In the Hamptons, at the luxury Residences at Gurney’s Montauk — situated on a 1,000-foot-long stretch of private beach along the eastern shore of Long Island — inquiries and traffic by June of last year had doubled over the same month a year earlier. Three out of the five fastest sales were to New Yorkers who intend to either occupy the residences full time or use their new homes as retreats while maintaining residency in New York City.

In recent years, Kiawah Island has built a reputation as a mecca for well-heeled families nationally. That reputation only grew in the first nine months of the virus. One of the island’s luxury resort communities, Timbers Kiawah, saw its sales increase five-fold from mid-year 2019 to the same point in 2020. Local drive markets in South Carolina, North Carolina, Tennessee and Georgia have sparked much of the growth.

The distinctive features of Kiawah Island itself have also contributed to boosting its already-strong appeal during the novel coronavirus period. The retreat has long been regarded a safe destination, and its professionally managed residences, golf courses, tennis courts and 10 miles of beach along the island all contributed to making social distancing readily manageable even before the term “social distancing” was invented.

Managers attribute the sales surge during the pandemic to several factors. Among the most obvious is that relaxed COVID-19 work-from-home protocols convinced buyers they’ll have lots more time to use their retreats than simply during vacations.

In addition, with distance learning continuing into this school year, the property provided incentives for families with children, from weekday delivery of school lunches to the provision of real-world programming offered by local biologists and naturalists.

“It’s no surprise we’re experiencing an uptick in sales at a time when space and safety is top of mind for most consumers,” says Chris Burden, chief development officer of Timbers Kiawah. “Kiawah Island has a storied reputation of being one of the safest and most desirable beachfront communities in the United States . . . Relaxed work-from-home policies and possibly more home schooling ensure they can utilize their luxury home at their beachfront residence club outside of their official PTO.”