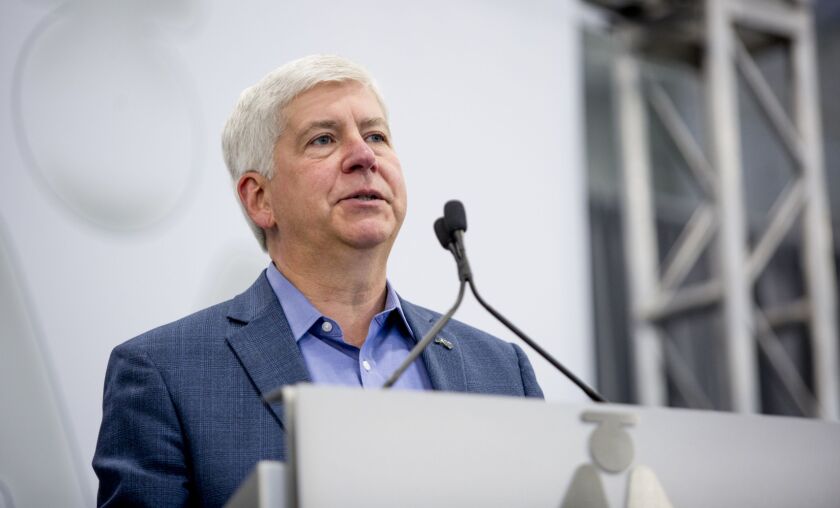 Former Michigan Governor Rick Snyder was charged with willful neglect of duty on the eve of the state’s announcement about the outcome of a criminal probe into the lead contamination of the water supply in the city of Flint.

The charges against Snyder were filed Wednesday by the state’s attorney general, Dana Nessel, in state court in Genesee County, according to online records.

The crisis in Flint, a majority-Black city of about 100,000, stems from a cost-cutting decision in 2014 to temporarily rely on the Flint River for drinking water. Officials later determined that contaminants in the river water leached lead from pipes, thus fouling the water for thousands of the residents of the rust-belt city.

All told it will cost the state more than $1 billion to deal with the fallout. The federal government also has pumped more than $100 million into Flint in an effort to dig up and replace lead service lines.

State lawmakers have authorized $600 million of borrowing to fund the state government’s legal settlement for the crisis.

Underwriters of bonds issued to fund a new water pipeline that the city had planned to use also have been sued. The Karegnondi Water Authority received The Bond Buyer Midwest Deal of the Year award in 2014 for the pipeline bonds.

Snyder, a Republican who served as governor from 2011 to 2019, was charged with two misdemeanor counts. If convicted, he could be sentenced to as long as a year in jail and a $1,000 fine on each of the charges.

In 2016, Snyder apologized for the debacle but many residents have demanded accountability.

A lawyer for Snyder, Brian Lennon, said “we believe there is no evidence to support any criminal charges.”

“We have asked the Michigan Attorney General’s Office of Special Counsel for a copy of or at least confirmation of the charges ahead of tomorrow’s arraignment, and she has not yet provided us with either,” he said in a statement. “It’s difficult for us to comment on something we have not yet seen.”

The charges against Snyder were reported earlier by the New York Times.