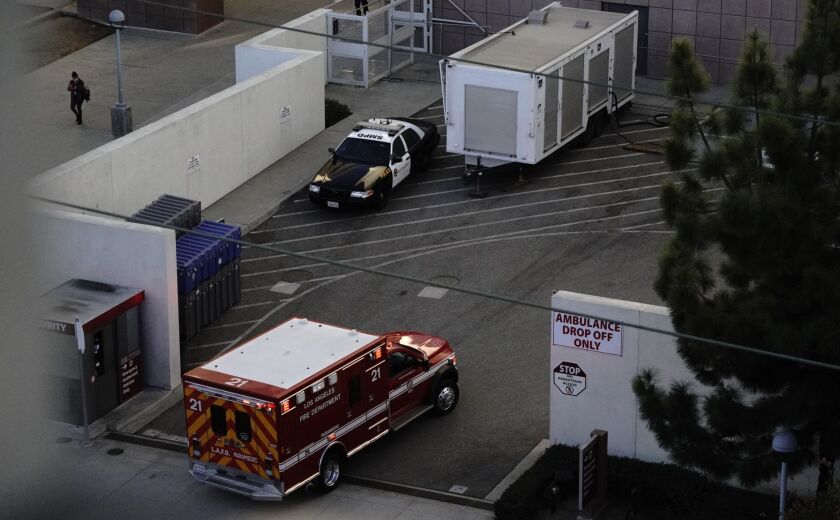 Los Angeles lawmakers reached a tentative agreement with a union that represents 3,600 city firefighters Thursday to postpone raises for 18 months amid a pandemic-induced budget gap.

The United Firefighters of Los Angeles City Local 112 agreed to postpone the 4.5% raised scheduled for this summer in exchange for an agreement by city leaders that fire stations would not be temporarily closed, nor would the city lay off firefighters.

“The COVID-19 pandemic has devastated Los Angeles’ economy, and we asked our firefighters to help us protect critical emergency services by deferring their scheduled raises,” Garcetti said. “We have reached a tentative agreement with UFLAC that, along with the deals we reached with civilian unions this week, will help us avoid harmful layoffs and deep service cuts. I’m grateful for their collaboration, and I hope other bargaining units follow this example and come to the table during this difficult moment.”

Los Angeles’ city administrative officer recommended layoffs in December to close an estimated $675 million budget deficit, including cutting nearly 1,000 police officer positions, a move that would bring the number of cops on the street to the lowest in two decades.

Fitch Rating changed its outlook on the city to negative in December.

All of the rating agencies cited the city’s ability to successfully manage its finances after the 2008 economic crash as a strength in rating reports in August when the city priced a $266.9 million lease revenue bond refunding. The city came out of that with a half-billion-dollar structural deficit that took years to right.

Though the city has reached agreements this week with other unions, it has yet to reach an agreement with the Los Angeles Police Protective League, which represents roughly 9,800 officers. Police officers are scheduled to receive a 3.25% raise in the coming weeks, an amount projected to add $17.3 million to the department’s budget.

Garcetti and Martinez said the agreement will save the city millions of dollars protecting jobs and services over the next two fiscal years, as the city works to recover from the economic crisis caused by COVID-19.

The willingness of civilian employees and firefighters to defer raises has enabled the city to move forward “despite the devastation of the coronavirus,” Martinez said.

“These dedicated individuals continue to serve the public and put the people of Los Angeles ahead of their paychecks and all else,” Martinez said. “We owe them our deepest gratitude.”

Garcetti said those agreements, if ratified, will prevent civilian layoffs and furloughs and save services that would have otherwise needed to be cut.