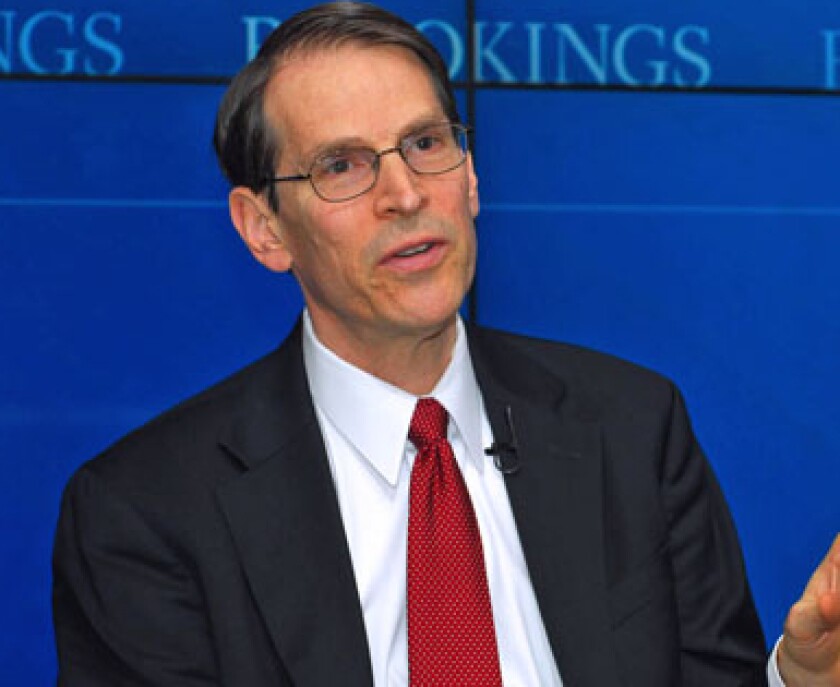 California’s widening gap between its rich and poor, plus population losses this year, are credit factors and not just from an ESG standpoint, according to S&P Global Rating analysts.

California Forward, a think tank, released its California Dream index last week, which it said, confirmed that prosperity was not experienced evenly by all Californians. The index rose or stayed flat in all of the state’s regions from 2010 to 2019, except on the Redwood Coast, which slightly declined. The Sierra Nevada counties near Lake Tahoe saw the greatest gains over the past decade.

A deepening divide between rich and poor can not only affect the state from a social justice perspective, but can result in higher costs for social programs with an increasing number of people needing to tap MediCal, the state’s Medicare program, or the cost of subsidizing affordable housing or building homes to counteract homelessness.

“There is a risk there,” David Hitchcock, an S&P senior director said. “Wealthier people have been able to work from home, while people in the lower income, who were not as likely to have jobs were they could work from home, were also more likely to experience layoffs.”

S&P works ESG “into our criteria, and we use a commentary to highlight how that works,” said Lisa Schroeer, an S&P senior director. For instance, “if income inequality leads to a higher cost of services. We feel that is reflected in our criteria.”

The agency considers the state’s “social risks, other than those related to the COVID-19 pandemic, elevated compared with those of other states in the sector due to a shortage of affordable housing and high social service costs given the income disparity in the state,” analysts wrote in a report released April 28. “California is addressing this through increased funding for various social programs to rectify income disparity over the long term.”

The state’s tax structure — and its dependence on taxing capital gains from higher wage earners — earned it the distinction of being the state most dependent on capital gains, a March S&P report stated.

The stock market soared in 2020 helping the state to earn what the legislative analyst’s office called an estimated $26 billion windfall, or one-time surplus. The boon, along with steep cuts to last year’s budget, helped the state shift from an estimated $54 billion deficit earlier in 2020.

“There will be a bear market at some point, where California will be more exposed,” he said. “The state has a dependence on the top 1% of wage earners, and then there are the inequalities.”

The cyclicity of the state’s revenues are the reason that California has a AA-minus rating rather than something higher, Hitchcock said.

“It incorporates the risk, we see for exposure to capital gains, even though they have strong reserves right now,” he said. “We are forward looking and try to consider the recessionary cycles.”

In addition, the state has the highest tax rates for wealthy individuals, which makes it harder to raise taxes, he said.

“We also score the cost of services and how flexible they are. It might be difficult to reduce the cost of services,” Hitchcock said. “If more people are out of work and using Medicaid, it’s harder to control costs. The federal government has increased Medicaid reimbursements during this recession, but that might not be available in the future.”

Hitchcock added, the state forecasts deficits in the year beyond the current fiscal 2021-22 budget year. The state’s Legislative Analyst’s Office estimated the deficit would grow to around $17 billion by 2024-25.

In the governor’s budget proposal, it’s estimated the capital gains tax would account for 11.3% of revenue in 2021, which is down only slightly from the 11.4% in 2019, Hitchcock said. For the most recent three years, the percentage has been about the same, and it represents the highest it’s been, going back to 2009, he said.

The state has also been experiencing declining population, which is a rating issue, Hitchcock said.

More people are leaving California, than moving to the state, marking only the 12th time since 1900 the state has experienced a net migration loss, according to a Department of Finance report released in December.

The state’s housing crisis is a bit of a Catch-22, because part of the reason this situation exists is there is a high demand for housing in the state, Hitchcock said.

Though the high cost of housing results in a cost for the state, states would generally rather have a strong, than a weak housing market, he said.

“So it is not necessarily something that would cause a downgrade, because it’s also seen as a sign of success that a strong housing market exists,” he said.