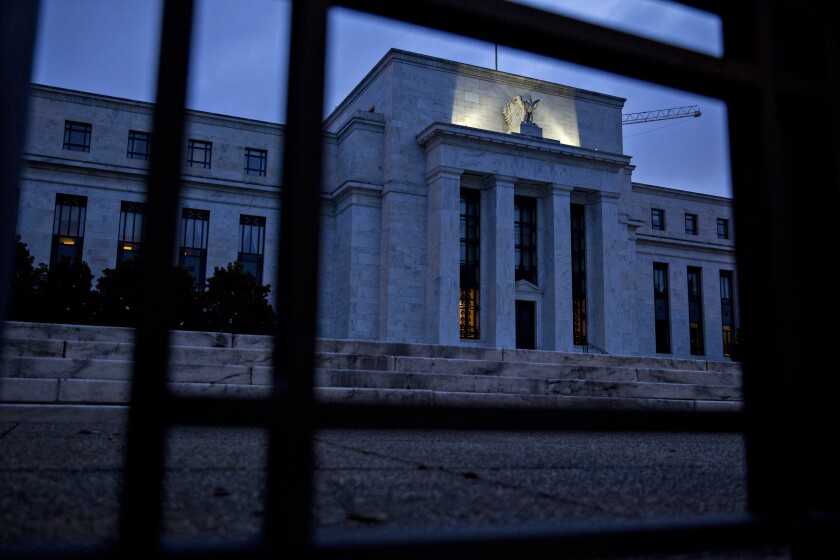 The new year’s first Federal Open Market Committee meeting brings its own set of expectations and anticipations. While no FOMC action on monetary policy is expected, markets are watching for how the Federal Reserve partners with the Biden administration and how it reacts to the 10-year Treasury yield rising from 0.52% on Aug. 4 to 1.15% on Jan. 14. This increases the risks that an inadvertent or misunderstood comment about interest rates, inflation, tapering bond-buying and Fed independence could trigger a sell-off in financial markets.

At the last FOMC meeting, on Dec. 15-16, 2020, the panel made no changes to its current policies of bond-buying and interest rates. Since then, Congress passed a $900 billion fiscal stimulus package providing additional unemployment benefits, assistance for small businesses, and $600 checks to most Americans. President-elect Biden, on Jan. 14, proposed increasing the checks and unemployment benefits along with other support measures.

The COVID-19 vaccine roll-out and the fiscal efforts complement the Fed’s support for economic and job recovery and give the FOMC more time to evaluate its next steps. Pending efforts to increase the individual payments from $600 to $2,000 and accelerating COVID-19 vaccinations, coincident with weaker retail sales from October through December and rising unemployment will reduce expectations of any moves by the FOMC at its upcoming meeting.

What will be different when the FOMC gathers on January 26-27 is noteworthy, however:

The 10-year Treasury yield had already risen to 0.92% at the time of the Fed’s last meeting on, and the FOMC decided to not initiate yield curve controls or yield curve targeting, which would be a big policy change and one that would be difficult to reverse. If the Treasury yield curve continues to steepen, as it has since mid-December, it becomes a threat to financial stability and a constraint on deficit financing. So, if the 10-year Treasury rises more significantly, and Fed bond-buying doesn’t contain it, then the FOMC may feel compelled to announce a specific target.

As the economy continues to recover, energy and food prices also will rise, as they did in December. While core inflation was unchanged at 1.6% on an annual basis that month, it could easily rise to 3% in the second quarter, given the energy price drops in the second quarter of 2020. As the recovery accelerates in the second half of 2021, inflation is likely to surprise on the upside and test the FOMC’s commitment to letting the economy run hot for a while as job growth becomes more evenly distributed. Whether that outlook rises to the level of requiring comment after the upcoming FOMC meeting will indicate its concern and increase the opportunity for a misunderstanding of the Fed’s timing to contain inflation.

As Congressional and White House leadership become more progressively oriented in its public comments around economic and social policies, there will be more criticism that the Fed’s policies favor Wall Street over Main Street. New political leadership is frequently “looking for someone to blame” about the conditions it inherits, so there will be pressure to re-think Main Street and business lending facilities.

With Fed Gov. Lael Brainard and Atlanta Fed President Bostic hoping to replace Fed Chair Jerome Powell when his term expires in February 2022, their interest in supporting lower-income labor force job and wage growth will likely show up in the FOMC meeting notes and minutes. Likewise, other Fed presidents’ concerns about the Fed’s policies contributing to increasing income inequality will also be a topic of conversation and ultimately a catalyst for change.

Although several Fed bank presidents have suggested bond-buying tapering might begin later in 2021, Powell in a Princeton speech on Jan. 14 stated that now is not the time talk about this. Governors Clarida and Brainard have echoed this sentiment. How it is reported and reflected on FOMC policy actions will create opportunities for markets to react badly. Overall, the Fed’s support for the new administration’s economic recovery policies and high regard for Yellen might change the course of future FOMC meetings this year.