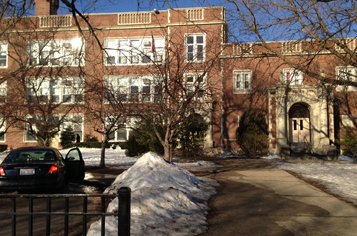 Chicago’s school district is heading into the market for its first COVID-19 era deal with a balance sheet shored up by federal relief.

The district is selling this week $560 million of tax-exempt, dedicated revenue-backed general obligation paper that carries two junk ratings and one at investment grade.

Chicago Public Schools will sell $560 million of bonds this week.

The deal offers $450 million of new money to finance capital work and $110 million of bonds that will refund 2006, 2009 and 2010 debt for savings with no extension of the original maturity. State aid is the pledged dedicated revenue on both pieces with other intergovernmental agreement-related revenue also pledged on the new money series.

The district heads into the market with its ratings affirmed and near-term fiscal prospects girded by the federal government’s helping hand but also as the district and Chicago Teacher’s Union are locked in a battle over re-opening plans.

Labor problems aside, the deal’s timing is good.

“How will the new Chicago BOE GO bonds be received? Municipal High Yield funds have witnessed strong demand as Lipper has reported $1.5 billion of inflows for these funds during the past two weeks,” MMD-Refinitiv senior market strategist Daniel Berger wrote in the firm’s Municipally Speaking column. “This bodes well for this loan.”

The district’s last sale in September 2019 saw the 10-year maturity land at a 140 basis point spread to the Municipal Market Data’s top benchmark. That marked an improvement from the district’s previous sale that saw similar bonds land at a more than 200 bp spread and the punishing 480 bp spread on its long 29-year bond in a 2017 sale.

The bonds are not frequently traded but last week a 2025 maturity traded hand at a 107 bp spread, Berger said.

The spread on a sizeable trade last week on a short bond was down by more than 40 bps from previous levels. “Our evaluation for longer maturities are spread plus 139 basis points,” said IHS Markit market strategist Edward Lee.

Fitch Ratings and S&P Global Ratings affirmed the district’s BB and BB-minus ratings, respectively. Kroll Bond Rating Agency assigned a BBB-minus rating. It rates some CPS bonds at BBB depending on a special opinion on pledged revenues. Moody’s rates the district at a junk level but was not asked to rate the bonds.

Fitch and S&P give the rating a stable outlook while Kroll is positive on the credit.

“The board’s financial position has continued to improve, facilitated greatly by the COVID-19 Economic Relief Bill adopted in December 2020,” said S&P analyst Blake Yocom. “This significant development should allow for another addition to reserves in fiscal years 2021 and 2022 despite rising expenditures tied to the five-year Chicago Teachers’ Union contract.”

The board gambled by approving a fiscal 2021 budget that relied on at least $343 million of new federal help. The district received nearly $800 million from the December package.

Kroll said its rating and outlook recognizes the district’s “continuing progress towards structural balance in the board’s financial operations in its FY 2021 budget, and its weak but improving liquidity position.”

Rising costs amid ongoing student enrollment drops, a reliance on short-term borrowing to manage cash and “an ongoing contentious relationship with CTU” poses near term strains while the district’s debt levels and dependence on the state are long-term pressures, S&P said.

The district will have $8.3 billion of long term debt after the sale and carries a $14.1 billion unfunded pension tab and a 43.9% funded ratio.

“State funding levels remain a key uncertainty and downside sensitivity in light of the fiscal pressures faced by the State of Illinois,” Fitch warned.

The state did not allocate in its fiscal 2021 budget an additional $350 million of aid to public schools districts – including $65 million to CPS — called for under a 2017 education funding overhaul.

The district’s unrestricted general fund position reached $488.8 million or 7.9% of spending, in 2020 marking a reversal achieved from negative levels in 2017 as it benefitted from several new local tax levies for pensions and capital and the state funding overhaul.

The district remains reliant on tax anticipation note borrowing which hit a high of $1.5 billion before the infusion of new state funding. The district issued $830 million of TANs in fiscal 2020 and expects to have a maximum of $1 billion outstanding in February but lower amounts in all other months, according to bond documents. Cash flow is negative in five fiscal 2021 months.

Labor strife is front and center after the CTU announced over the weekend that the majority of those voting electronically on in-person learning voted against returning under current conditions.

The district is phasing in a return for students that began recently for pre-school and special education students. Elementary students are scheduled to return Feb. 1 although families can opt to continue online learning. The district moved to remote, online learning last March initially under a state mandate as the COVID-19 pandemic spread.

Teachers were set to return Monday ahead of the Feb. 1 student return but CPS pushed back the teachers’ date to Wednesday as the district and union continue negotiations on working conditions, testing, vaccines and metrics that could shutter schools. If teachers don’t return, CPS has called such an action an illegal strike.