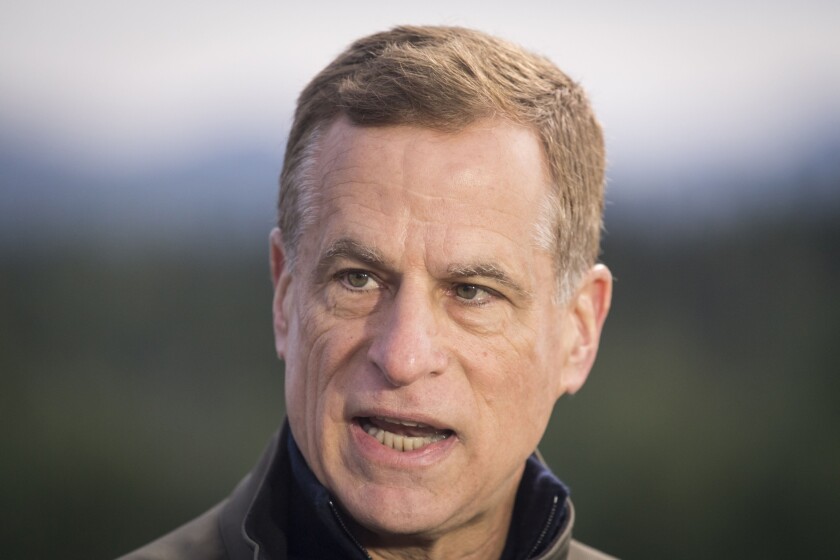 Federal Reserve Bank of Dallas President Robert Kaplan predicted an “enthusiastic” internal discussion over the U.S. central bank’s massive bond-buying program, while vowing to be patient in judging when the economy has made sufficient progress to warrant scaling it back.

“I don’t want to associate or even think about associating a time frame with that,” he said Friday during a virtual forum hosted by the North Dallas Chamber of Commerce. “I’m going to be very careful as I monitor the economy this year to see how the economy unfolds, to be patient, and more importantly, not to be rigid or pre-determined in judging when we actually meet that.”

The policy-setting Federal Open Market Committee repeated earlier this week that it would continue to make asset purchases of at least $120 billion every month until “substantial further progress” had been made toward its employment and inflation goals. Chair Jerome Powell, pushing back on recent comments by some of his colleagues that a taper later in 2021 might be in order, told reporters at a Jan. 27 press conference that “the whole focus on exit is premature.”

Kaplan, who doesn’t vote on monetary policy this year, said that the economy could grow around 5% this year and may exceed that pace, depending on how much fiscal aid is delivered from Washington.

“If we in fact do have a recovery like I’ve talked about — and we’ll have to see how it unfolds — we’ll have very enthusiastic debates at the FOMC to figure out when we think we’ve reached those benchmarks,” he said.

Some Wall Street analysts are even more optimistic for the U.S. economy on hopes for more fiscal stimulus and positive news on Covid vaccines, though the rollout of inoculations so far has been slower than hoped. Goldman Sachs Group Inc. economists have raised their 2021 growth forecasts to 6.6% after President-elect Joe Biden unveiled a sweeping revival plan calling for $1.9 trillion in spending.

U.S. gross domestic product expanded at a 4% annualized rate in the fourth quarter, according to a preliminary estimate from the Commerce Department Thursday, after record third-quarter growth.