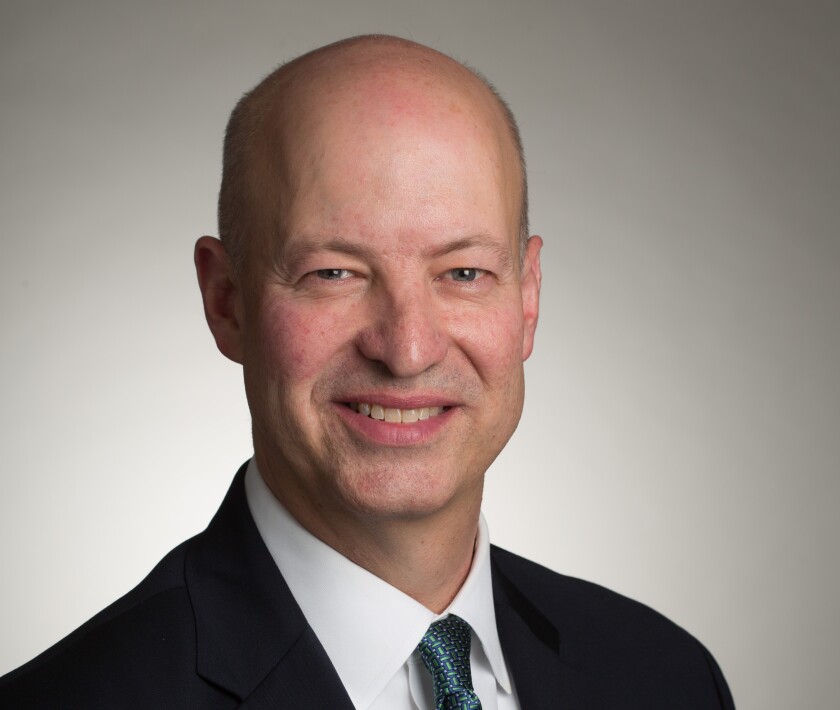 The new chairman of the Governmental Accounting Standards Board has soothed concerns about his background among public finance groups by following the practice of his predecessors in doing outreach to stakeholder groups.

“It was a good way for me to get to know them, for them to get to know me, and for me to hear what they have going on,” said Joel Black, who said he met with more than 35 organizations in his first three months.

Black also has received kudos from those groups over what has now been his first seven months as chairman, for delaying implementation dates for new standards because of the coronavirus pandemic.

“We talked a lot about the pandemic and the impact that was having on their organizations,” Black said. “And we were in the middle of providing that relief or we had just done it, so we’ve heard a lot about that.”

GASB also created a resource webpage for COVID-19 actions and guidance about the accounting treatment for emergency coronavirus aid supplied by the federal government.

That brief record is providing the 50-year-old private sector accountant with goodwill and political capital for 2021 even though most stakeholders have only met via a computer screen.

For the state and local governments that follow Generally Accepted Accounting Principles, also known as GAAP accounting, the appointment of Black as GASB chairman last year was a break with tradition.

The board of the Financial Accounting Foundation that oversees GASB shocked public finance professionals in January 2020 with the selection of Black, 50, from the private sector.

Public finance groups pointed out at the time that adherence to GASB rules is entirely voluntary. GASB and FAF are both private organizations that do not have governmental authority to mandate compliance.

The states have sovereignty over their own accounting rules and also have power over local government accounting.

The rift between public finance groups and the FAF board led to a series of discussions that provided a workaround when Colorado State Auditor Dianne Ray was appointed to the GASB board for a 5-year term that also began July 1.

Ray said in an interview this week that the arrangement is working. “I feel like I have an equal voice at the table and I can bring whatever we might have as state auditors, as well as from a preparer perspective because I come from a local government background,” she said.

Ray supports GASB’s big three projects and the fact that the upcoming public hearings on the first two will be webcast. The video format, she said, gives people a better opportunity to testify.

Kinney Poynter, executive director of the National Association of State Auditors, Comptrollers, and Treasurers, said his organization was “very pleased” by Ray’s appointment.

“We thought it was very important for a state auditor to have a seat at the table and a voice in the GASB,” said Poynter said.

Chris Morrill, executive director and CEO of the Government Finance Officers Association, agreed. “We were not so much concerned about Joel, but the precedent of not having somebody from state and local government,” he said.

Poynter said he’s pleased to see that Black has continued the tradition established by the previous GASB chairmen of doing stakeholder outreach.

Neither Poynter nor Morrill has met Black in person yet.

Black was a partner in charge of the audit practice at the Atlanta accounting firm Mauldin & Jenkins.

Black is a Georgia native who recently moved to Weston, Conn., with his wife Michelle to be near the GASB headquarters in Norwalk.

In an interview, he said that 95% of his 28-year career in accounting has been devoted to governmental accounting.

“I audited and assisted in signing off on statewide comprehensive annual financial reports, like a state auditor would,” Black said. “But I also had clients that were large cities and counties, small very small towns, all different types and sizes of governments.”

Georgia has 159 counties, some of which are very small and also has some very small local governments.

In that respect, Black said he brings to his new job “something maybe a little bit different than previous chairs have had” in that he has audited very small governmental units.

“I have sympathy for the little guys and understand what they deal with day in and day out,” he said, noting that in some small communities financial director may be a one-person department who is also be in charge of human resources and IT.

“I understand that when we change standards it impacts them too,” he said. “And so we have to just be conscious of that.”

This year GASB is undertaking two of what it refers to as its big three projects.

Public hearings on Revenue and Expense Recognition and the Financial Reporting Model are scheduled for April 9 and 14 via webcast.

There will be a three-hour morning session on April 9 covering Financial Reporting Model Improvements and Recognition of Elements of Financial Statements. An afternoon session will discuss preliminary views on Revenue and Expense Recognition. The sequence will be flipped on April 14.

The other big three project is Note Disclosures, the first result of which is expected to be a final Concept Statement on the Disclosure Framework around midyear.

GASB has nearer-term has plans to webcast daylong public hearings that are tentatively scheduled for March 23, 30, and 31 as well as April 8.

And there is a Feb. 15 deadline to comment on the 2021 Implementation Guidance Update, which is a practical guide published in a question and answer format.