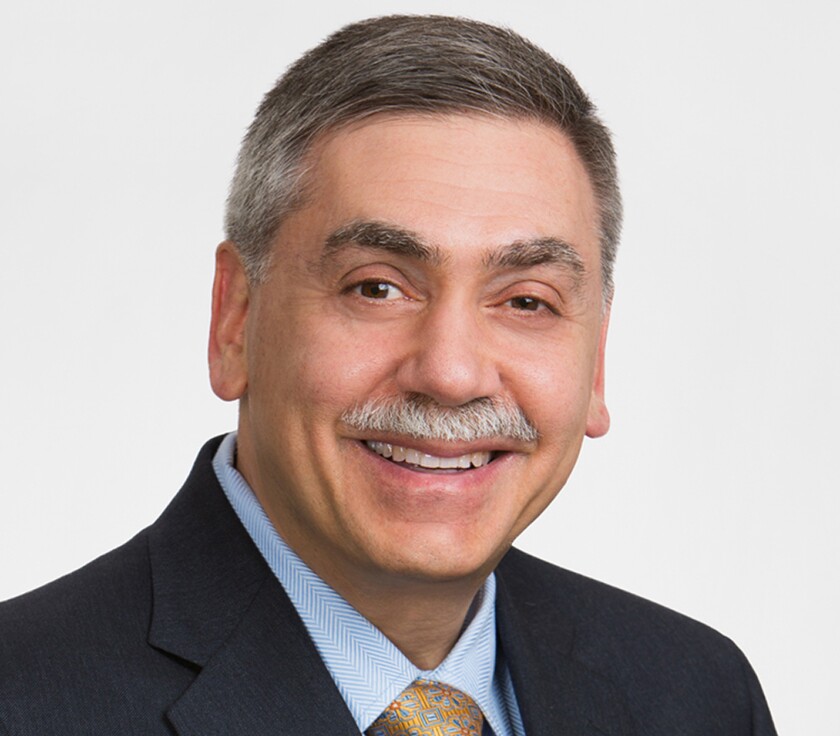 The National Association of Bond Lawyers wants the Internal Revenue Service to make permanent the latest temporary regulatory relief it has granted the public finance sector.

The IRS announced in December it will accept electronic or digital signatures for more than 20 different submission forms “to protect employees, taxpayers and their representatives by minimizing the need for in-person contact.”

This pandemic-related waiver from a handwritten signature extends through June 30 of this year.

“In this day and age there’s no reason why electronic signatures should not be a problem, especially on information returns,” said Rich Moore, immediate past president of NABL who is a tax partner at Orrick in San Francisco.

Form 8038 is for information related to the issuance of tax-exempt private activity bonds while Form 8038G involves government-issued municipal bonds and Form 8038GC is for small issuances of tax-exempt government bonds.

Although the IRS linked its action on the series 8038 forms as pandemic related, the request that was made by the National Association of Bond Lawyers in September wasn’t.

The letter sent to Edward Killen, deputy commissioner of the Tax Exempt and Government Entities Division, by NABL President Teri M. Guarnaccia was the result of work begun by an ad hoc committee prior to the pandemic.

David Cholst, a tax partner at Chapman and Cutler in Chicago who chaired the ad hoc committee, said the group debated whether to even submit the request while the pandemic is continuing.

The 59-page NABL letter also requested numerous clarifications and changes to the IRS instructions for filling out the forms.

“Obviously not so important that it would be enough to stop people from managing this,” he said. “It’s not just a pandemic thing. This will be extremely useful to issuers and other people involved in tax-exempt financing.”

Over the last several years, most deal closings do not involve having all the parties in one room.

“All the documents, even the 8038s, get emailed to all the different people who print them out and sign them and then have to send them back,” Cholst said.

The 8038 and 8038G have required signatures from two parties, the paid preparer, and the issuer.

Cholst highlighted that inconsistency as one of the reasons for widening the use of electronic signatures.

Separately, NABL last April wrote to top officials at Treasury and congressional leaders with a list of eight regulatory relief actions and seven legislative measures that would help state and local governments address the challenges presented by the pandemic.

The Treasury and the IRS responded to the most urgent regulatory requests such as extending filing deadlines and allowing the public hearing requirement for the issuance of private activity bonds to be met with telephonic or video hearings.

Several of the legislative requests were addressed in the $1.5 trillion infrastructure bill known as the Moving Forward Act that passed the House last year on July 1.

The bill included the reinstatement of advance refunding and direct-pay bonds as well as a higher issuance limit of $30 million for bank-qualified debt that often finances nonprofits such as colleges and health facilities.

But the Republican-controlled Senate never considered taking up that legislation, even in an amended form.

On the IRS end, the actions taken in 2020 were temporary.

Those actions satisfied officials at NABL and the public finance sector in general.

“We’re pleased with the responsiveness to our requests that have been made just to keep the market functioning,” said Moore.

“And now I think we are moving to parts of our request that we not quite as time-sensitive but we still think are important for issuers such as tweaking the working capital finance rules,” Moore said.

Moore said Treasury and the IRS could help local governments better survive the pandemic if they are allowed to finance pandemic-related deficits with long-term debt.

One-quarter of the 442 municipal bond issuances over $100 million between August and mid-December of 2020 involved some sort of debt financing, according to a study released earlier this week by Pew Charitable Trust in conjunction with Municipal Market Analytics.

Other requests made by NABL that are pending at the IRS include loosening the rules on when a reissuance is triggered.