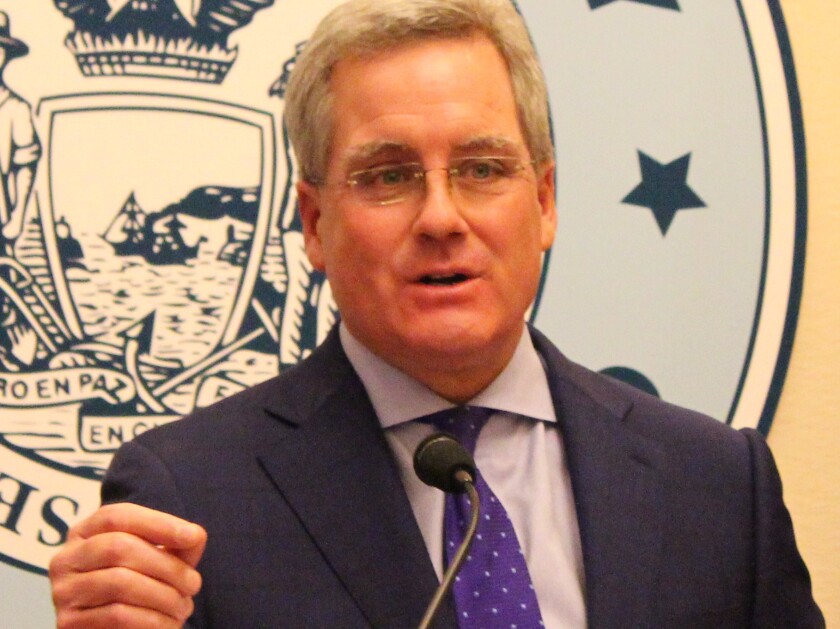 The school board and the district’s reopening plan is woefully inadequate and doesn’t meet the basic requirements set by the state to offer classroom-based instruction whenever possible, according to the lawsuit filed Thursday in San Francisco Superior Court.

“It’s a shame it has come to this,” Herrera said. “The city has offered resources, logistical help and public health expertise.”

He plans to file a motion Feb. 14 asking the judge for an injunction that would force the school district to prepare to offer in-person instruction, now that, he says, it is possible to do so safely.

The school district has been struggling financially. The school board reported in December that the district anticipates deficits totaling $169 million over the next two years, and that figure doesn’t include reopening costs of $38 million, according to Fitch’s report.

The 54,000 students enrolled in the school district are suffering and the achievement gap is widening as SFUSD fails to meet state reopening requirements, Herrera claims in the lawsuit. The school district and seven-member elected school board are a separate legal entity from the city and the county and don’t answer to the mayor or county board of supervisors.

“This is a frivolous lawsuit,” Matthews said. “It appears that the city attorney has not read through our plans or joined the hours of open meetings we have had on the topic of safely returning to in-person learning.”

The school district has a very comprehensive plan with specific steps outlined as to how to safely return students to in-person learning, he said.

“We have asked the city to lead the effort to provide surveillance testing for staff and students, a state requirement that was just added,” Lopez said. “Instead, SFUSD must go through a competitive bidding process and find a provider to administer this critical component of reopening schools. Most urban school districts across the state are in the same position — one big difference is their mayors are fully supporting them.”

San Francisco Mayor London Breed said this is not a path “we would have chosen, but nothing matters more than getting our kids back in school.”

The teachers have done an incredible job of trying to support the students through distance learning, she said, “but this isn’t working for anyone.”

She added that in-person teaching can be done safely, because private schools and city-run community learnings hubs have done it without any outbreaks. School districts in neighboring counties such as Marin, San Mateo, Santa Clara and Napa have reopened.

In San Francisco, 113 private, independent and parochial schools — the overwhelming majority — have reopened and remain open, according to the lawsuit. More than 15,800 students in the city have returned to in-person school. Less than five cases of in-school transmission have been reported, according to the Department of Public Health.

The public school district has squandered months during which it could have been preparing to reopen, while private schools in the city have been able to safely reopen, Herrera claims in the lawsuit.

“The Board of Education and the school district have had more than 10 months to roll out a concrete plan to get these kids back in school,” he said. “So far they have earned an F. Having a plan to make a plan doesn’t cut it.”