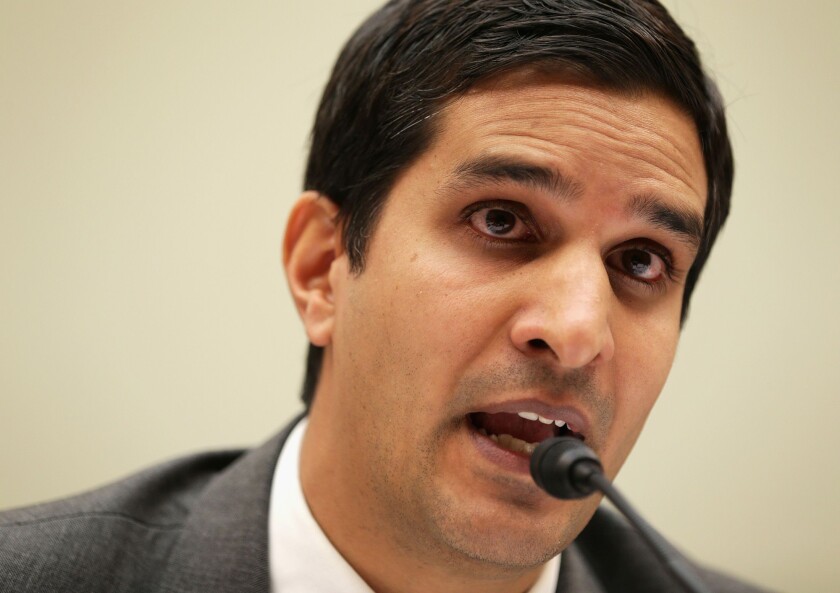 Singh oversaw implementation of the New York Fed’s emergency facilities during the COVID-19 pandemic, and previously served in domestic finance and international affairs roles in the Treasury Department during Barack Obama’s administration.

In his new role, he will serve as deputy National Economic Council director in addition to his post on the National Security Council, a structure the White House says is meant to break down silos. Singh will report to both National Security Adviser Jake Sullivan and NEC Director Brian Deese.

“Daleep will be tasked with refocusing U.S. international economic policy on the needs of working Americans,” Sullivan said in an emailed statement.

Deese said he would be working with Singh and Peter Harrell — who was recently named senior director for international economics and competitiveness — on “complex, cross-cutting issues — including climate, tech, and trade — that require a true whole of government approach.”

Harris currently directs an initiative at the Hewlett Foundation that aims to “replace neoliberalism with a new ‘common sense’” about how the economy should improve people’s lives.

A number of influential aides have held specialized deputy national security adviser roles in previous administrations, and the appointment underscores the priority Biden’s team is putting on integrating economic and foreign policy.

In the Obama administration, special deputy roles were created for Ben Rhodes, one of the president’s speechwriters and closest aides, as well as counter-terrorism advisers John Brennan and Lisa Monaco. Wally Adeyemo, who is now Treasury Secretary Janet Yellen’s deputy, filled a role similar to Singh’s during the Obama administration.

“Too often worker voices or worker advocates have been brought in after the policy is already formed, and it’s too late at that point to build in a worker rights component or a jobs lens,” said Lee, former AFL-CIO chief international economist and deputy chief of staff.