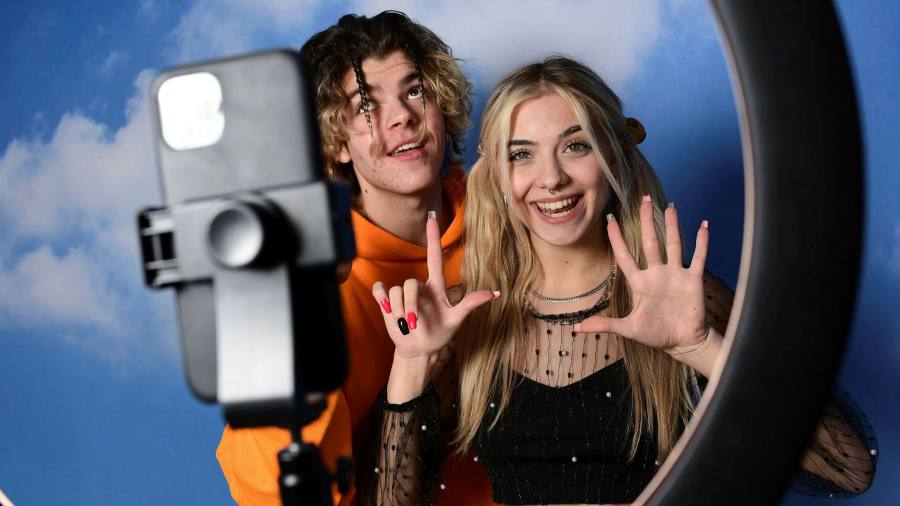 TikTok is planning an aggressive expansion into ecommerce in the US, where it will go head-to-head with Silicon Valley giant Facebook.

The Chinese-owned viral-video app has briefed advertisers on a number of new features for 2021, according to several people who have seen its plans, such as a tool that lets its most popular users share links to products and automatically earn commission on any sales.

“It’s old-school affiliate marketing,” one senior advertising executive said, adding that video makers would be able to link to any products they liked, even if they were not formally sponsored by the brand.

TikTok, which is owned by China’s ByteDance, is also aiming to roll out the ability for brands to showcase catalogues of their products on the platform, the people said.

The app is also said to be rolling out “livestreamed” shopping, a mobile phone version of television shopping channels, where users can buy goods with a few taps after seeing them showcased by TikTok stars. This follows testing of the live shopping feature with Walmart announced late last year. TikTok declined to comment.

“It feels like TikTok is about to skip [introducing a] desktop [experience] and go straight into commerce,” Jack Smyth, creative technology officer at WPP’s Mindshare.

“Culturally, TikTok is well placed for livestreamed commerce to capture the dissolving distinction between content and commerce because it doesn’t feel as polished as other platforms,” he added.

The tools will bring TikTok, which has already announced a partnership with ecommerce platform Shopify, further into competition with Facebook.

Last year, Facebook introduced tools on its photo-sharing app Instagram in some countries to make it easier for people to buy goods, and a digital shopping channel on its main Facebook site. Instagram has, meanwhile, made a copy of TikTok’s scrollable video feed called Reels.

Some advertisers have been cautious about TikTok, suggesting that its current advertising system remains a work in progress. “The product and the content has not matured into a place where sophisticated advertisers really want to commit,” one ad agency executive said.

Two people said the platform had plans this year to further develop its self-service ad platform, which allows brands to place their own ads easily online rather than manually with a sales representative, bringing it in line with larger rivals. It was also aiming to improve its tools for ad targeting, including user tracking, the people said.

The app faced serious problems in the US last year, where former president Donald Trump threatened to ban it because of its Chinese ownership.

It remains unclear what approach the Biden administration will take on the company, but some advertisers appear more relaxed about the app.

“The latest changes in the political leadership in the US has clients more comfortable in the platform,” said Kris Hoet, global chief innovation officer at ad agency Foote, Cone & Belding. “Our largest offices [globally] confirmed that [many brands] were already active or considering activating this year.”

Last week, TikTok announced its first major deal with an advertising agency, WPP, which will give the London-based ad group early access to its latest ad products, in a move that boosted WPP’s share price and unnerved rival social media groups, according to advertisers.

TikTok’s biggest pull is its vast, and partly untapped, audience of young users. The company says that 40 per cent of people on TikTok do not have a Facebook account and that 63 per cent are not on Twitter, according to one marketer who has recently been pitched.

“With TikTok you are looking at campaigns in the billions [of views]. Most of the time on other platforms . . . the campaigns are in the millions,” said Karyn Spencer, chief marketing officer at influencer marketing group Whalar.