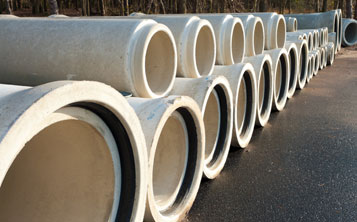 Voters in St. Louis and St. Louis County will decide the fate of their sewer district’s $500 million bond question in April after a one-year delay due to the COVID-19 pandemic.

The referendum on the April 6 ballot is the latest in a series of borrowing authorizations sought by the St. Louis Metropolitan Sewer District to hold customer rate hikes in check as it meets the obligations of a multi-billion settlement with environmental regulators.

Voters will decide how projects are paid for from 2021 to 2024. The agency seeks bonding authority based on the four-year timing of its rate commission’s rate-setting process and initially had put a question on the April 7, 2020, ballot. The agency went to court to pull the measure as officials feared restrictions in place to limit the spread of the virus would impede the vote.

“Several factors were weighed in the Board of Trustees’ decision, including public concern about the COVID-19 pandemic, warnings from public health officials to avoid large groups, and emergency declarations in every jurisdiction that covers MSD’s service area,” MSD said at the time.

The agency — which provides wastewater treatment and storm-water management to 1.3 million residents — was able to delay the vote last year because of the timing of rate hikes, but it can wait no longer as the rate increase to fund upcoming projects must be decided so they can levied in August, if needed.

“We delayed it to 2021, but we have” to move forward now as “voters must approve how they want to pay” for projects, said MSD spokesman Sean Haddley. “The work has to get done.”

The agency waived customer late fees and delayed a scheduled rate increase of 1.5% to October from July last year to give customers coping with the pandemic some fiscal breathing room.

A simple majority is required for Proposition Y to pass. Proceeds would finance the designing, constructing, improving, renovating, repairing, replacing and equipping new and existing MSD sewer and drainage facilities and systems.

If voters don’t authorize the borrowing, they face much steeper rate increases to pay for the projects on a cash basis, but the project costs would be lower over the long run without bond interest.

MSD is working under a 28-year, nearly $6 billion consent agreement with the U.S. Environmental Protection Agency. It bills the program as “Project Clear.” The agency operates the fourth largest wastewater treatment system nationally.

The agency has been chipping away at the mandates in the 2012 agreement to reduce sanitary sewer overflows and building backups. In 2018, a federal judge signed off on an amendment that extended to 28 years the original 23-year term of the agreement.

The district last went to voters in 2016 when $900 million in borrowing capacity was approved. The referendum process allows voters a say in the level of rate increases needed to support the program.

Voters will also decide several other governance issues relating to the agency’s charter.

The pandemic poses risks for such systems but not enough to dent the agency’s high-grade ratings as S&P Global Ratings (AAA) and Fitch Ratings (AA-plus) both affirmed MSD’s ratings last fall ahead of a $120 million deal. Both assign a stable outlook.

“While only about 6% of the district’s customers are commercial/industrial businesses, roughly 30% of MSD’s user charge revenue comes from these customers,” Fitch said. “The district continues to evaluate potential impacts to revenue due to the coronavirus outbreak, including the impact local health-related orders and the federal stimulus package may have on delinquencies and collection activity.”

“The rating reflects our opinion of MSD’s general creditworthiness and a combination of very strong enterprise-risk and extremely strong financial-risk profiles; both profiles incorporate our analysis of historical and projected extremely strong all-in debt service coverage and liquidity,” S&P said.

The agency has $1.7 billion of outstanding debt. Bonds are secured by pledged revenues of the district’s sanitary sewer system that come from customer payments and interest earnings after operating and maintenance expenses.