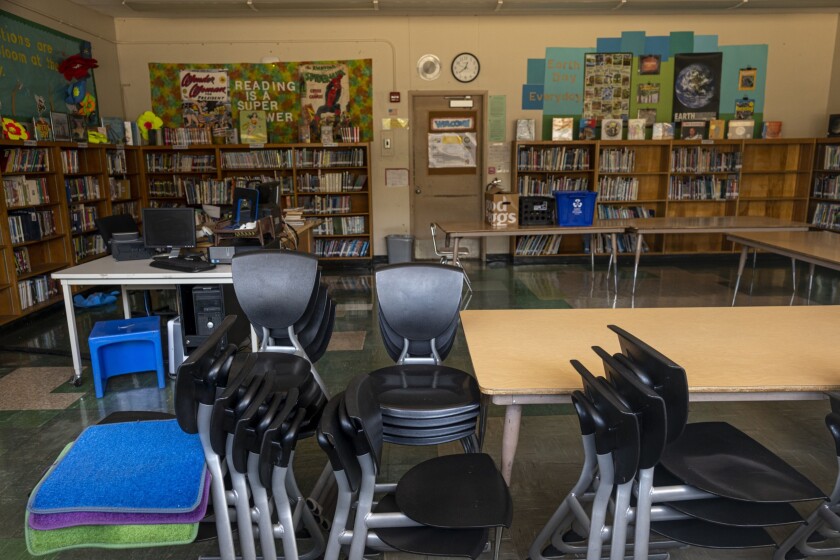 National Conference of State Legislatures officials said Friday their top federal priority for education is getting flexibility in how to spend their state and local aid.

States spend about 42% of funds on education with 32% going to K through 12 schools and 10% for higher education, according to NCSL.

They said federal lawmakers need to recognize that public schools may need years to fully address the learning losses suffered by students because of the pandemic.

“Some vulnerable students may have lost, you know, eight to 12 months of learning,” said Austin Reid, director of the NCSL Education Committee. “And we also know that significant numbers of students haven’t been to class at all.”

If the achievement gap is also factored in, the educational setback may take “even a decade for students in the younger grades” to make up,” Reid said Friday during a webinar sponsored by NCSL.

The NCSL’s voice joins of chorus of other state and local officials who have said they need flexibility along with direct federal aid to combat the economic effects of the pandemic.

But they need their federal emergency aid to also be available for use in paying for longer-term solutions like implementing a professional learning system, which could take a number of years to get in place.

Utah State Sen. Ann Millner, the Republican majority whip of the Utah Senate, said the expansion of broadband in her mostly rural state is a critical issue. “Making sure we have a long enough timeline” to build it out is a priority, she said.

Millner said she’s heard from school superintendents that they are “worried about the learning loss” and “social, emotional development.”

“We need these kids in school, but we’re going to need help like mobile testing labs to come in, etc. to provide the kind of support around us that can make that happen,” she said. “Which means they need our help from a statewide perspective to be able to mobilize the resources that they need to be able to do that.”

Congress has appropriated about $67 billion in emergency aid for K through 12 public schools since the onset of the pandemic, according to NCSL.

Another $130 billion in federal aid for public schools is included in the $1.9 trillion stimulus package being considered by Congress.

The legislative language approved by the House Education and Labor Committee targets the new round of federal aid for reopening schools and requires them to reserve at least 20% of the money to address learning loss.

“We know that states face budget gaps at the same time that schools are facing extraordinary costs to respond and also to recover from the pandemic,” Reid said.

One problem with the emergency federal aid appropriated last year is that much of it was required to be spent by Dec. 31.

The U.S. Department of Education reported that schools had spent only 10% of their funds in November, but tracking by NCSL found that 90% of those funds had been budgeted and allocated.

NCSL has recommended that Congress should focus on how states plan to spend the money rather than on how quickly it is spent. The NCSL database shows that states “are being very diligent and thoughtful with the way that they’re spending their stimulus funds,” Reid said.