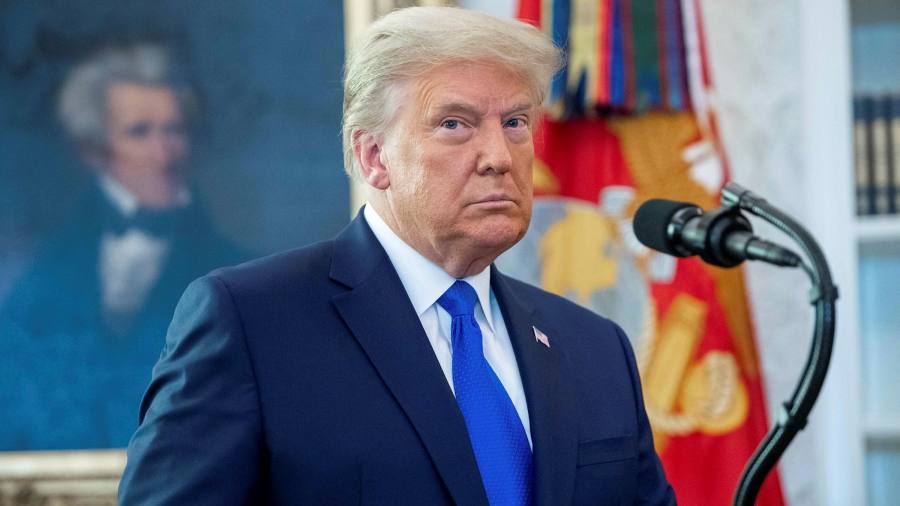 Donald Trump’s legal team is preparing to make its case in the former US president’s second impeachment trial on Friday as the Senate proceedings enter the final stretch.

Trump’s lawyers are expected to take just a few hours to defend their client, who was last month impeached by the House of Representatives on one charge of inciting an insurrection for his role in the January 6 attack on the US Capitol that left five people dead.

Trump’s legal team is entitled to up to two days to make its presentation to senators, who are acting as jurors in the impeachment trial.

But trial lawyer David Schoen told reporters on Capitol Hill late on Thursday that the legal team would take “maybe three to four hours” to argue Trump’s speech was protected under the First Amendment of the US Constitution. Trump’s legal team has also repeatedly argued the Senate does not have jurisdiction to try a former president.

Schoen and Bruce Castor Jr, a former prosecutor from Pennsylvania, were widely criticised this week for their performance in a debate on the constitutionality of the trial. One Republican senator, Bill Cassidy of Louisiana, responded to their arguments by voting with Democrats. “As an impartial juror, I’m going to vote for the side that did the good job,” he said.

Friday’s presentation will come after two days of arguments from House Democrats, who are acting as prosecutors in the case. Led by Jamie Raskin, a Democratic congressman from Delaware, their presentation included hundreds of Twitter messages, videos and speeches from the former president, as well as previously unseen security camera footage from inside the Capitol during the riot.

Several Republican senators praised the Democrats’ presentation. But a critical mass of Republicans is unlikely to vote to convict Trump, or bar him from holding future office, with a majority of them previously voting that the trial is not constitutional.

Under the constitution, two-thirds of the US Senate would need to find Trump guilty in order for him to be convicted — something that would require the support of 17 Republican lawmakers given the upper chamber of Congress is currently split, 50-50, between Republicans and Democrats. Trump could then be banned from holding future office with a simple majority vote.

Last month, more than 150 legal scholars, including the founder of the conservative legal group the Federalist Society and several members, wrote an open letter arguing the constitution allowed for the trials of both current and former public officials.