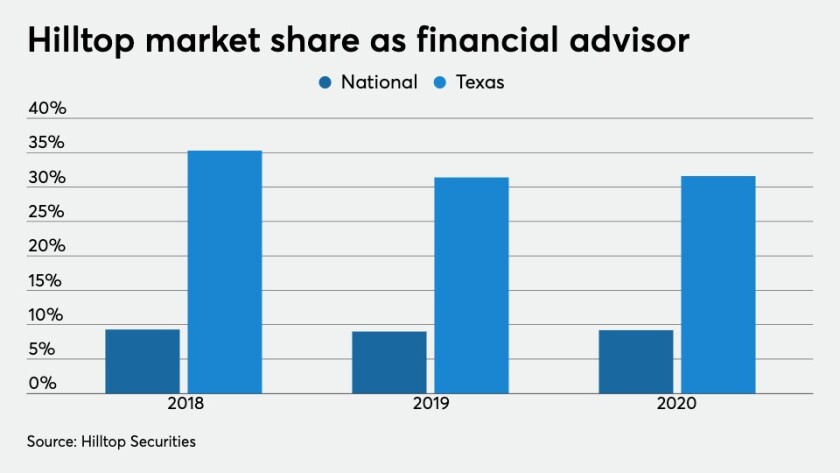 After a record year, Hilltop Securities plans to continue growing its underwriting business but not at the expense of financial advisory services, said David Medanich, head of public finance for the firm.

The expansion narrative was muddied when Hilltop shed some executives in its public finance group in Connecticut, Michigan, and New York.

But President and Chief Executive Officer Brad Winges said the cuts represented less than 2% of Hilltop’s staff, “and we continue to hire public finance bankers across the United States who are focused on being full-service solution providers to the public entity sector, leveraging our vast resources.”

Medanich, a public finance veteran whose father Frank Medanich was one of the founding executives of Hilltop’s predecessor firm First Southwest Co., said Hilltop’s expertise in all phases of public finance is a powerful calling card.

“We have the upper hand in markets because we know all aspects of the markets,” he said.

While regulations forbid the firm from working on deals as both financial advisor and underwriter, clients are comfortable with the firm’s underwriting capacity and market reach, Medanich said.

“The underwriting business has a lot more room to grow, let’s put it that way,” he said. “But it’s not going to be at the expense of anything else.”

“It’s no secret that price discovery has been a challenge during the pandemic,” Medanich said in announcing the hire. “Bill’s experience pricing deals and his long-held relationships with institutional investors play an integral part in helping our clients secure advantageous borrowing costs to meet their funding needs.”

Before his work at Loop Capital, Evans was an underwriter with Morgan Stanley & Co. and UBS Securities. The move to Hilltop was one of his most memorable. 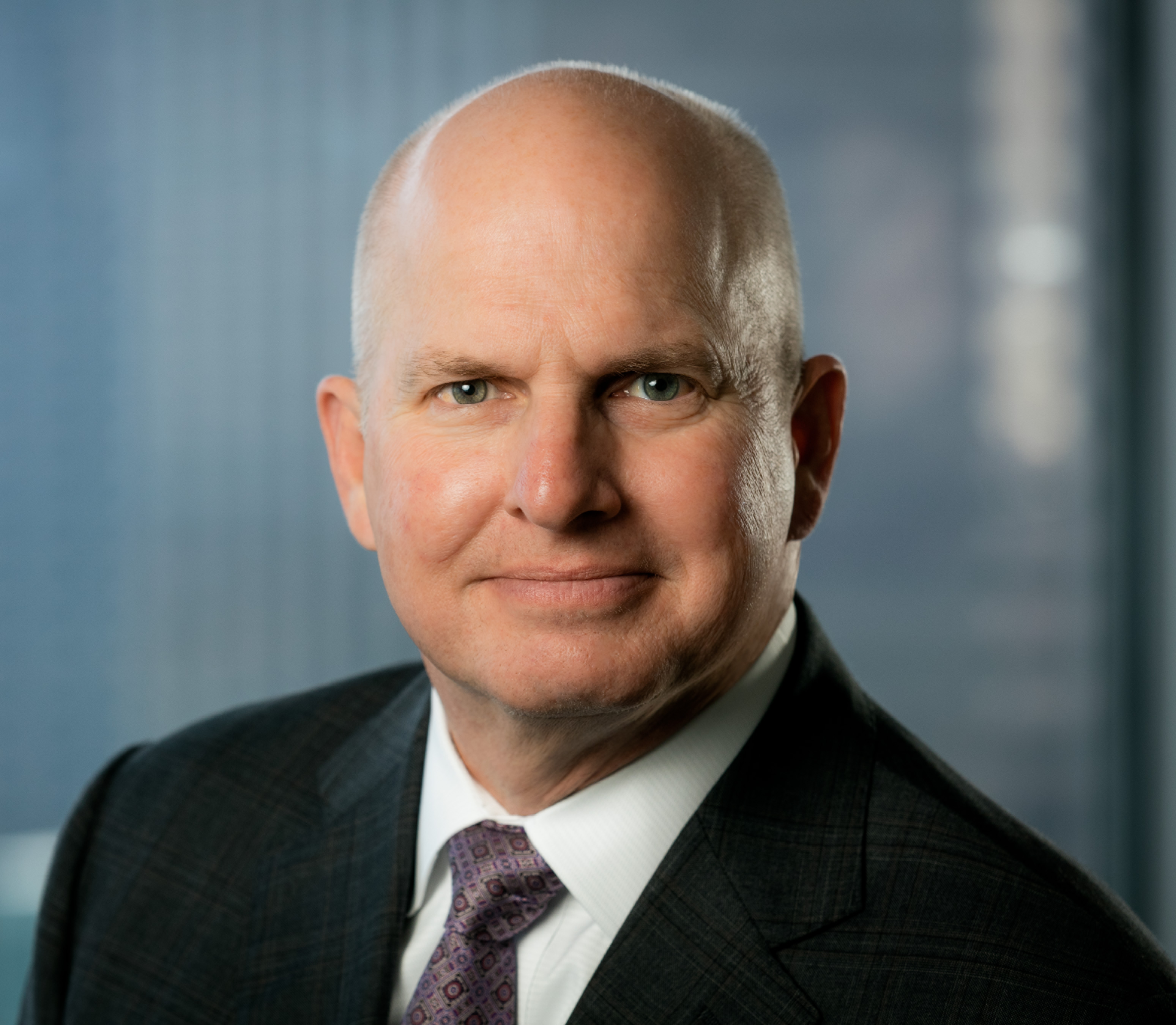 “Starting a new job is always an interesting experience,” Evans told The Bond Buyer. “However starting a new position in March of 2020 definitely created some different hurdles to overcome.

“Most of us at Hilltop were work-from-home at that time, which is also how I started the position. For me, the biggest difficulty of starting during the height of the pandemic was navigating the market volatility and not yet knowing the team well.

“Getting an understanding of how a group operates while sitting on the trading floor together in a normal market environment can take some time, but this was something completely different,” he added. “However, the team did a great job working with our clients and were able to help them navigate through a pretty difficult time.”

“While activity was strong in the quarter, we continued to execute on our growth plan, investing in bankers and sales professionals across the business, to support additional product delivery, enhance our product offerings and deliver our differentiated solutions set to municipalities across the country,” Ford said.

“We do not expect these favorable market conditions to continue indefinitely,” Ford said. “As we embark upon 2021, we believe that Hilltop is well positioned with established businesses, synchronized leadership and substantial capital.”

Hilltop provides financial advisory services to more than 1,600 clients across 29 offices in 17 states across most public finance sectors.

Hilltop is facing stiff competition in Texas from a pair of firms founded by former First Southwest Co. bankers, Estrada Hinojosa & Co. in Dallas and Masterson Advisors in Houston.

Estrada Hinojosa made a big jump in the rankings in 2020, moving to fifth place nationally among municipal advisors.

As some talent left the firm, others arrived. Over the last 18 months, Hilltop has hired 28 people in public finance, said Claire Graca, chief administrative officer.

In January, Hilltop announced that Philip Villaluz had joined its Capital Markets division in New York as a desk analyst, reporting to Tom Kozlik, head of municipal strategy and credit. Villaluz came from Schroders, where he served as head of municipal credit research on its U.S. tax-exempt fixed income team.

“The addition of Phil was the latest of several we made in 2020 to bolster our credit and strategy capabilities,” Kozlik said.

The year’s biggest hiring trophy came in April with the return of Michael Bartolotta as senior managing director in Houston. The Bartolotta hire followed a series of losses of key executives and clients to Masterson.

Bartolotta had worked for First Southwest for more than 20 years, lastly as vice chairman of public finance when he went to Citigroup in 2015. At Citigroup, Bartolotta helped the firm lead the ranks of senior managers in Texas for three years in a row.

“Mike has been a leader in the municipal and project finance sectors for 34 years,” Hilltop chief executive Brad Winges said when Bartolotta was hired.

Under Winges, the firm is targeting diversity in its ranks and developing young talent, featuring training at its Hilltop Securities University.

Hilltop emerged from the 2015 merger of two Dallas-based pioneers in public finance, First Southwest Co. and Southwest Securities Group Inc. The two firms began operating as one in 2016.

After the turbulent year of 2020, Hilltop is helping local governments cope with the demands of the pandemic while planning for growth, particularly in Texas.

Some of the earliest clients of the firm, such as the Dallas suburbs of Frisco, Plano and McKinney, were small towns that have grown into major population centers during Medanich’s career.