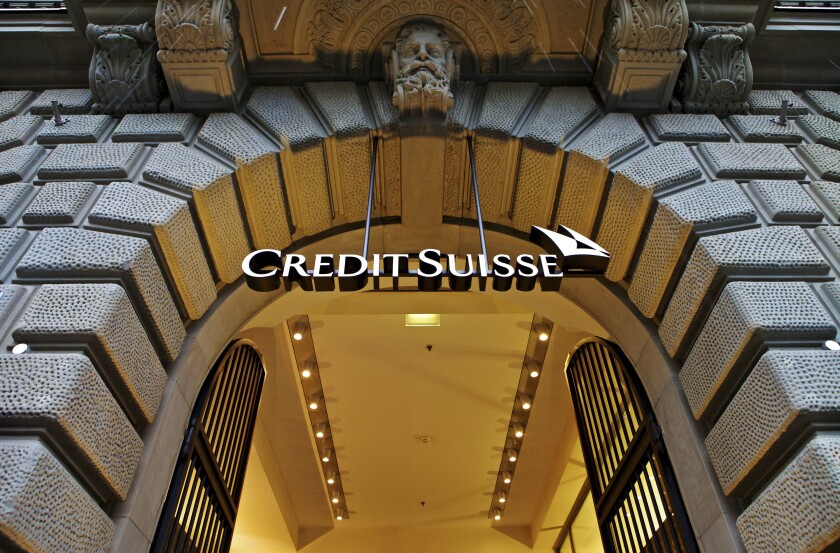 Credit Suisse Group AG agreed to pay $600 million to settle a lawsuit over mortgage securities that collapsed in the 2008 financial crisis, an accord that locks in an expected hit to its profit.

The plaintiff, MBIA Insurance Corp., said late Thursday that it had reached an agreement, after a post-trial court decision that ordered the Swiss bank to pay about $604 million in damages. The settlement means there will be no appeal trial.

Credit Suisse is expecting to post a fourth-quarter loss when it reports earnings on Feb. 18, after setting aside $850 million for U.S. legal cases including MBIA and booking a $450 million impairment on a hedge fund investment.

“We are pleased to have resolved this legacy matter, which dates back to 2007. The settlement amount of $600 million is substantially less than our earlier guidance of up to approximately $680 million and has been fully provisioned for in our fourth quarter 2020 results,” Andreas Kern, a spokesman for Credit Suisse, said in an email.

MBIA’s shares rallied after the news, up almost 10% in pre-market trading.

Last month, the New York state judge presiding over the case ruled against Credit Suisse in the 2009 suit brought by the bond insurer over alleged misrepresentations of the quality of loans underlying residential mortgage-backed securities it guaranteed in 2007. MBIA had been seeking $686.7 million plus interest while Credit Suisse had estimated damages of $597.7 million.

Credit Suisse is among lenders including UBS Group AG, Morgan Stanley and Nomura Holdings Inc. that are still defending themselves against claims over the sale of the securities that plummeted in value during the 2008 crisis. Credit Suisse probably has the most exposure in repurchase litigation, as it faces suits seeking more than $3 billion, according to Bloomberg Intelligence’s Elliott Stein.