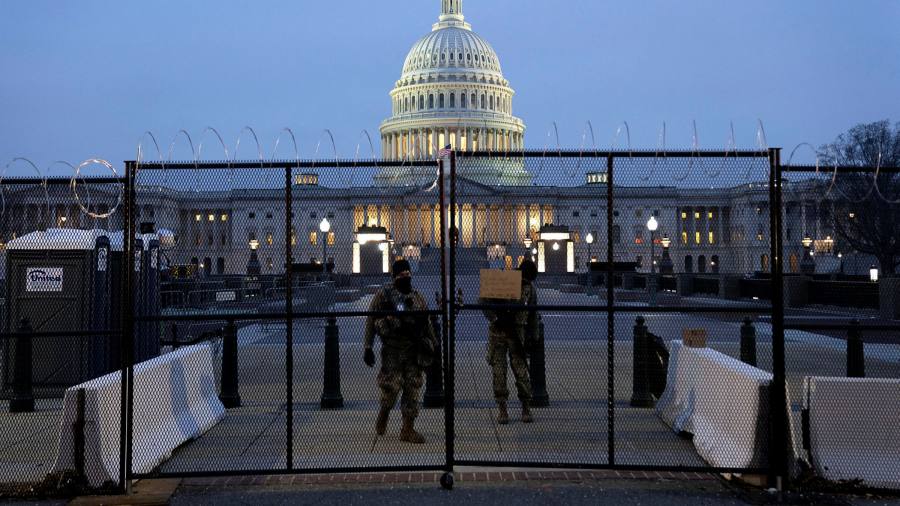 Donald Trump was acquitted of inciting an insurrection in last month’s deadly assault on the US Capitol, as Republican senators closed ranks at the former president’s second impeachment trial to prevent his conviction.

After a five-day trial, the Senate voted 57-43 on Saturday afternoon on the question of whether Trump was guilty of inciting an insurrection. Seven Republicans — Richard Burr, Bill Cassidy, Susan Collins, Lisa Murkowski, Mitt Romney, Ben Sasse and Pat Toomey — joined all of the Democrats in voting to convict the president.

Trump was absolved because under the US constitution, two-thirds of the Senate needed to find him guilty for him to be convicted. Democrats had hoped to convict the former president and then hold a simple majority vote to bar him from holding future public office. Trump has not ruled out running for president again in 2024.

The acquittal caps a dark period in US political history that began with Trump’s rejection of the November 3 election results and culminated in the worst episode of political violence in the halls of the US Congress in more than two centuries.

The swift conclusion of the impeachment trial will free up political space and the legislative calendar for Congress to move ahead with talks to pass Joe Biden’s $1.9tn economic stimulus plan, his top priority since his inauguration on January 20.

The former president issued a statement following Saturday’s verdict saying: “This has been yet another phase of the greatest witch hunt in the history of our country. No president has ever gone through anything like it.”

He added: “Our historic, patriotic and beautiful movement to Make America Great Again has only just begun. In the months ahead I have much to share with you, and I look forward to continuing our incredible journey together to achieve American greatness for all of our people.”

The Senate vote underscores the tight grip Trump continues to hold over the Republican party. The former president has retained the loyalty of GOP lawmakers despite losing November’s presidential election and repeating the falsehood that ballots were rigged against him. He has been widely slammed for his handling of the January 6 attack by his supporters that interrupted the certification of Biden’s Electoral College victory and left five people dead, including a Capitol police officer.

Mitch McConnell, the Republican leader in the Senate, insisted the chamber did not have jurisdiction to try a former president after voting to acquit. But he once again tore into Trump over his behaviour.

“Former president Trump’s actions that preceded the riot were a disgraceful, disgraceful dereliction of duty,” he said. “There is no question, none, that President Trump is practically and morally responsible for provoking the events of the day. No question about it.”

Trump’s acquittal had been expected, particularly as just six out of 50 Republican senators voted for a motion asserting that Trump could still be tried even though he is no longer in office.

It came hours after an unexpected back-and-forth on the Senate floor that resulted in the upper chamber of Congress voting to call witnesses and subpoena information, only to reverse that decision.

Jamie Raskin, the Democratic congressman from Maryland who acted as de facto chief prosecutor, said on Saturday morning that he wanted to subpoena Republican congresswoman Jaime Herrera Beutler after she confirmed news reports that Trump rejected calls for him to intervene while his supporters ransacked the Capitol.

According to a CNN report late Friday, Herrera Beutler said House minority leader Kevin McCarthy had told her that Trump had responded to his plea for help during the riot by saying: “Well, Kevin, I guess these people are more upset about the election than you are.”

The Senate voted 55-45 in favour of calling witnesses, prompting deliberations involving the prosecution, Trump’s legal team and Senate leadership about how to proceed. But Democrats capitulated hours later, when both sides said they agreed to enter a press release from Herrera Beutler into the trial record, before proceeding to closing arguments.

Saturday’s acquittal marks the second time Trump has been exonerated in a Senate trial. He was found not guilty last year on charges relating to his efforts to pressure the Ukrainian president to dig up dirt on Biden after just one Republican, Romney, voted to convict.