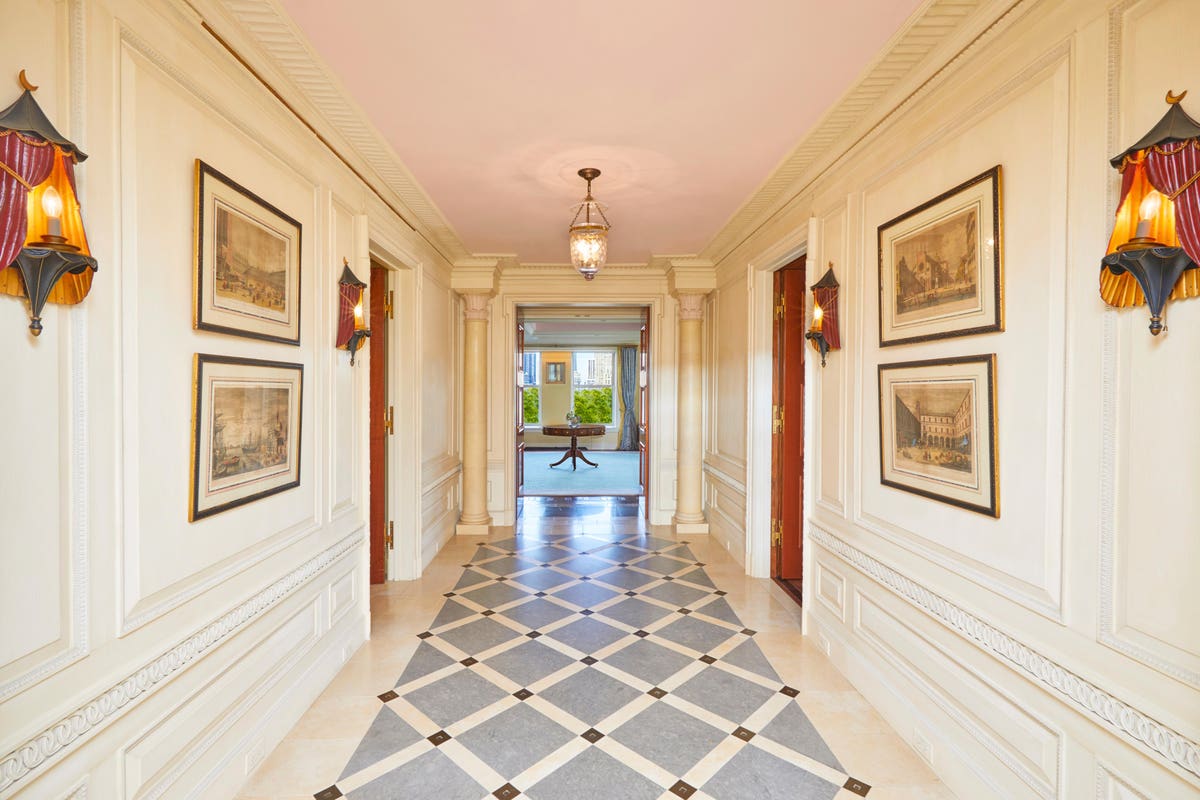 The former Manhattan pied-à-terre of late theatrical producer James Nederlander, listed for $27.5 million in 2019, will be auctioned off later this week with no reserve.

The auction of #10 at 838 Fifth Ave., a condominium right by Central Park, is being held by Platinum Luxury Auctions and will take place on Feb. 19. The current listing price is $16.99 million.

The unit occupies the entire 10th floor of the limestone building, with windows overlooking the park, parquet floors and coffered ceilings. It comes with three bedrooms and 3 1/2 bathrooms. A one-bedroom, one-bathroom staff apartment is located on the building’s first floor.

The apartment was decorated by interior designer Carleton Varney and features a wood-paneled library and four fireplaces.

Property viewings will be held daily by appointment only until the auction, which will take place in person, starting at 7 p.m. Eastern on Feb. 19. Remote bidding will also be allowed via an in-person representative or A/V feed into live bidding venue.

Auctions have become a common way to sell luxury homes and estates in recent years to throw a bigger spotlight on high-end properties.

The building was constructed in 1951 and designed by Harry M. Prince, who also designed the Carlyle Hotel. It housed the offices of the Union of American Hebrew Congregations before being converted into a residence in 1999. The exterior features inscriptions that read, “Love Thy Neighbor as Thyself,” and “Do Justice. Love Mercy. Walk Humbly With Thy God.”

Nederlander and his wife Charlene purchased the unit in 2006, and largely used it while conducting business in the city. Nederlander, a 10-time Tony Award winner, for musicals such as 1984’s La Cage aux Folle and the play Copenhagen in 2000, served as chairman of the Nederlander Organization, one of the country’s largest operators of live theaters and music venues, including nine Broadway theaters.