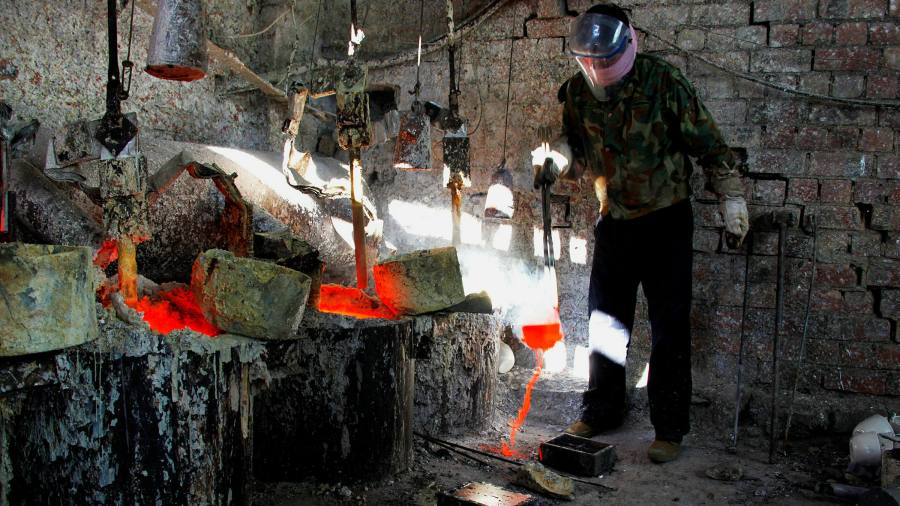 China is exploring whether it can hurt US defence contractors by limiting the export of rare earth minerals that are crucial for the manufacture of F-35 fighter jets and other sophisticated weaponry, according to people involved in a government consultation.

The Ministry of Industry and Information Technology last month proposed draft controls on the production and export of 17 rare earth minerals in China, which controls about 80 per cent of global supply.

Industry executives said government officials had asked them how badly companies in the US and Europe, including defence contractors, would be affected if China restricted rare earth exports during a bilateral dispute.

“The government wants to know if the US may have trouble making F-35 fighter jets if China imposes an export ban,” said a Chinese government adviser who asked not to be identified. Industry executives added that Beijing wanted to better understand how quickly the US could secure alternative sources of rare earths and increase its own production capacity.

China’s own rare earth security isn’t guaranteed. It can disappear when the US-China relationship deteriorates or Myanmar’s generals decide to shut the border

Fighter jets such as the F-35, a Lockheed Martin aircraft, rely heavily on rare earths for critical components such as electrical power systems and magnets. A Congressional Research Service report said that each F-35 required 417kg of rare-earth materials

The Chinese move follows deteriorating Sino-US relations and an emerging technology war between the two countries. The Trump administration tried to make it harder for Chinese companies to import sensitive US technology, such as high-end semiconductors. The Biden administration has signalled that it would also restrict certain exports but would work more closely with allies.

Beijing’s control of rare earths threatens to become a new source of friction with Washington but some warn any aggressive moves by China could backfire by prompting rivals to develop their own production capacity.

In a November report, Zhang Rui, an analyst at Antaike, a government-backed consultancy in Beijing, said that US weapons makers could be among the first companies targeted by any export restriction.

China’s foreign ministry said last year it would sanction Lockheed Martin, Boeing and Raytheon for selling arms to Taiwan, the self-ruled island that Beijing claims as its sovereign territory.

The proposed guidelines would require rare earth producers to follow export control laws that regulate shipments of materials that “help safeguard state security”. China’s State Council and Central Military Commission will have the final say on whether the list should include rare earths.

Rare earth minerals are also central to the manufacture of products including smartphones, electric vehicles and wind turbines.

Some executives and officials are, however, questioning the wisdom of formally including rare earths in the export control regime. They argue that it would motivate Beijing’s rivals to accelerate their own production capacities and undermine China’s dominance of the industry.

“Export controls are a doubled-edged sword that should be applied very carefully,” said Zhang of Antaike.

The Pentagon has become increasingly concerned about the US reliance on China for rare earths that are used in everything from precision-guided missiles to drones.

Ellen Lord, the top defence official for acquisitions until last year, told Congress in October that the US needed to create stockpiles of certain rare earths and re-establish domestic processing. She said the US had a “real vulnerability” because China floods the market to destroy any competition any time nations are about to start mining or producing.

In recent months, the Pentagon has signed contracts with American and Australian miners to boost their onshore refining capacity and reduce their reliance on Chinese refiners.

The US National Security Council did not respond to a request for comment.

Chinese rare earth miners themselves are worried about the enhanced power the regulations would give MIIT to control their output.

China began setting rare earth production limits in 2007 to keep prices high and reduce pollution but the policy is not legally binding and many miners regularly exceed their output quota. The latest regulations would allow the government to impose steep fines for unapproved sales.

“The new rule is not going to make China stronger in the global supply chain when local mines can’t operate at full capacity and an export ban is easier said than done,” said an executive, who asked not to be identified, at Guangdong Rare Earth Group, one of the nation’s largest rare earth groups. 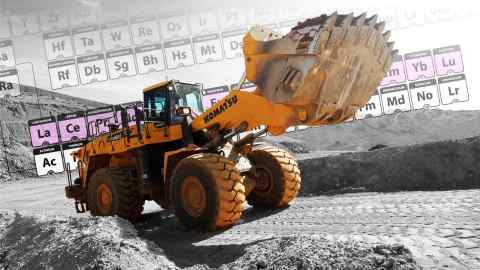 In a statement, MIIT said the new law would help “protect national interest and ensure the security of strategic resources”.

According to government statistics, China’s demand for rare earths is so high that it has consistently exceeded domestic supply over the past five years, prompting a surge of Chinese imports from miners in the US and Myanmar.

A wide range of industries are driving demand for the strategic resource, including China’s electric vehicle and wind power generation sectors.

“China’s own rare earth security isn’t guaranteed,” said David Zhang, an analyst at Sublime China Information, a consultancy. “It can disappear when the US-China relationship deteriorates or Myanmar’s generals decide to shut the border.”

While China’s dominance in rare earth mining is under threat, it maintains a near monopoly in the refining process that turns ores into materials ready for manufacturers.

Industry executives, however, said China’s strength in refining had more to do with its higher tolerance for pollution than any technological edge.