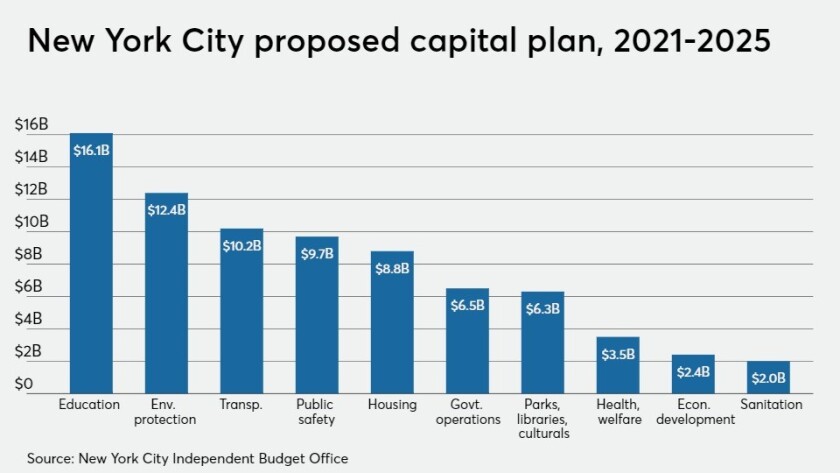 Still, IBO warned that both risks and potential remain amid the lingering COVID-19 crisis, notably in federal and state aid levels, the effects of vaccine distribution and the finances of the state-run Metropolitan Transportation Authority, which operates regional mass transit.

De Blasio acknowledged this last month when he rolled out his $92.3 billion fiscal 2022 preliminary budget, which the 51-member City Council is considering ahead of the June 30 deadline for passage.

“Nevertheless, passage of such a massive aid package is far from certain,” IBO said.

“Such actions could leave the city facing a choice between reducing services or replacing lost state funding with city resources.”

IBO also warned that a tax increase of up to two percentage points on high-income earners, which Albany lawmakers are considering, would disproportionately affect city residents and by extension, the city’s budget.

While the city’s financial plan assumes $1 billion annually in unspecified savings from 2022 through 2025, “it is still uncertain how the planned savings will be achieved in the upcoming fiscal years and what actions could have for the provision of city services,” IBO said.

Union agreements to defer retroactive payments and payments to their welfare funds until the next fiscal year, deferring the threat of layoffs.

The current $78 billion five-year capital commitment plan is down $1.4 billion from a year ago. Education, transportation and public safety funding account for the decrease.

Bond rating agencies have hit New York with multiple downgrades and warnings over the past year.