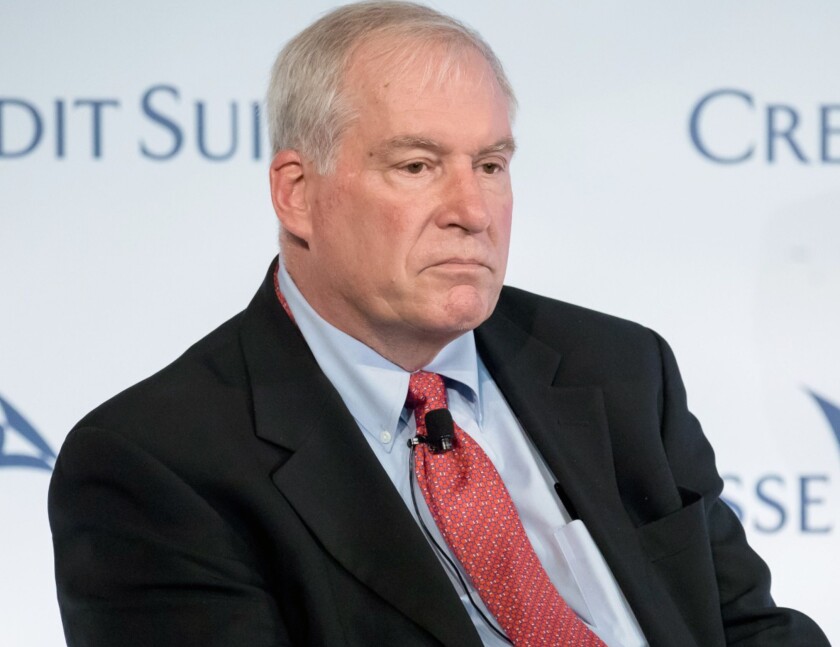 “I would be very surprised if we see a sustained inflation rate at 2% in the next year or two with labor markets as disrupted as they have been,” Rosengren said in a virtual panel discussion Wednesday.

He said he wouldn’t be surprised to see higher inflation prints in the near term as some prices move up and the low rates of inflation last year drop out of statistical comparisons.

Economists are expecting a pick-up in prices, though several Fed officials have pushed back against the idea that this would cause them to drop their commitment to stimulative policy soon. Those policy makers include San Francisco Fed President Mary Daly, who on Tuesday warned that the “fear” of too-high inflation could cost millions of jobs.

Rosengren is not a voter on the Federal Open Market Committee this year. The unemployment rate in January was 6.3% though Fed Chair Jerome Powell said broader measures would put it closer to 10%.

The Boston Fed chief said he is concerned about the risk of scarring in the labor market the longer the pandemic persists, particularly for working-age women who have left the workforce to care for children because schools have shut down.

“I am very worried about disruptions in capital and labor markets,” he said. “If we don’t address this aggressively it could become more persistent.”