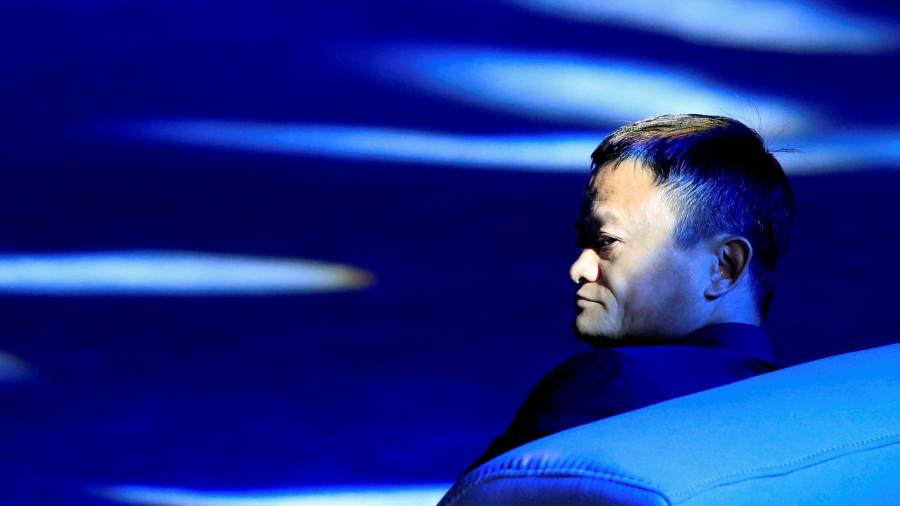 The online lending unit of Ant has been forced to rein in its business since President Xi Jinping ordered regulators to scrap its $37bn initial public offering and tighten supervision of the company.

Ant, whose Alipay app is China’s biggest payments platform, has been a significant operator in the country’s booming online credit market. Its internet lending business served 500m customers in the 12 months to June, while the outstanding consumer loans enabled by Ant’s platform reached Rmb2.2tn ($339bn) as of the same month.

But as the company has come under pressure, Chinese borrowers have turned to alternative lending platforms, many of which charge higher interest rates because they lack Ant’s economies of scale and have less sophisticated systems to identify and manage risk.

Six online lending platforms told the Financial Times they had experienced an uptick in business in the wake of the pulling of Ant’s IPO. A business development manager at Jiedai Dawang, a lender in Chongqing, said its loan applications surged by almost a third in January.

“Ant is shrinking its lending operation because of policy pressure,” said the executive at Jiedai Dawang, whose name translates as Credit King. “We don’t have this issue and can grow our business freely.”

“Borrowers will be more likely to default when they pay 25 per cent interest to a small lender than 18 per cent to Ant,” said Bo Zhuang, an economist at TS Lombard, a London-based consultancy.

Credit lines provided by Huabei, Ant’s credit card service, and Jiebei, its consumer loan business, have been sharply reduced for many borrowers since the end of last year.

Haley Zhang, a Shanghai-based marketing assistant, began taking credit from LexinFintech, an online lending platform that charges interest of more than 20 per cent, after Ant cut her borrowing limit from Rmb6,000 to under Rmb3,000 in December. “There is nothing wrong with taking loans to improve my livelihood,” said Zhang, who earns Rmb6,000 a month. “If I can’t borrow from Ant, I’ll go somewhere else.”

But Ant’s economies of scale also reduced consumers’ interest costs at a time when the People’s Bank of China has warned about increasing household debt, which has surged over recent years to more than 60 per cent of GDP.

The PBoC has cautioned that China should not rely on online lending to drive consumption, which has been lagging behind despite the economy’s sharp rebound from coronavirus. Ant issued about one-tenth of all of China’s non-mortgage consumer loans last year.

As part of a government-ordered reorganisation of Ant, its consumer lending unit will be placed in a new financial holding company and regulated by China’s central bank, more like a traditional lender. Analysts predict that this will severely hit Ant’s growth and valuation.

The crackdown on Ant comes as Chinese authorities target the business interests of Ma, once the country’s richest person. The billionaire, who also founded ecommerce group Alibaba, has largely disappeared from public view since criticising China’s regulators and banks in a speech in October.

Ant said it had “adjusted the [credit] quota for certain young users in order to promote more rational consumption habits”.

Much of Ant’s lending came from partner banks rather than its own balance sheet, and the company used high-tech algorithms to match borrowers with banking partners. Those capabilities allowed Ant to keep lending rates relatively low, while its competitors have to charge higher fees as they are less able to accurately price risk.

“Huabei and Jiebei can issue relatively cheap loans because [their] data [enable] them to better identify credible borrowers,” said an executive at a competing platform. “Few rivals have that capacity.”

The expansion of small lenders has also been facilitated by large, state-owned banks’ failure to meet demand for consumer credit, with many instead focusing on big corporate clients.

The coronavirus crisis has made Chinese households more reliant on short-term borrowing, too.

“It is natural for risk-averse banks to turn down subprime borrowers,” said Huang Dazhi, a researcher at Suning Institute of Finance. “But the demand is there and someone needs to fill it.”

Video: Why the Ant IPO got cancelled
This article was originally published by Www.ft.com. Read the original article here.