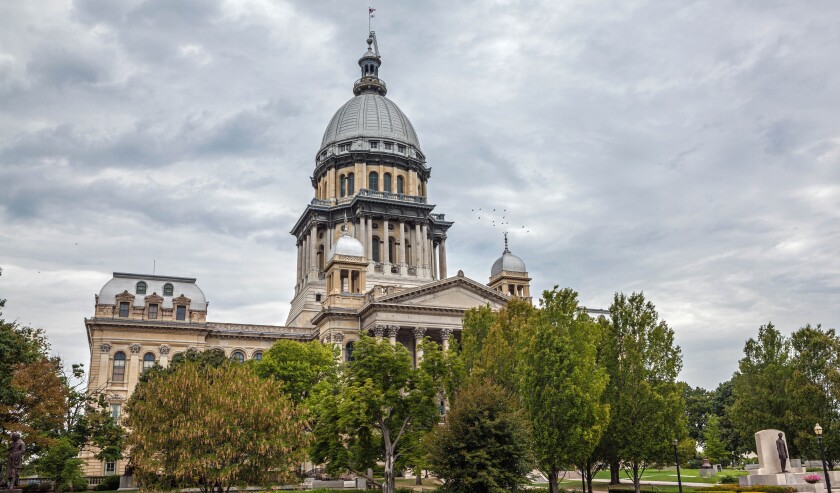 The fate of Illinois’ S&P bond rating will depend on its recovery from COVID-19, federal stimulus and the final form of its fiscal 2022 budget, the rating agency said Thursday.

The proposed budget could be a small step toward putting the state on firmer financial footing, S&P said.

The rating agency stopped short of indicating that the budget will draw any rating action. It rates Illinois general obligation bonds at the lowest investment grade level of BBB-minus with a negative outlook. Analysts moved the outlook to negative early in the course of the pandemic.

S&P “acknowledges that this is only a budget proposal and there is uncertainty about the pace of economic recovery and prospects for additional federal stimulus,” says the report titled “Fiscal Stabilization On The Horizon For Illinois?” from lead Illinois analyst Geoffrey Buswick and secondary analysts Blake Yocom and David Hitchcock.

“Future credit direction will be evaluated as greater clarity is available on these key issues,” they wrote. The comments signal that while the budget lacks any notable rating alarms, a return to a stable outlook hinges on factors not yet clear.

Pritzker’s budget plan, which would be voted on in late spring, doesn’t rely on new federal dollars to make up for revenue lost to the pandemic and the final size and timing of passage of federal aid by Congress remains in question. The state would use funds to pay down its short-term federal borrowing that helped balance the fiscal 2020 and 2021 budgets and possibly its unpaid bill backlog.

The budget doesn’t include an income or any major tax hike but would have lawmakers sign off on eliminating more than $900 million of corporate tax breaks. “Legislative scrutiny of the tax-structure proposal could limit change and revenue projections,” the S&P report warned.

Voters rejected in November a constitutional amendment Pritzker spearheaded to move to a progressive income tax structure from the current flat one and to raise taxes on top earners by $3 billion annually.

Pritzker is a Democrat and enjoys a supermajorities in the House and Senate but some Democrats have voiced concerns over some of the corporate tax measures.

Other risks lay ahead. The state’s fiscal recovery and improving revenue projections could suffer setbacks if permanent changes in business, travel, or consumer patterns in and around Chicago occur, S&P said.

The $41.7 billion general fund budget proposal is slightly smaller than the initial $42 billion budget proposed last year before the pandemic began and $1.8 billion or 4.2% less than the final fiscal 2021 plan when not counting an infusion of $2 billion of Municipal Liquidity Facility borrowing. A $77 million surplus is expected this year and then a $120 million surplus is projected at the end of fiscal 2022.

S&P considers the budget balanced on a fiscal 2022 cash basis but it’s not structurally balanced due to its treatment of pension obligations. The state will pay $9.4 billion to fund pensions, $739 million more than this year, but that falls far short of an actuarial funding level.

“With just under a 40% average funded ratio, the state pension system plans are more dependent on favorable investment returns and are exposed to market volatility,” S&P said. The other postemployment benefit liability adds to credit risk with an unfunded liability of $56.9 billion.

The state’s bill backlog remains a drag on its rating but it’s down to about $5 billion, a $2 billion improvement from this time last year. The pandemic continues to weigh on economic activity especially unemployment but the New Year has brought improved conditions, S&P said.