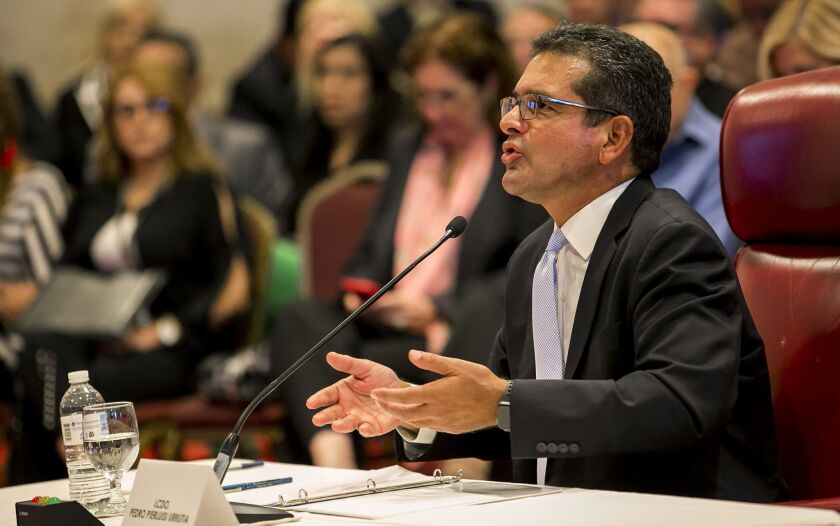 Puerto Rico’s fiscal year 2018 CAFR is not available despite the fiscal year having ended 32 months ago. Standard practice is for U.S. local and state governments to have CAFR’s available within six months after the end of the fiscal year.

Several months ago the board hired John Hill, chief executive officer of the JHill Group, to advise the board on financial matters. Hill worked as chief financial officer to Detroit during its bankruptcy and, earlier, was executive director for the Washington, D.C. Control Board in the 1990s.

At Friday’s Oversight Board meeting Hill shared several suggestions to advance the creation and release of Puerto Rico’s CAFRs.

Hill said advancing the CAFRs, creating the ERP System, and setting up an OCFO would support each other. However, Puerto Rico government workers are simultaneously working on both of the first two goals and this should stop, he said. There should be professionals just focusing on advancing the CAFRs.

Hill said to catch up on the CAFRs it would make sense to have one CAFR cover several years. The board should prepare a timeline to complete the CAFRs and identify the money and other resources needed to get the project done in a reasonable time period.

Board President David Skeel said he was intrigued by the idea of combining several years in a single CAFR.

Gov. Pedro Pierluisi, who was a non-voting member at the board’s virtual meeting, said advancing the CAFRs would be one of his priorities. He said Hill’s recommendations were “well taken” and that his government would respond to them.

The board voted unanimously to approve a letter to Pierluisi with Hill’s recommendations. Board Member Andrew Biggs was absent from Friday’s meeting.

On Thursday Puerto Rico’s Treasury Department sent out a statement saying Puerto Rico Treasury Secretary Francisco Pares Alicea would take steps to pressure agency heads to provide the financial information for the fiscal year 2018 CAFR. He said this CAFR would be available in April or May.

In another development at Friday’s board meeting, Board Executive Director Natalie Jaresko was asked what would happen to the central government bond deal if either bond insurer Assured Guaranty or bond insurer National Public Finance Guarantee withdrew their support, as the agreement permits before April 1.

Jaresko said that while the agreement requires the support of the holders of 70% of outstanding par, the board said it was confident it could get this even without the bond insurers’ support.

The board reached the agreement’s 70% threshold for activation less than 12 hours after it announced the agreement Tuesday, she said. The board is compiling lists of potential supporters of the agreement in case any of the signatories withdraw their support, the board announced Wednesday.