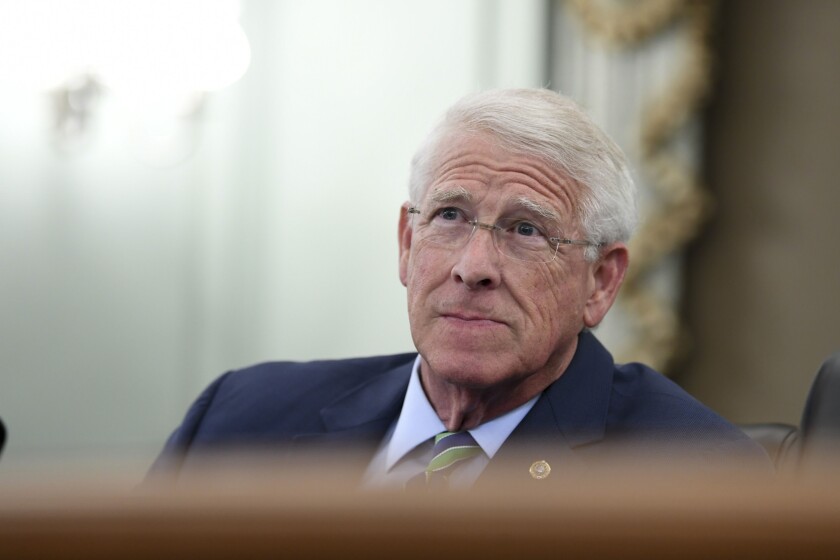 Bipartisan bills to expand the use of tax-advantaged bonds that are being reintroduced in the new Congress have favorable odds for being signed into law this year.

The most notable one for the public finance sector came first on Thursday with the reintroduction of a Senate bill to reinstate tax-exempt advance refunding sponsored by Sen. Roger Wicker, R-Miss.

Other bills expected to be reintroduced in the coming weeks involve other muni-friendly provisions of last year’s House-passed infrastructure bill known as Moving Forward Act, which died in the then-Republican-controlled Senate.

“Everything is queued up,” said Emily Brock, director of the federal liaison center of the Government Finance Officers Association. “This time I get the feeling the next step is integrating major tax concepts into an infrastructure bill.”

Reinstatement of tax-exempt advance refunding is a top priority among various public finance groups ranging from the Securities Industry and Financial Markets Association to the Bond Dealers of America and government groups such as the Government Finance Officers Association.

Wicker is one of eight Senate Republicans who are sponsoring the advance refunding bill, which has seven Democratic cosponsors led by Sen. Debbie Stabenow of Michigan.

The legislation has been named the LOCAL Infrastructure Act with LOCAL serving as an acronym for Lifting Our Communities through Advance Liquidity.

SIFMA President and CEO Kenneth Bentsen, Jr. called the reintroduction of the Wicker-Stabenow advance refunding bill a signal of “their commitment to infrastructure investment.”

“By reducing their debt service expenses, states and localities would free up their borrowing capacity for new investments in infrastructure and other important public projects, in turn boosting their local economies with the creation of new jobs and making public services more affordable,” Bentsen said.

A House version of the bill also is expected to be reintroduced soon by its bipartisan cosponsors, Reps. Dutch Ruppersberger, D-Md., and Steve Stivers, R-Ohio.

Their Investing in Our Communities Act had 31 cosponsors in the last Congress, including eight Republicans. Among the GOP sponsors was Rep. Sam Graves of Missouri, the ranking Republican on the House Transportation and Infrastructure Committee.

A spokesman for Ruppersberger said Friday the sponsors are optimistic that their advance refunding measure will be included in comprehensive infrastructure legislation this year. Spokesman Jamie Lennon also said the House advance refunding bill is expected to be reintroduced around mid-March. “We are currently gathering original cosponsors,” Lennon said in an email.

Wicker also was the co-author in the last Congress with Sen. Michael Bennet, D-Colo. of bipartisan legislation to restore direct-pay bonds for financing infrastructure.

The Wicker-Bennet American Infrastructure Bonds Act as proposed in the last Congress would provide a 35% federal subsidy to taxable bonds from the date of enactment through 2026, when the subsidy would drop to an estimated revenue-neutral rate of 28%.

Other muni-related provisions of last year’s House infrastructure bill included an increase to $30 million from $10 million for small borrowers for the amount of tax-exempt bonds that they can issue in a year and remain eligible to sell them to banks under favorable bank-qualified status.

The lead bipartisan House sponsors of the small borrower bill are expected to continue to be Democratic Rep. Terri Sewell of Alabama and Republican Rep. Tom Reed of New York.

This year’s infrastructure legislation is expected to have a strong focus on climate change, which should boost the chances for inclusion of legislation proposed in the last Congress by Sens. Bennet Rob Portman, R-Ohio, known as the bipartisan Carbon Capture Improvement Act.

The Bennet-Portman bill would allow the use of tax-exempt private activity bonds for 100% of the eligible equipment that is used for capturing and injecting into the ground more than 65% of carbon dioxide emissions from a given facility. If less than 65% is captured and sequestered, then tax-exempt financing would be permitted on a prorated basis.

Another provision of last year’s House infrastructure bill would have created a new program of $30 billion for qualified school infrastructure bonds through annual increments of $10 billion.

Another muni-friendly bill proposed in the last Congress involved raising the current cap on PABs used for surface transportation and freight improvement projects by $5.8 billion. That proposal by Sens. Mark Warner, D-Va., and John Cornyn, R-Texas, was known as the Building United States Infrastructure and Leveraging Development (BUILD) Act.