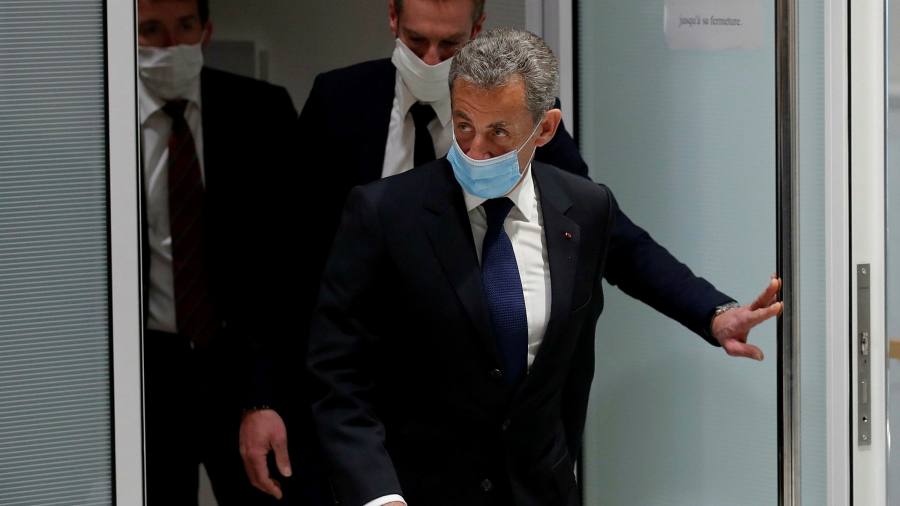 Nicolas Sarkozy, the former French president, was found guilty of corruption and influence peddling by a Paris court on Monday and sentenced to three years in prison, two of them suspended.

Sarkozy, who had maintained his innocence, is the second French president in a decade to be convicted after leaving office. The late Jacques Chirac was convicted in 2011 of misusing public funds during his time as Paris mayor and was handed a suspended sentence.

The court found that Sarkozy, a 66-year-old politician who is still popular with centre-right voters, had entered a pact with his lawyer Thierry Herzog and former judge Gilbert Azibert. Mr Sarkozy can appeal against the ruling.

Prosecutors said Sarkozy had promised a job in Monaco for Azibert in exchange for information about another case in which he was accused of accepting illegal funds from Liliane Bettencourt, the L’Oréal heiress, for his successful 2007 presidential election campaign.

Herzog and Azibert both received the same sentence as Sarkozy.

Home price increases slowed in April for the first time in months, S&P Case-Shiller says
Traders debate whether Solana (SOL) is a buy now that it’s down 87% from its all-time high
Norway strikes threaten to cut off gas supplies to UK within days
Vintage Meets Mid-Century Modern At This Iconic Platform House
Labour ready to fight Johnson over effects of Brexit, says Starmer