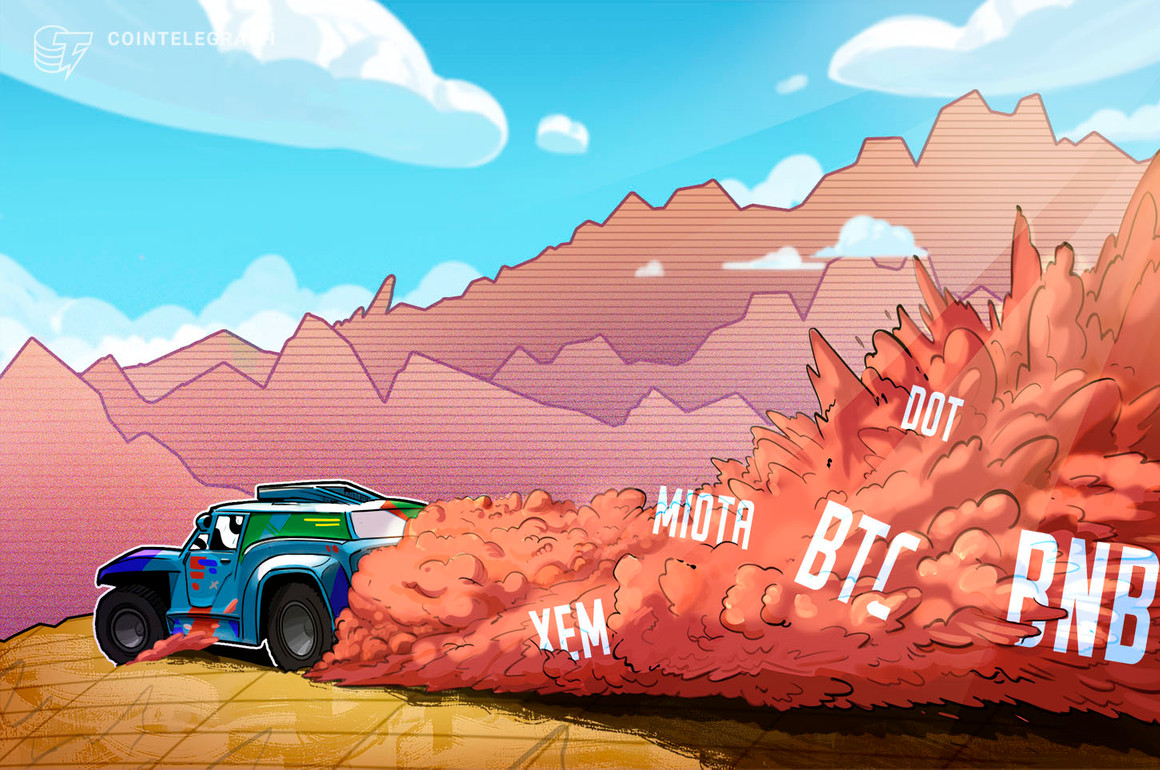 Bitcoin (BTC) price has been correcting in the past few days and traders are curious to know whether this is a minor pullback or the start of a deeper decline. The problem is that no one has a crystal ball and analysts can only point to critical support levels that may hold based on historical data and evidence.

However, in a bear phase, the price tends to slip below key support levels as traders panic and sell out of fear, similar to how the price exceeds the upside targets during a bull run as traders buy due to FOMO.

March has historically been a weak month for Bitcoin, which suggests seasonal traders may prefer to wait and watch rather than jump to buy on dips. This lack of demand may be one of the reasons for the Grayscale Bitcoin Trust premium dipping into the negative over the past week.

However, not all the data is bearish. On Feb. 26, Moskovski Capital CEO Lex Moskovski pointed out that Bitcoin miners positions turned positive on Feb. 26 for the first time since Dec. 27. Adding to this, CryptoQuant CEO Ki Young Ju said the large Coinbase outflows in the past few days suggest that institutions are still accumulating at lower levels.

This data seems to be inconclusive and does not provide an immediate picture of whether the advantage is with the bulls or the bears. Let’s study the charts of the top-5 cryptocurrencies that may outperform in the next few days.

Bitcoin has broken below the 20-day exponential moving average ($47,441), which is the first indication of the start of a deeper correction. The next critical support is the 50-day simple moving average at $41,066. The price has not closed below this support since Oct. 9, hence the level assumes significance.

The bulls are likely to defend the 50-day SMA aggressively. If the price rebounds off this support and rises above the 20-day EMA, it will suggest the sentiment remains bullish and traders are buying on dips.

However, the flat moving averages and the relative strength index (RSI) just below the midpoint suggest the bulls are losing their grip.

If the bears sink the price below the 50-day SMA, it will indicate that supply exceeds demand and traders are booking profits in a hurry. Such a move could pull the price down to the Feb. 8 intraday low of $38,000.

The downsloping 20-EMA and the RSI in the negative zone suggest that bears are in control. The price is now approaching the critical support at $41,959.63.

If the price rebounds off this support, the bulls will try to push the price above the 20-EMA. If they succeed, it will suggest that bulls are accumulating the dips aggressively. The BTC/USD pair may then rise to the 50-SMA and then $52,000.

Conversely, if the $41,959.63 support breaks and the bears flip it to resistance, then a deeper correction is likely.

The price has currently dropped to the 20-day EMA ($194) where the buyers may step in. If the price rebounds off this support and breaks above the downtrend line, the BNB/USD pair may again attract buying from short-term traders. That could push the price to $280 and then to $300.

The 20-day EMA has flattened out and the RSI is just above the midpoint, indicating a balance between supply and demand. However, if the bears sink and sustain the price below the 20-day EMA, it will suggest that supply exceeds demand, The pair could then correct to $167.3691 and then $118.

The 4-hour chart shows the formation of a descending triangle pattern that will complete on a breakdown and close below $189. If that happens, it will suggest that the top is in place and the pair could then drop to $118.

Conversely, if the bulls defend the support at $189, it will suggest that the sentiment remains positive as the bulls are buying on dips to strong support levels. A breakout and close above the downtrend line will invalidate the bearish setup and that may result in a rally to $280.

Polkadot (DOT) is correcting in an uptrend. The long tail on the Feb. 23 and Feb. 26 candlestick suggests that the bulls are attempting to defend the 20-day EMA ($30.49). However, the long wick on the rebound on Feb. 27 shows that demand dries up at higher levels.

The 20-day EMA is flattening out and the RSI is dropping towards the center, which suggests the bullish momentum is weakening. However, during the recent bull run, the DOT/USD pair has repeatedly taken support at the 20-day EMA.

The 4-hour chart shows the price is currently trading inside a symmetrical triangle. If the bears can sink the price below the support line of the triangle, the pair could drop to $25.7817 and then to the pattern target at $18.70.

The downsloping 20-EMA and the RSI in the negative territory suggest a minor advantage to the bears in the short term. But if the price rebounds off the current level, the bulls will try to push the price above the triangle. If they succeed, the pair may rise to $42.2848.

The bulls defended the 20-day EMA ($0.475) on Feb. 26, which shows that the sentiment remains positive and traders are buying on dips. The bulls are currently attempting to resume the uptrend in NEM (XEM).

The upsloping moving averages and the RSI above 63 suggest the path of least resistance is to the upside. If the bulls can drive the price above $0.5051, the XEM/USD pair could rally to $0.7637. A breakout of this resistance could open the doors for an up-move to $0.9607.

Contrary to this assumption, if the price turns down from $0.5051, the pair may consolidate for a few days before starting the next trending move. A break and close below the 20-day EMA will suggest the start of a deeper correction.

The 4-hour chart shows the price is stuck between $0.439 and $0.63 for the past few days. Both moving averages are sloping up marginally and the RSI is just above the midpoint, which suggests a minor advantage to the bulls.

MIOTA has been in a corrective phase since topping out at $1.554775 on Feb. 19. While the pullback has been sharp, the positive sign is that the bulls have been successfully defending the 20-day EMA ($1.09) for the past few days.

The 20-day EMA has flattened out and the RSI is also trading just above the midpoint, indicating a balance between supply and demand. Attempts by the bulls and the bears to assert their supremacy have failed in the past few days.

This equilibrium may tilt in favor of the bulls if they can push and sustain the price above the overhead resistance at $1.30. In such a case, the MIOTA/USD pair may rally to $1.554775.

The 4-hour chart shows the formation of a symmetrical triangle, which generally acts as a continuation pattern. Both moving averages are gradually turning down and the RSI is in the negative territory, indicating advantage to the bears.

The pair has broken below the support line of the triangle but the bulls are attempting to arrest the decline and push the price back into the triangle. If they succeed, it will suggest buying at lower levels. The bulls will gain the upper hand after the pair sustains above the triangle.

However, if the price turns down from the current levels, it may signal the start of a deeper correction.

The views and opinions expressed here are solely those of the author and do not necessarily reflect the views of Cointelegraph. Every investment and trading move involves risk, you should conduct your own research when making a decision.

Board membership, direction of Puerto Rico-based funds disputed
Pending home sales post surprise increase in May, likely due to brief pullback in mortgage rates
Abortion battle shifts to US Congress and midterm elections
Traders debate whether Solana (SOL) is a buy now that it’s down 87% from its all-time high
Stocks making the biggest moves premarket: Kohl’s, Micron, Apple and more