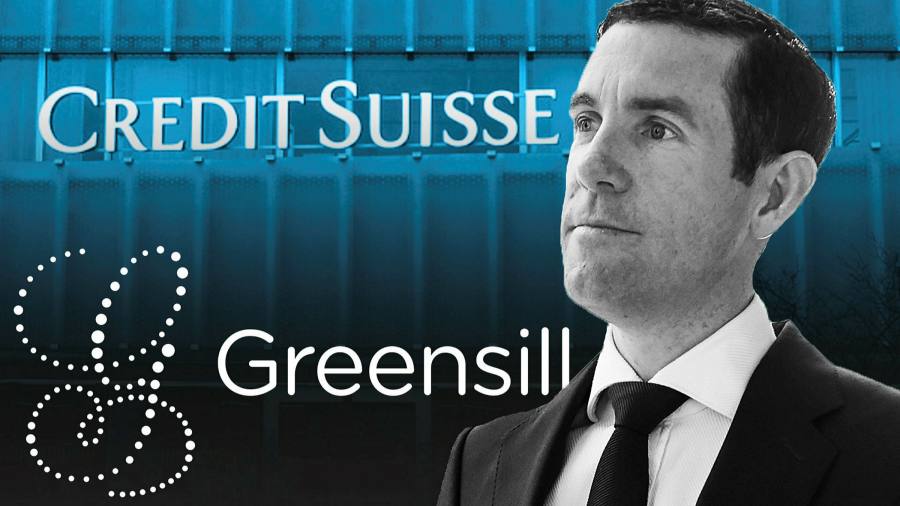 Credit Suisse has larger and broader exposure to Greensill Capital than previously known, with a $160m loan to the ailing finance company on top of an unusual relationship via the Swiss bank’s asset management division.

In October 2020, the Swiss bank lent $160m to Greensill’s Australian holding company, according to two people familiar with the matter. They added that the funding was intended to bridge a planned equity capital raise, which the company last year said could double its valuation to $7bn, but has failed to take place.

Executives at Credit Suisse are nervous about the overall fallout from their multiple ties to Greensill, which is backed by SoftBank and advised by former UK prime minister David Cameron.

Greensill was plunged into crisis on Monday after Credit Suisse suspended $10bn of funds linked to the firm, citing “considerable uncertainties” about the valuation of the funds’ assets. Greensill has since been scrambling for alternative funding, including a possible deal with Apollo Global Management, and seeking protection from insolvency laws. On Tuesday a second Swiss fund manager, GAM, ended its relationship with Greensill.

On top of investing its asset management clients’ money in Greensill-sourced assets, Credit Suisse also has a corporate lending relationship with the finance company itself.

The outstanding amount on the $160m bridge loan is now $140m after a portion was repaid, people familiar with its terms said. Documents at Companies House show the loan is guaranteed by Greensill’s main subsidiary in the UK.

One person with knowledge of the facility said that despite the crisis engulfing the firm, the Swiss bank felt it had “sufficient protection” on the loan even in a worst-case scenario.

In addition to the supply-chain finance funds and the bridge loan, the company’s founder Lex Greensill is also a client of Credit Suisse’s private bank. Greensill, a 44-year-old former banker from Australia, cemented his status as a paper billionaire when SoftBank’s Vision Fund poured $1.5bn of funding into his company in 2019.

Credit Suisse’s multipronged relationship with Greensill is unusual. While other funds invest in some of the bond-like assets the financial firm creates from corporate invoices, the Swiss bank’s $10bn of supply-chain finance funds have sourced virtually all of their assets from Greensill, which is uncommon in the industry.

The relationship even endured a high-profile controversy surrounding SoftBank’s circular investments in the fund last year.

Credit Suisse on Monday started an “outreach” effort to investors in the four supply-chain finance funds to explain the actions the bank may take to protect them, one of the people said. Retail investors do not have access to the funds, which are owned by wealthy individuals and companies.

Three of the four funds are fully covered by credit insurance. But policies protecting defaults in a portion of assets lapsed over the weekend and some of the remainder of the coverage rolls off in the coming months, the people familiar with the matter said. They added that while the insurance issue contributed to the decision to halt the funds’ originating new paper, the policies should still cover its existing assets.

The funds are invested in bond-like assets that get repaid when a company honours invoices to suppliers, or when its corporate customers pay bills owed to the business. Last year, several defaults in the funds were covered by insurers and Greensill itself.

Among the end-borrowers in the fund are companies linked to Sanjeev Gupta, the Indian-born industrialist who is one of Greensill’s largest clients.

Since Credit Suisse froze the funds, Greensill has sought protection from Australia’s insolvency regime. The company is hoping to invoke “safe harbour” protection in Australia, which shields directors from personal liability for a company trading while insolvent, according to people familiar with the matter.

While the bulk of Greensill’s business is based in London, its parent company is registered in the Australian city of Bundaberg, the hometown of its founder Lex Greensill.

Greensill has said that the idea for his supply chain finance company was shaped by his experiences growing up on a watermelon farm, where his family endured financial hardships when large corporations delayed payments.

Ether tests $1,200 but bears better positioned for $1.13B options expiry on Nov. 25
Why You Should Start A House Payoff Fund, Not Payoff Your Mortgage
Stocks making the biggest moves premarket: Deere, HP, Nordstrom and others
Three Resort Hotel Residences In Mexico Offering A Year-Round Vacation Experience
Latam Based Cryptocurrency Exchange Ripio Expands to US