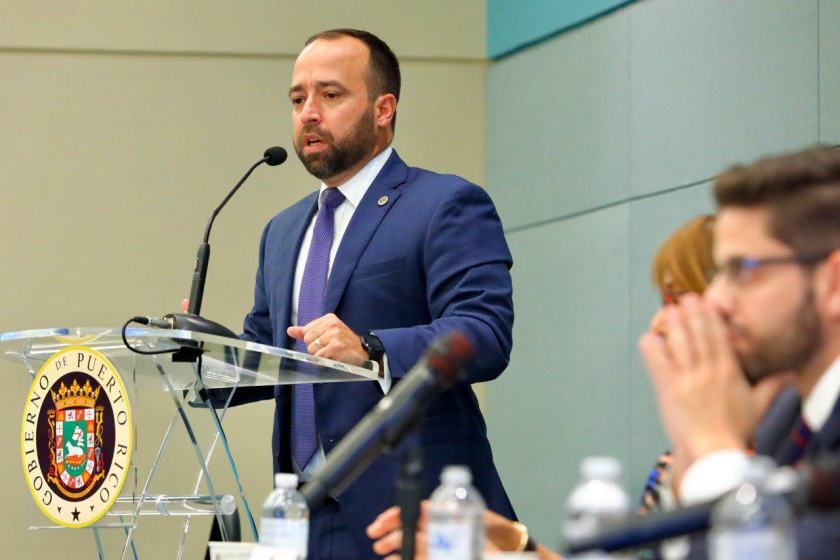 Puerto Rico’s leader of its debt oversight agency on Monday told high-yield investors that Puerto Rico’s central government was on the way to be able to sell new bonds.

Marrero said under the new central government debt deal all claims are reduced by 79%, if one adds the debts of the Employees Retirement System, Convention Center District Authority, Highways and Transportation Authority, and unsecured claims to the commonwealth-guaranteed debt.

“While the ultimate finding of being able to access the capital markets is uncertain yet, the significantly improved balance sheet of the island should facilitate this, which is one of the required milestones under [the Puerto Rico Oversight, Management, and Economic Stability Act], as you know, for the termination of the oversight of Puerto Rico,” Marrero said.

“Not only were we able to gain credibility through restructuring issuers COFINA [Puerto Rico Sales Tax Financing Authority], Puerto Rico Infrastructure Finance Authority Ports … but we were able to gain more credibility when we went back to the market in September and December 2020 with both the Public Housing Administration and the water utility,” Marrero said.

Marrero did not mention that the Puerto Rico Housing Finance Authority refunding in September 2020 was for bonds supported with U.S. Department of Housing and Urban Development money. Neither the Puerto Rico government nor any subsidiary of it provided the revenue stream for them.

Throughout his speech Marrero emphasized the value of the recent preliminary agreement with bondholders in lowering the debt burden on Puerto Rico.

On a different topic, he said the local government, of which he is a part, has “more than a disagreement” with the Oversight Board on cutting public pensions. It is a “gatekeeping issue.” Gov. Pedro Pierluisi has said he will not support a plan of adjustment that includes a cut to public pensions.

Marrero said Puerto Rico’s government cut pension benefits in the 1990s and more recently with Act 3 of 2013. He said the Pierluisi government does not feel any further cuts are needed from a legal or financial perspective.

“We’re talking about poor people,” Marrero said. “The monthly [pension] benefits average is $1,500.” If the cuts were to go through and elders didn’t have resources to support themselves, the local government would have to step in to help with social programs.