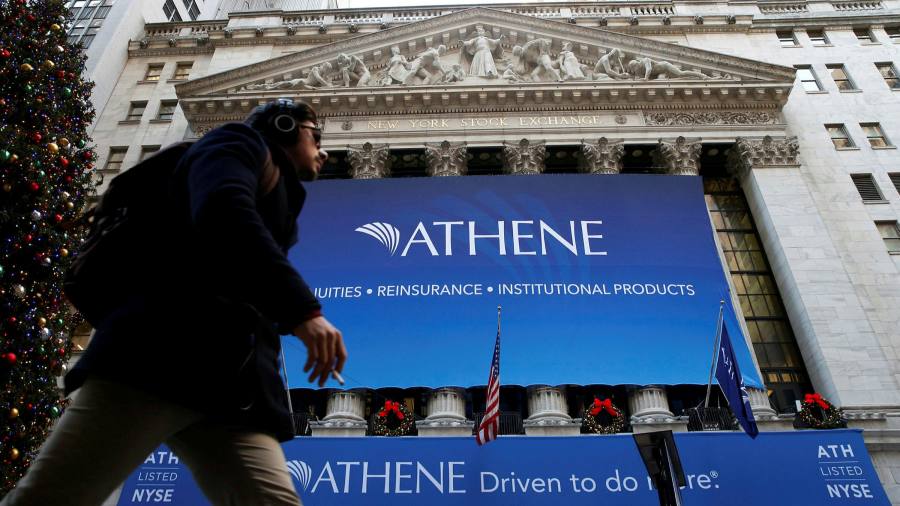 Apollo Global Management is to merge with Athene Holding, the life insurance company it created at the height of the financial crisis, transforming the alternative asset manager into a financial conglomerate with a market capitalisation worth close to $30bn.

The deal comes weeks after Leon Black announced he was to step down as Apollo chief executive, following an independent inquiry into his personal relationship with the late sex offender Jeffrey Epstein.

It also brings to an end a lucrative fee arrangement between the two companies that drew two lawsuits from Athene investors after it became the subject of a Financial Times investigation in 2018.

Apollo created Athene in 2009, seeing the insurance business as an opportunity to put clients’ capital to work buying corporate debts and other out-of-favour credit assets at beaten-down prices.

The strategy proved successful and Athene quickly became Apollo’s biggest client, paying enormous fees to the private equity firm, which was responsible for managing most of its balance sheet.

But that relationship angered investors. An FT investigation found that Apollo’s own executives had concluded they were charging hundreds of millions of dollars more than an independent asset manager would charge for the same services.

In 2019, two Athene shareholders sued over the arrangement, claiming that Apollo had used its influence over the insurer to award itself “exorbitant” fees that they said were tantamount to “looting” the insurer.

The lawsuits failed when a court in Bermuda ordered US-based Athene shareholders to drop their action in New York, saying they should litigate the issue on the island territory where Athene is registered. Apollo said at the time that the lawsuits were “completely without merit and would fail in any jurisdiction”.

But within weeks the private equity firm offered sweeteners to Athene investors, cutting its voting stake and ploughing an extra $1.6bn into the insurer. The concessions were “to try to correct the perceived misalignment” between the two companies, Black said at the time.

Now, Apollo has gone further, eliminating the distinction between the two companies altogether.