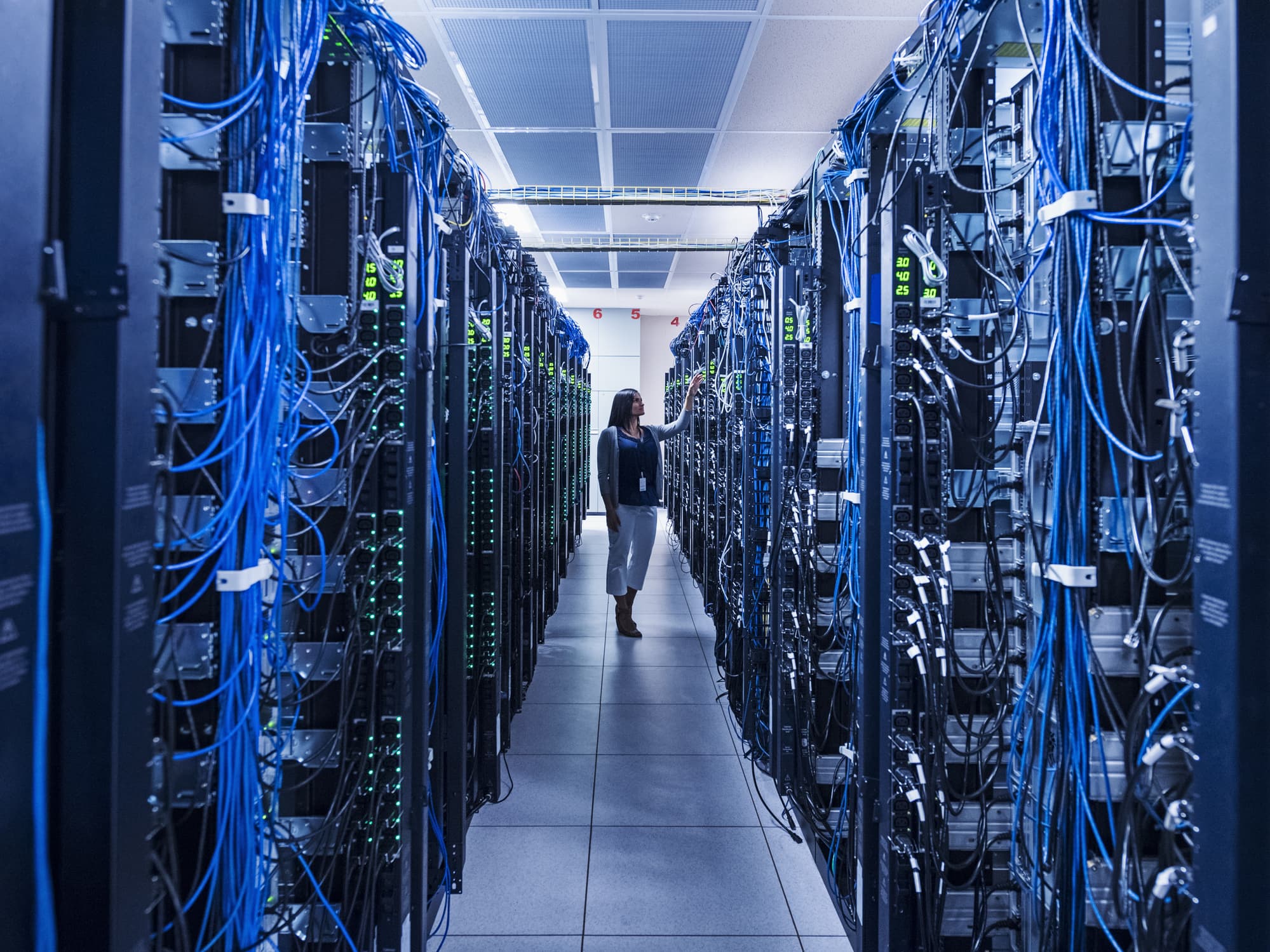 Data centers are primed to set growth records this year, according to a new report from commercial real estate company CBRE.

The buildings aren’t pretty. They’re big, boxy and nondescript. But they’re attractive real estate because they’re essential to how we live these days, housing the infrastructure that fuels everything from shopping online to working from home.

Growth in the data real estate sector is measured in power, not square footage, and demand is on the verge of booming, CBRE says.

“We know there’s already 500 megawatts of new build coming online now, almost 70% of which is pre-leased. And so we do believe that 2021 might be the record year, and then we’ll accelerate thereafter,” said Spencer Levy, senior economic advisor for CBRE.

“What’s going to be happening soon is the rise of what’s known as edge computing, getting closer to the consumer, because of self-driving cars, because work-from-home. It’s yet another accelerant of the need for more data center space,” he added.

In Ashburn, Virginia, about 30 minutes outside of downtown Washington, D.C., more than a dozen data centers huddle close to one another, and more are going up. Cranes rise and bulldozers roar. Northern Virginia is now the largest data center market in the world, accounting for more than 60% of the current construction pipeline of these centers in the U.S.

“Why are we seeing it spread from the big markets like New York, like Silicon Valley to the smaller markets? Cheaper power, redundancy,” Levy said.

It’s valuable for data centers to be bunched together. It allows for faster communication, networking effects, access to the cloud, and access to cheap power.

“This reminds me of New York City in the early 1920s, where everybody clustered near Wall Street because being close together was important, and it is exactly what we’re seeing from a data perspective here in Northern Virginia,” said Levy.

Aligned, one of the centers in Ashburn, began construction on a second Northern Virginia center last June. Last year it increased its credit facility to more than $1 billion to fund further expansion.

In addition to its previous backers, Aligned added new facility lenders, including ING Capital, Shinhan Bank New York Branch and TD Securities, according to a release.

“The increase in Aligned’s secured credit facility reflects their recognition of our strong market position and rising customer demand,” said Anubhav Raj, Aligned’s finance chief. “Armed with additional, patient capital, Aligned will be able to accelerate our short and long-term growth strategies, which extend to both domestic and global expansion opportunities.”

There are a handful of data center REITs, and they were the highest performing REIT sector in 2020. They ended the year up 21%. Major names include CoreSite Realty, CyrusOne, Digital Realty, Equinix and QTS Realty Trust.

While the sector is set to surge even more this year and beyond, demand for data centers did fell 11% last year to the second best year on record for leasing, according to CBRE. That was because companies froze their IT budgets due to the Covid pandemic.

But the disease’s impact on daily life, including forcing millions of people to work from home, sparked more demand for data. Supply grew by 5.9% in major data centers, but there is very little concern that the market is now oversupplied.

Demand should grow as the economy continues to reopen. Americans will go back to work, but they will also work from home more and use more streaming services for entertainment. Add to that the growth of self-driving vehicles and 5G technology, and data demand will swell.

“We expect rents to stabilize and then begin to rise, so I think there’s still there may still be some fall off in the short term,” Levy said. “But in the long term we expect rents to rise.”