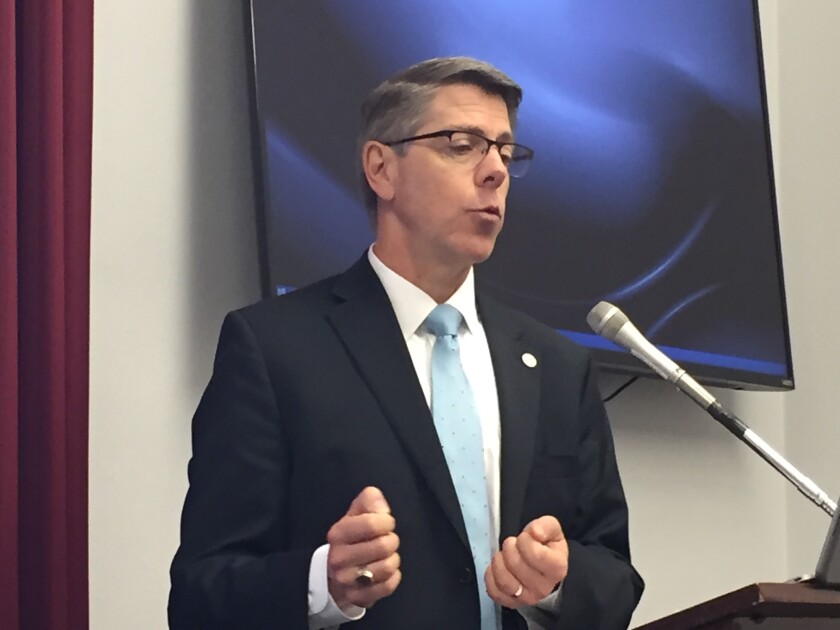 The acronym for Comprehensive Annual Financial Reports is being dropped because its pronunciation is offensive to Blacks in South Africa.

The connotation there is similar to the “N’’ word in the United States.

The Government Finance Officers Association announced Tuesday it is dropping all references to the acronym effective immediately. The organization said the acronym is “pronounced the same way as a profoundly offensive racial slur in South Africa.”

According to a Reuters story, “The word ‘kaffir’ was adopted as a derogatory term after 1948 when the Apartheid system was established. It now ranks as perhaps the most offensive term in South African English.”

GFOA’s board approved the decision Friday.

“The new name will be the Annual Comprehensive Financial Report,” GFOA CEO and Executive Director Chris Morrill said in an interview.

The Governmental Accounting Standards Board announced in December it is working on a project to eliminate the use of the acronym.

“Replacing the term would have no impact on the effort required to prepare, audit, or use GAAP-based financial statements,” GASB said in December.

“It should be noted, however, that because the terminology is ingrained in the AICPA’s auditing standards, the Blue Book, textbooks, and other professional literature, changing it would have a secondary impact as those publications are updated to reflect the change,” GASB said.

GASB Vice Chairman Jeff Previdi said in a Bond Buyer podcast aired March 9 that the use of the acronym predated the creation of GASB in 1984.

“The board recognizes that we function in a global environment even though we don’t set standards globally,” Previdi said. “We set standards in the U.S. We work with other global standard setters.”

GASB has been working closely with GFOA on this issue and will soon officially propose renaming the annual report by the same name that GFOA is adopting.

Morrill said GFOA came to its decision independently but is working closely with GASB.

“Coincidentally, we have a partnership with the South African equivalent of GFOA,” Morrill said. “They attend our conferences. That raised it to a higher level in terms of our dealing with it. We spent some time getting input from our members, from our staff, from key partners, before we made this decision.”

As part of the prelude to Tuesday’s announcement, Morrill said a GFOA staffer changed thousands of references to the acronym on the organization’s website.

“Our awards program had the same acronym so we changed it to the certificate of achievement,” he said. “GFOA changed the name of its national standing committee.” It’s now the Accounting, Auditing, and Financial Committee.

“So we made sure we got our house in order,” Morrill said.

“We’re trying to get the word out as we can.”