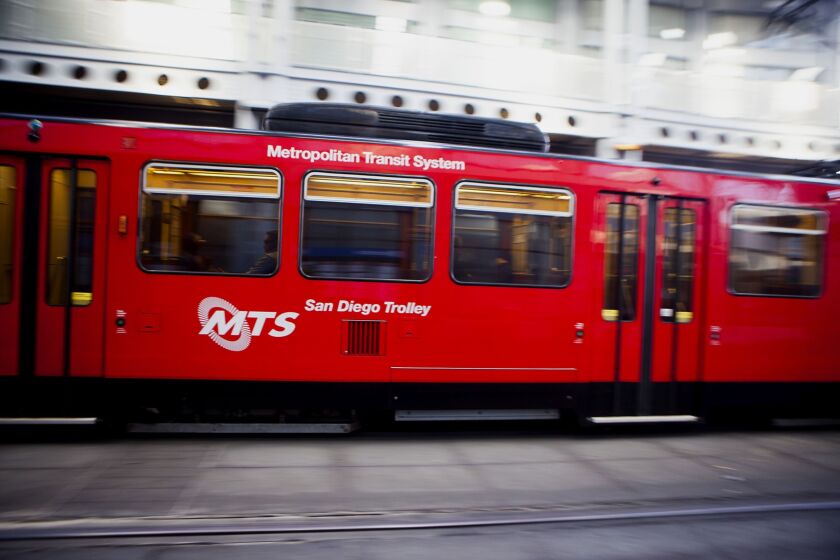 San Diego’s regional planning agency is trying to figure out what the world will look like after the pandemic recedes as it drafts a 30-year transportation plan.

The 21-member San Diego Association of Governments is fleshing out a 30-year, $177 billion blueprint to build roughly 350 miles of rail, including underground tunnels and a central station in the city’s Midway District that was unveiled in August.

A panel discussed that future during Friday’s SANDAG board meeting.

It will take at least that long to see consistency in post-pandemic traffic levels, so that transportation planners can accurately predict what level of traffic will return, said Bob Poole, director of Transportation Policy for the Reason Foundation, who spoke on the panel.

“I think it would be very unwise to commit to mega projects until the post-COVID trends result in consistent behavior,” Poole said.

Historically, SANDAG has used its five-year regional planning process to just update the list of projects funded by TransNet, the agency’s half-cent sales tax to fund transportation projects, but in this round it is trying to reimagine the regional transportation system, said Ray Major, SANDAG’s chief economist.

It involves calculating 30 years out on emissions and traffic patterns, Major said.

Before the pandemic, about 5% of the U.S. population worked from home, said Poole, who thinks that could grow to 15% to 20% even after the pandemic recedes.

“You see this already in terms of what is happening with office leasing,” Poole said.

In contrast, panelist Michael Manville, associate professor of urban planning at the UCLA Luskin Center, said though he believes some firms will offer work from home opportunities, he believes that work patterns will largely return to how it was before the pandemic as will traffic patterns. He added that it didn’t take long after the shutdown in March for traffic to return.

“Though Zoom is great, so many companies have mentioned that it’s the unplanned interactions between employees that generate the best ideas,” Manville said.

Lawsuits from environmental groups and state mandates adopted in 2018 have spurred SANDAG to emphasize mass transit and other alternatives to individual cars. They are also trying to encompass all the changes technology has wrought like ridesharing and a future that would could bring more electric vehicles to the road.

Panelists also explained various methods to fund the proposal from sales tax to congestion pricing; and fielded questions about how the board can trust revenue analysis, which has a history of being overstated.

“I think we need to be careful about what we approve and move forward on,” said Oceanside Councilman Christopher Rodgriguez, a SANDAG board member. “Taxpayers will pay the bill in the end. It’s important we insure that the assumptions we use to estimate revenues are accurate.”