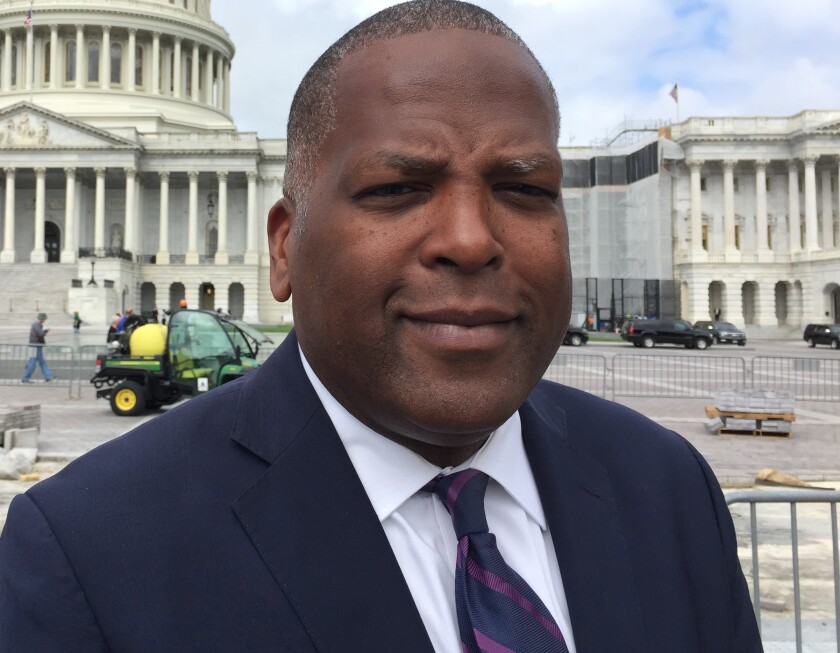 They also highlighted the importance of raising the limit on bank-qualified debt to $30 million as part of that effort.

Randy Howard, general manager of the Northern California Power Agency who testified on behalf of the American Public Power Association was the witness to describe the agenda.

Although all of the proposals have some bipartisan support in Congress, the extent of that support remained unclear at the hearing.

House Republicans used the session to focus on another topic that could become an eventual obstacle, the widespread belief among the congressional GOP that the federal government is too much in debt to spend any more money.

Michael Hendrix, director of state and local policy at the conservative-leaning Manhattan Institute, testified that the picture is more of a mixed bag.

Twenty six states saw tax revenues decline in the first 10 months of 2020 while 21 states saw their tax receipts grow over the past year, Hendrix said. “Our cities and counties also represent the equally mixed picture,” he added.

What has tipped the scales, according to Hendrix, is that “federal aid to states and localities rose an astonishing 42% over the past year.” He said it was “crisis aid and not a bailout.”

Other Republican lawmakers aired their gripes that the $1.9 trillion stimulus signed into law Thursday doesn’t require schools to reopen and that the aid to states is partly based on the unemployment rate, which could be higher because a governor has been slow to restore economic activity.

The subcommittee’s ranking Republican, Rep. Adrian Smith of Nebraska, said members of his party oppose raising the $10,000 cap on the federal deduction for state and local taxes.

Smith requested a second hearing focusing on the needs of very small rural communities, pointing out that three government officials who testified represented larger cities and counties. “In my district alone I have 75 counties, just in the third congressional district of Nebraska, and none of them are even one-eighth the size of that small county, in New York,” he said.

“We agree the tax code can be a valuable tool in supporting infrastructure,” Smith acknowledged, noting that Republicans left the tax-exemption for municipal bonds in the 2017 Tax Cuts and Jobs Act.

That legislation, however, terminated the tax exemption for advance refunding of muni bonds.

Smith didn’t specify if he would support the reinstatement of the tax exemption. Instead, he said he “would welcome a discussion” of what the federal government can do to “reduce the burden of financing, including a smarter approach to advanced refunding that avoids stacking up loans and trends.”

Republicans did not offer any specific objections to the other request for changes in tax laws related to public finance.

Thursday’s witnesses included Mayor Stephen K. Benjamin of Columbia, South Carolina, a former president of the U.S. Conference of Mayors; Elizabeth Reich, the chief financial officer of the City of Dallas on behalf of GFOA; and Kevin Boyce, president of the Franklin County Board of Commissioners in Ohio speaking on behalf NACo.

‘Voters throughout the country overwhelmingly support tax-exempt municipal bonds through bond referendums,” Reich said. “In Texas, voters must directly approve all general obligation bonds, Dallas has a process in place that maximizes community input as we develop our propositions. In Dallas, voters have authorized $3.6 billion in general obligation bonds for public projects over the last 16 years.”

Benjamin emphasized the benefits of reinstating tax-exempt advance refundings. “According to a recent report, there were 12,000 tax-exempt refunding issuances between 2007 and 2017 which generated over $18 billion in savings for local taxpayers and ratepayers,” he said. “These savings obviously created much-needed capital for local governments to invest in critical infrastructure.”

Benjamin described the reinstatement of direct-payment bonds through another round of Build America Bonds as “an excellent complement” to municipal bonds, although they would be “a poor replacement” for them.

Boyd added to the list of requests a permanent fix for Highway Trust Fund, “in order to plan and execute both large and small scale transportation infrastructure projects.”