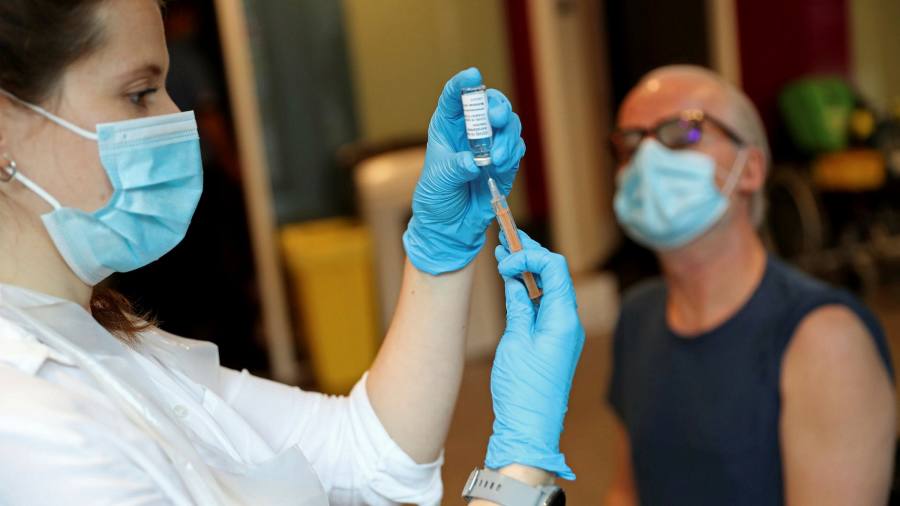 Countries across Europe have suspended the Oxford/AstraZeneca Covid-19 vaccine on concerns the jab is linked to dangerous blood clots, even though medicines regulators and the World Health Organization say they have seen no evidence of problems so far.

Germany, Italy and France on Monday followed countries including Denmark, the Netherlands and Bulgaria in pausing rollouts of the jab.

The moves deepen tensions in the EU over the AstraZeneca vaccine, after bitter battles with the company over delivery shortfalls. It also highlights a divide with nations including the UK and Canada, which continue to use the drug.

Jens Spahn, Germany’s health minister, described his country’s decision as a “precautionary measure” based on a recommendation from the Paul Ehrlich Institute, which advises the government on vaccines.

“We are all aware of the implications of this decision and we didn’t take it lightly,” he told reporters, noting that the AstraZeneca jab had been administered millions of times across the world. He said it was “a technical decision, not a political one”, adding that to “maintain trust in the vaccine we have to give our experts in Germany and the EU time to check the recent incidents”.

The Italian government said it paused the AstraZeneca immunisation after talks between the health ministry and Mario Draghi, prime minister. France is staying inoculations until guidance expected from the EU’s European Medicines Agency on Tuesday, President Emmanuel Macron said.

“The decision which has been taken out of precaution is to suspend vaccinating with the AstraZeneca vaccine in the hope that we can resume quickly if the EMA gives the green light,” Macron told reporters.

Dutch authorities said 10 cases of problems, including possible thrombosis or embolisms, had been reported by people who received the AstraZeneca jab. That meant 43,000 vaccination appointments would be cancelled, highlighting the further delay caused to the European bloc’s already stuttering immunisation drive.

Indonesia cited European doubts about the vaccine in its own decision to stop its rollout temporarily, adding that it would await a WHO review.

The suspensions came as the WHO urged nations not to pause AstraZeneca inoculation programmes. The world health body said last week that there was no sign the problems were caused by the jabs, while the EMA has said there is no indication so far of a higher incidence of thrombosis and embolisms in vaccinated people.

Canada has also rallied behind the jab. Asked about European doubts over the vaccine, Justin Trudeau, prime minister, told reporters on Monday: “Our health experts . . . collect data continuously and they assure us that all the vaccines offered in Canada are safe and effective, including those from AstraZeneca.”

Prof Andrew Pollard, director of the Oxford group that developed the jab, told the BBC there was “very reassuring evidence that there is no increase in a blood clot phenomenon here in the UK, where most of the doses in Europe have been given so far”.

“It’s absolutely critical that we don’t have a problem of not vaccinating people and have the balance of a huge risk, a known risk of Covid, against what appears so far from the data that we’ve got from the regulators — no signal of a problem,” he said.

Dr Phil Bryan, vaccines safety head at the UK’s Medicines and Healthcare products Regulatory Agency (MHRA), said: “We are closely reviewing reports but, given the large number of doses administered, and the frequency at which blood clots can occur naturally, the evidence available does not suggest the vaccine is the cause,” he said.

Francis Collins, director of the National Institutes of Health, the US government medical research agency, said US trial data was being reviewed by independent monitors. If the data are positive, the US could approve the Oxford/AstraZeneca vaccine in about a month, he added.

He said he had not seen data on incidents of thrombosis in Europe but added that he was “pretty reassured” by the decision of European regulators.

It is the second time EU countries have departed from the advice of the bloc’s medicines regulator on the Oxford/AstraZeneca vaccine. Several initially declined to give it to older people, although some are considering changing their stance and offering it to all adults.

Video: Covid-19 and the business of vaccines
This article was originally published by Www.ft.com. Read the original article here.