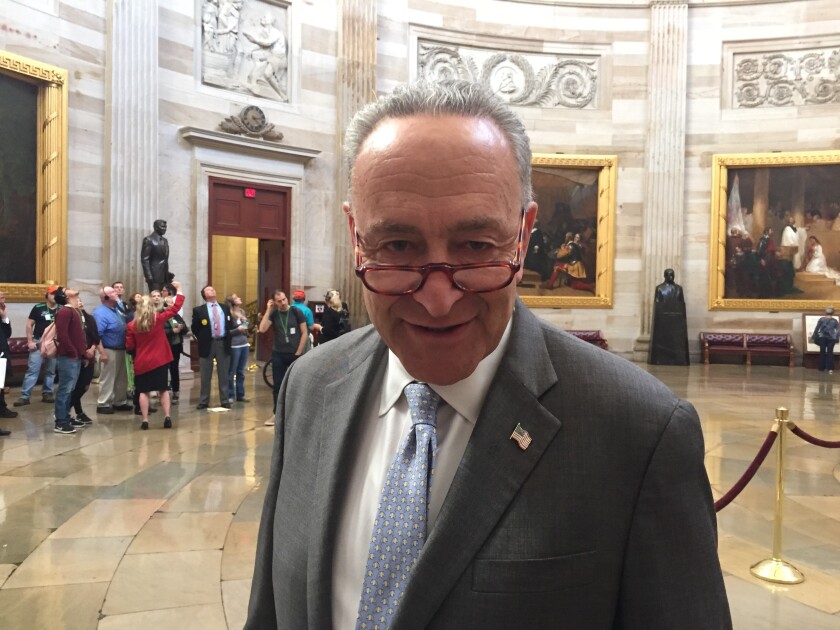 Puerto Rico’s economy will receive a jolt from billions of dollars of federal aid this year from the American Rescue Plan as the territory works its way out of bankruptcy.

Highlights of that aid include $3 billion for K through 12 schools, $308 million for childcare, and $370 million for rental, mortgage, and homeless assistance, according to Senate Majority Leader Chuck Schumer, D-N.Y.

Households with incomes below the federal income cutoff also will be eligible for $1,400-per-person stimulus payments.

Moody’s Investors Service estimates the legislation overall could provide Puerto Rico with up to $10 billion in federal aid in addition to the over $13 billion it received last year under the CARES Act.

“These funds are temporary and will have a limited long-term impact on Puerto Rico’s economy, but are clearly positive for the territory’s finances in the near term,” said Moody’s Assistant Vice President Pisei Chea.

Sergio Marxuach, policy director of the Puerto Rico-based Center for a New Economy, said the legislation “will have a temporary positive impact on the Puerto Rican economy as the stimulus money is spent by state and local governments, as well as low and moderate-income households.”

But Marxuach said that “the impact on the credit ratings and the overarching bankruptcy process is weak” because it is a temporary measure and Puerto Rico and its creditors are negotiating a long-term solution for its indebtedness.

“The American Rescue Plan Act of 2021, while positive in the short-term, does not change the underlying trends of the Puerto Rican economy or its long-term trajectory, which is one of the principal factors considered in the analysis of the credit rating agencies,” he said.

Schumer described the aid as an effort to rectify the territory’s historical inequitable treatment during a media call Wednesday with Rep. Nydia Velazquez, D-N.Y., and Hispanic Federation President and CEO Frankie Miranda.

“What this bill does, it treats Puerto Rico fairly and equitability,” Schumer said. “It makes up for some of the past injustices that were done to the people of Puerto Rico and will allow Puerto Rico to dig itself out of the trench of COVID and get its economy going in a way, I believe, in a way much stronger than it has ever gone in the last few years.”

Schumer described the legislation as “the largest most complete package of aid to Puerto Rico that has come down the pike in a very, very long time.”

The legislation includes children living in Puerto Rico in a nationwide increase of the Child Tax Credit to $3,600 for children under 6 and $3,000 for dependent children from 6 through 17.

In Puerto Rico that expanded tax credit would reach an estimated 355,000 families with an average benefit of $770, according to Javier Balmaceda, a senior policy analyst for the liberal-leaning Center on Budget and Policy Priorities which focuses on low-income Americans.

There are estimates this provision could inject roughly $275 million into the economy, according to the think tank.

Puerto Rico is not included in the nationwide expansion of the federal Earned Income Tax Credit and will instead get funding to expand its local version of the credit.

However, Schumer said the federal government will provide $3 for every dollar provided by the Puerto Rican government, a move that he said will quadruple the size of the EITC program by providing up to $600 million per year.

Around 58% of children in Puerto Rico are living in poverty.

Puerto Ricans are also included in the $300 weekly federal supplemental unemployment benefit, which Schumer said will boost the average weekly benefit from $200 to $500.

Velazquez described the legislation as “a transformative opportunity for the island.”