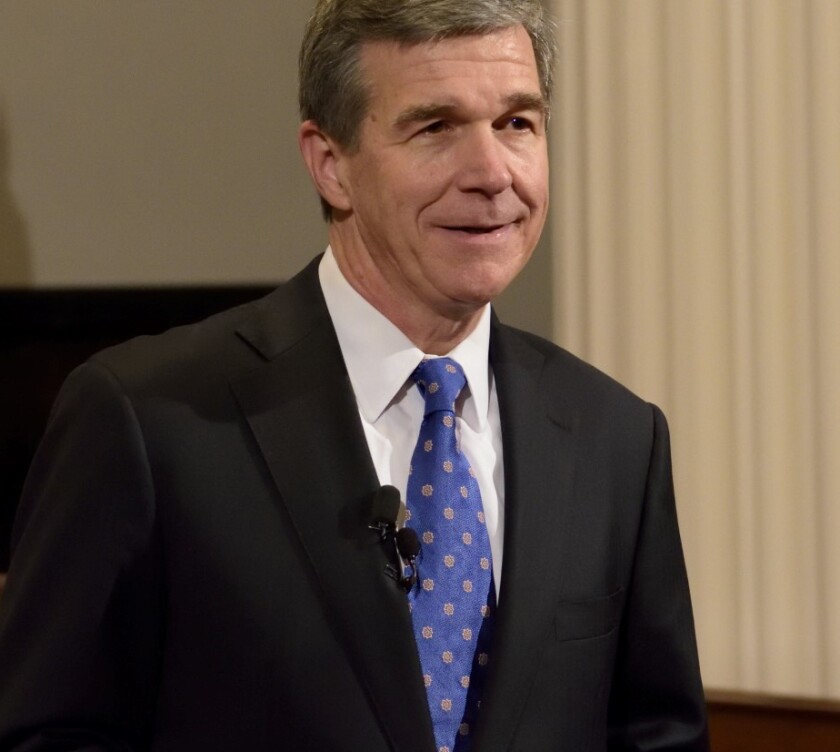 As Cooper released his recommended budget of $55.9 billion for fiscal years 2021 through 2023, he noted the bonds would address the state’s infrastructure needs. He pointed out the advantages of the current low interest-rate market environment and the state’s low debt levels.

North Carolina is one of only 13 states rated triple-A by Moody’s Investors Service, S&P Global Ratings and Fitch Ratings.

Cooper said in a letter to the Legislature that the state’s strong balance sheet presented a generational opportunity to address critical long-term infrastructure needs.

“The pandemic impacted our most vulnerable communities the hardest and their road to recovery is the most precarious. We must make significant commitments to education, including early childhood education and literacy, to make up for achievement gaps exacerbated by the pandemic,” he said.

“Our state budget availability is strong, with nearly $5 billion in unreserved cash in the general fund as we enter the FY 2021-2023 biennium. Our economic forecast anticipates continued economic expansion. And our debt affordability of almost $15 billion over the next 10 years presents the state with a generational opportunity to make lasting investments at historically low interest rates,” Cooper said.

The governor’s budget totals $27.4 billion in 2021-2022 and $28.5 billion in 2022-2023 and increases investments in areas including education, economic development and healthcare without raising taxes.

“With the right priorities, we will not only beat this pandemic, but build lasting success for North Carolina,” Cooper said.