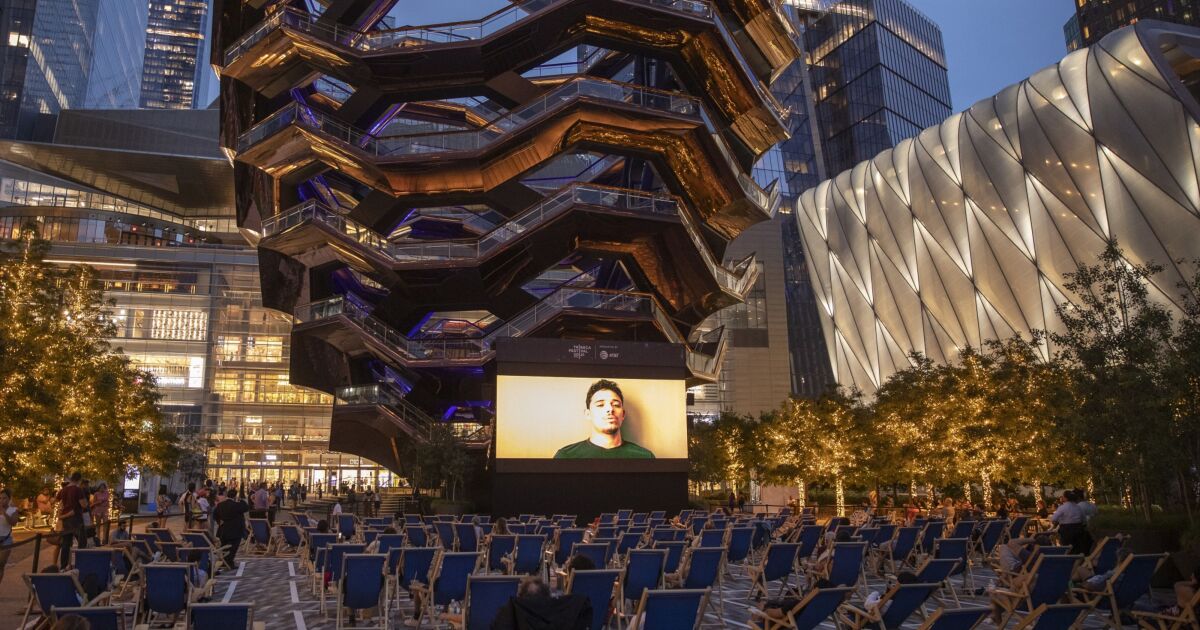 New York’s Hudson Yards development on Manhattan’s West Side was able to cover its debt service obligations despite the effects of the COVID-19 pandemic on office occupancy, retail demand and tourism.

Goldman Sachs and Ramirez & Co. are joint lead managers while Kestrel Verifiers provided a second-party opinion on the green designation.

Moody’s rates the bonds Aa2 with a stable outlook while Fitch rates them A-plus, its outlook stable. S&P assigned its AA-minus rating and positive outlook.

“New York’s been upgraded and there is a tie between Hudson Yards and the city. The city is responsible for the property tax system and changes in the property-tax rates,” said Howard Cure, director of municipal bond research for Evercore Wealth Management.

The 45-square-block area for the $20 billion-plus private real-estate development occupies former wasteland between Penn Station and the Hudson River.

Sitting over old railroad yards, it evolved from a failed bid to host the 2012 Summer Olympic Games. The city, state and Metropolitan Transportation Authority began planning in 2002.

Related Companies and Oxford Properties are the primary developers.

The project included a $2.4 billion extension of the Metropolitan Transportation Authority’s No. 7 subway line one mile west from Times Square.

“It speaks to the fact that it’s a new development with a strong transportation link,” said Cure, who favors city expansion of the real-estate value-capture mechanism. “The bigger concern is what’s going to happen with office space elsewhere around the city.”

Mitchell Moss, director of New York University’s Rudin Center for Transportation Policy and Management, once said the Olympic bid spurred debate over infrastructure projects such as Hudson Yards that it needed anyway. The upshot, he said, was productive use of infrastructure enhancements throughout the city to meet long-range needs, rather than a one-off.

When it will fully recover remains murky, he said, as many employers continue to offer work-from-home options.

Hudson Yards has represented a marker for value capture, a rising trend in public finance.

Transit projects such as the planned four new Metro-North Railroad stations in the East Bronx offer similar potential, though on a smaller development scale. By contrast, Mayor Bill de Blasio’s proposal for a north-south streetcar route connecting Brooklyn and Queens stalled over concerns that value capture would not provide enough revenue.

Other features include the High Line 1.5-mile pedestrian walkway 30 feet above street level. Built along a long-abandoned freight line, it connects to the Chelsea neighborhood. The Vessel viewpoint structure closed temporarily after four suicides.

Proceeds will refund all $534 million of outstanding fiscal 2012 Series A bonds issued under a 2006 indenture. After the sale, the 2006 indenture, now closed, will terminate and all bonds will be repaid under a 2017 indenture.

Maturities will run through 2047. Closing is scheduled for Oct. 27.

The green designation could attract niche investors, Cure added. Under the 2006 indenture, $888 million of the proceeds applied to the subway extension.

Having survived the pandemic and reaching a critical-mass level, the area is better able to fully meet its obligations to support $2.7 billion of outstanding revenue bonds, according to municipal bond analyst Joseph Krist.

“The project is now generating enough revenue such that the expectation is that the city will no longer need to appropriate monies any interest support payments for the remaining life of the bonds,” said Krist, publisher of Muni Credit News.

The city is not yet off the hook entirely, Krist added.

“When the original bonds were issued the city committed to pay interest on the bonds if the underlying Hudson Yards revenues were insufficient. That commitment will remain in place for the life of the bonds,” he said.

The city’s obligation to make interest support payments, if necessary, is net of any available Hudson Yards Infrastructure Corp. funds, and like the tax equivalency payments, is absolute and unconditional, subject to annual appropriation.

Moody’s estimates that PILOTs, which commercial property owners pay directly to the bond trustee and do not hinge on any city action, could increase to provide 1.34 times debt-service coverage by fiscal 2024 and to average 57% of the recurring revenue sources over the life of the bonds, based on properties already developed.

Fitch noted that while pandemic-related effects such as increased remote work and reduced business travel have slowed near-term momentum and may be long-lasting, it “does not believe they will threaten solid debt service coverage” at Hudson Yards.

That hasn’t stopped critics of the project and of real estate trophy undertakings in general, some taking to social media and calling it an “antiseptic wasteland.”

According to a report by Cushman & Wakefield, which the corporation included in its preliminary official statement, assessed values for the four completed and stabilized office buildings paying PILOT in Hudson Yards only declined by 0.82% in fiscal 2022, compared with an 11.65% decline citywide.