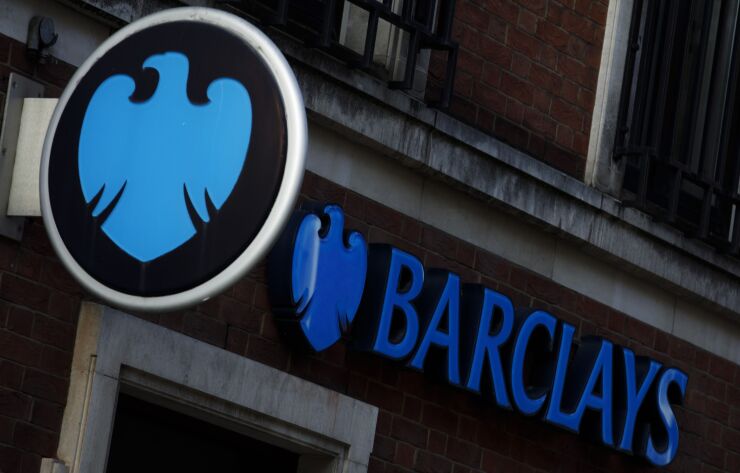 The implementation process for a Texas law aimed at financial company “boycotts” of the fossil fuel industry led a state municipal bond issuer to drop three underwriters from a recent deal.

The Texas Department of Housing and Community Affairs removed Barclays, RBC Capital Markets, and Morgan Stanley from its $190 million single family mortgage revenue bond issue before pricing the deal last week through Jefferies with Piper Sandler and Ramirez & Company as the only remaining co-managers.

A spokeswoman for the housing department said the decision was based on a review by the Texas comptroller under the 2021 law and the fact that the deal closes on June 14, four days after a final deadline in the review process.

“Given the timing of the $190 million bond sale, TDHCA, in consultation with our bond advisors and counsel, chose to remove the three firms,” Kristina Tirloni said in an email.

The three removed investment banks, which declined to comment on the matter, were among 158 financial companies contacted by the Texas comptroller on March 16 or April 11 to clarify their treatment of energy businesses with responses due in 60 days.

The law tasks Comptroller Glenn Hegar with compiling a list of companies “boycotting” energy businesses in a process that could lead to state disinvestments. It also requires companies, including investment banks that underwrite muni bonds, to verify they do not boycott energy companies as a requirement for contracts valued at $100,000 or more with Texas governmental entities.

Those verifications are under review as a result of the comptroller’s inquiry, according to the Texas Attorney General’s Office.

A muni market observer in Texas, who asked not to be named, called the housing department’s removals “an overreaction” to an advisory from the attorney general late last month.

That advisory said pending deals can include banks with “under review” verifications “provided that the issuer confirms with the company shortly before closing that we can continue to rely on their standing letter and that the company intends to timely respond to the comptroller’s request.”

Barclays, RBC, and Morgan Stanley have been active in the Texas muni market since the law took effect Sept. 1, 2021, according to Refinitiv data. The Texas Natural Gas Securitization Finance Corporation on Friday selected Morgan Stanley as a co-senior manager and Barclays as a co-manager for $3.4 billion of taxable bonds it plans to sell in August.

The Energy Discrimination Elimination Act of 2022, which takes effect Nov. 1, also has provisions for disinvestment and requires companies to provide verifications in contracts with government entities that they do not boycott energy businesses.

“Oklahoma is the state that fossil fuels built,” said Republican State Rep. Mark McBride, the bill’s sponsor, in a statement. “While we’ve diversified to include other energy sources, our economy and thousands of Oklahoma jobs are connected to the oil and gas industry. It must be protected from global movements and liberal ideologies that seek to disrupt or even stop it.”

Implementation of certain provisions of the law will be in the hands of a new state treasurer given that current Treasurer Randy McDaniel is not running for reelection in November, according to Andrew Messer, the state’s deputy treasurer for policy and debt management.