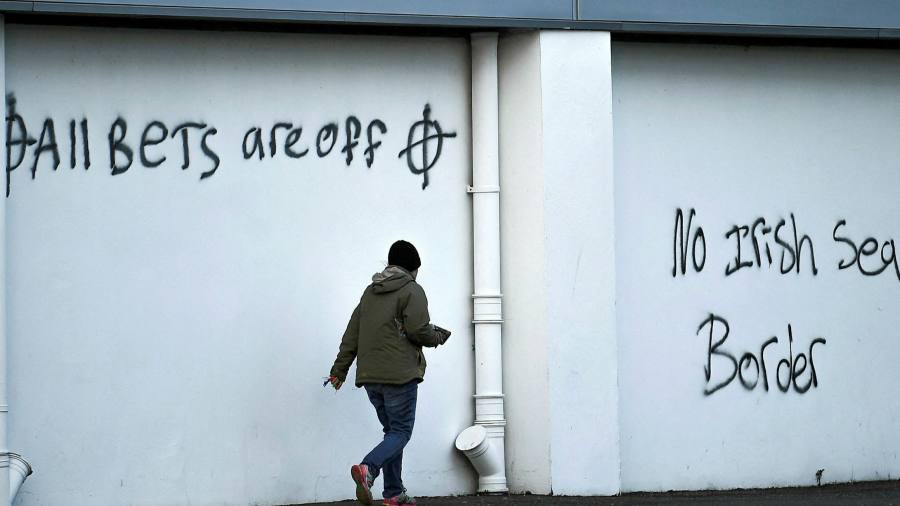 The EU has vowed to retaliate if the UK rips up a post-Brexit trade deal for Northern Ireland after London’s threat of unilateral action triggered alarm in Brussels and Washington.

Joe Biden appealed to the UK to show “courage, co-operation and leadership” to settle a simmering dispute that could plunge London and Brussels into a trade war. The US president is preparing to appoint a special envoy to protect the Good Friday Agreement, which brought peace to the region 24 years ago.

In a two-page document sent to member states on Wednesday and seen by the Financial Times, the European Commission said “renegotiation of the protocol” was “not an option”, adding that it would respond to any unilateral UK move “using the legal and political tools” at its disposal.

In an interview in Sweden, Boris Johnson told BBC News there was no “need for drama” over what he said was a “crazy” dispute over a “very small part of the whole European economy”.

EU diplomats said Brussels was likely to respond to any unilateral UK move by restarting legal action against London or failing to impose full checks on traders in Northern Ireland. These were paused last year to allow negotiations to continue.

But the talks have made little progress. Liz Truss and Maroš Šefčovič, the Brexit commissioner, were due to speak again at 8am on Thursday but both sides played down the prospect of a breakthrough.

If the talks are unsuccessful, officials in London said legislation scrapping the so-called Northern Ireland protocol, which governs post-Brexit trading arrangements on the island of Ireland, could be presented as early as next week.

Bill Keating, a senior US Democratic party congressman who has urged Truss not to take unilateral action, told the Financial Times that the UK’s threat to do so was “a step in the wrong direction”. London risked hurting its international standing if it “thwarts [an international agreement] with domestic law”.

“This has hit a crisis point,” he added. “We are close to the point of no return.”

One UK official said any move to walk away from the protocol would be taken “with sorrow and disappointment”, but “we’re not squeamish about taking action”.

Unionists are incensed at customs checks on goods travelling between Britain and the region, which they say undermines their place within the UK. The century of unionist political domination in Northern Ireland ended last week when the nationalist Sinn Féin became the largest party in elections.

Truss is expected to raise the issue of the protocol with fellow G7 foreign ministers on Thursday after her call with Šefčovič.

She warned late on Tuesday that she would “not shy away” from acting to end what she said was an unsustainable arrangement.

Keating said he had discussed the matter with Biden on Tuesday. The US is a co-guarantor of the Good Friday Agreement, which set up a power-sharing mechanism in Northern Ireland based on the principle of cross-community consent.

London and unionist politicians say the protocol, which in effect imposes a customs border in the Irish Sea, undermines the peace agreement. But a majority of legislators elected to the region’s Stormont assembly say it can be made to work.

The region’s biggest unionist party, the Democratic Unionist party, has threatened to paralyse the formation of a new government and the election of a speaker for the assembly in a bid to pressure London to ditch the protocol.

That would leave a political vacuum with no caretaker government in place and legislators unable to meet.

DUP leader Sir Jeffrey Donaldson welcomed the UK’s hardline stance, telling the BBC: “Thank goodness we are now getting to the point that we are now preparing to act.”

Allies of Truss said any action on the protocol would include “safeguards” and would protect the EU’s single market.

EU officials said they could pursue potential tariffs on UK goods. However, the prospect of a trade war with Britain was premature.