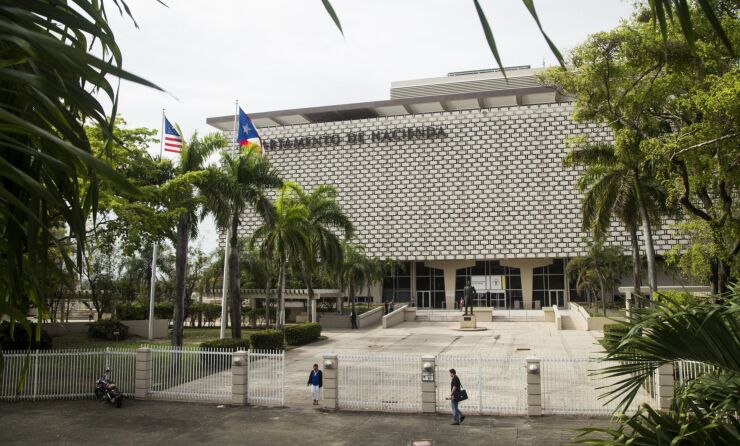 While Puerto Rico’s officials have successfully pushed this policy backward, the U.S. Treasury now says it will be enacted Jan. 1, 2023.

Act 154 is a 4% excise tax on the revenues of foreign corporate subsidiaries based in Puerto Rico. In 2011, U.S. Treasury agreed to a tax credit for the Act 154 payments on a temporary basis. This helped Puerto Rico attract U.S.-based companies to manufacture on the island. The credit has since been extended beyond its original sunset.

The tax provided 13% of the revenues in this year’s Puerto Rico general fund. Most of the corporations are in the pharmaceutical industry. There are about 10 companies that contribute the bulk of these taxes.

While Puerto Rico is part of the U.S., for tax purposes it is considered a foreign land.

Last week Puerto Rico House of Representatives President Rafael Hernández Montañez and Puerto Rico House Finance Committee President Jesús Santa Rodriguez submitted a bill, Project 1345, to the House to provide a replacement revenue stream for Act 154. Project 1345 is an income tax on the corporations rather than an excise tax.

Project 1345 would amend Law 73 of 2008 to establish one policy for multinationals based in the U.S. and another for those based outside the U.S.

The bill would ensure Puerto Rico receives revenue similar to what had been expected from Act 154’s taxes, Santa Rodriguez said, and is consistent with the Oversight Board’s fiscal plan for Puerto Rico.

Santa Rodriguez told The Bond Buyer he and Hernández Montañez had created the bill with input from Puerto Rico Secretary of the Treasury Francisco Páres and the pharmaceutical corporations. The latter have contributed suggestions about the form of the taxes and the wording of the legal language.

If passed, Project 1345 would offer a permanent solution to the disappearance of Act 154 revenues but would also have some transitional features, Santa Rodriguez said.  He expects to have the U.S. Treasury evaluate the bill.

The Oversight Board has been given a copy of the bill, and a spokesman said the board is reviewing it.

Both Santa Rodriguez and Hernández Montañez are members of the Popular Democratic Party, which has a plurality but not majority of legislators in both the Puerto Rico House and Senate. Gov. Pedro Pierluisi is a member of the New Progressive Party and Páres is part of his administration.

Santa Rodriguez said some legislators from the PDP and NPP have indicated their support for his bill, and he hopes members of some of the other parties in the legislature will also back Project 1345.

Through February, Act 154 revenues accounted for 11.4% of general fund revenues. The board’s January-certified fiscal plan for Puerto Rico’s central government projected Act 154’s revenues to account for 12.9% of this fiscal year’s revenues but gradually decline to 9.8% by fiscal 2026.

The general fund is used to pay, among other things, debt service on the island’s new general obligation bonds.

The U.S. Treasury released final regulations in December establishing new criteria for the way multinational corporations credit foreign jurisdiction tax contributions, including those paid in Puerto Rico. The regulations are partly a response to a deal reached in October 2021 by all but four of the world’s nations to impose a global minimum tax on major multinational firms.