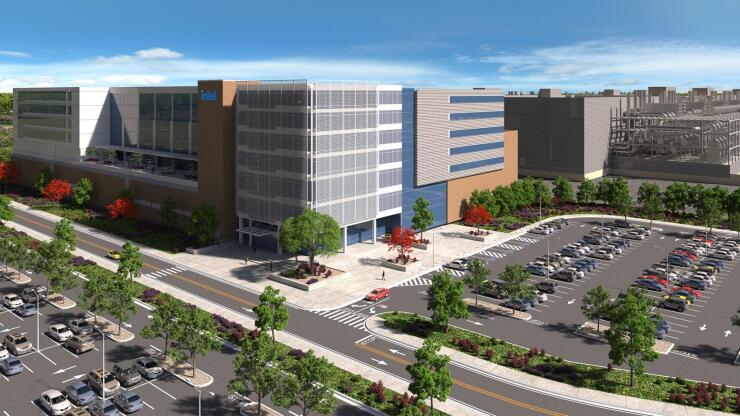 A $3.5 billion capital budget for fiscal 2023 and 2024 that authorizes $2.28 billion of borrowing and provides more than $1 billion in incentives for Intel Corp.’s $20 billion semiconductor chip production project is headed to Ohio Gov. Mike DeWine’s desk.

House Bill 687 “creates a significant and historic investment into our state parks, which are true gems which can be enjoyed by all Ohioans and those who support our tourism industry,” DeWine said in a statement praising the package Thursday. “Intel’s investment in Ohio remains a gamechanger for Ohio’s economy as well as our commitment to re-shore domestic manufacturing in Ohio.”

House Bill 687 authorizes the Intel incentives through an operating appropriation of $1.2 billion for the current fiscal year with $805 million coming from the general revenue funds and $400 million from the state’s share of $5.4 billion in American Relief Plan Act funds.

The package provides a $600 million “on-shoring” incentive with the remainder going towards water, sewer, and road improvement projects needed as part of the project.

The state can claw back the $600 million grant and $300 million for water reclamation projects if Intel fails to deliver on promised metrics like jobs.

The state landed the coveted project — billed as its largest economic development project ever — early this year over 40 states, offering a package of $2 billion of incentives. Intel intends to build two fabrication plants referred to as “fabs.”

Construction is expected to begin this year with semiconductor production expected in 2025. The company has said it will employ 3,000 at the plant while the project will generate 7,000 construction jobs and result in thousands of additional jobs among its suppliers.

While more than $2 billion in new debt is authorized in the overall capital budget, the state also will rely on cash. By forgoing bonds, the state expects to save $57 million during the biennium and more than $1 billion in interest assuming the state would have issued 20-year bonds at a roughly 4.5% rate, according to a fiscal analysis.

“Probably the most unique thing about this capital budget” is the cash contribution, Senate Finance Committee Chairman Matt Dolan, R-Chagrin Falls, said ahead of the Senate floor vote late Wednesday. “Our revenues are doing well and this is a proper use of those revenues, pay for your obligations as they come up.”

The capital package raises spending on school safety grants providing $100 million with the funding coming from federal relief.  The vote comes just over a week after an 18-year-old gunman killed 19 children and two adults at a Texas elementary school.

The spending is up from the state’s previous allocation of $5 million. The state has received $93 million in funding requests. “We are reflecting what the schools need to help make sure that the schools are safe whether they are public or private,” Dolan said.

The capital budget additionally sends $600 million to school building projects and while higher education institutions will receive $400 million. The Department of Natural Resources will receive $500 million for outdoor recreation areas and parks and $403 million would help fund correctional facility upgrades.

The state’s coffers remain flush with strong-than-projected tax collections with fiscal 2022 revenues through March exceeding estimates by about $2.9 billion or 10.9%.

Fitch last year lifted its outlook on Ohio’s AA-plus rating to positive. Ahead of a bond sale in May, Fitch affirmed the rating, as did S&P Global Ratings which rates the state AA-plus with a stable outlook, and Moody’s Investors Service affirmed its Aa1 rating and stable outlook.

Other tax provisions in the budget bring the total negative revenue impact to $2 billion, or 3.9% of tax revenues.

“The positive outlook reflects Ohio’s sustained trend of balanced finances and growth in reserves that strengthens the state’s financial resilience as it confronts cyclical economic and revenue trends,” Fitch said in the May report.

Houses Are Still Selling Like Hotcakes In These 10 Cities In 2022
PennyWise crypto-stealing malware spreads through YouTube
Board membership, direction of Puerto Rico-based funds disputed
California initiative to combat air pollution qualifies for the ballot
Report: Taiwan’s Central Bank May Need 2 Years to Complete Work on CBDC