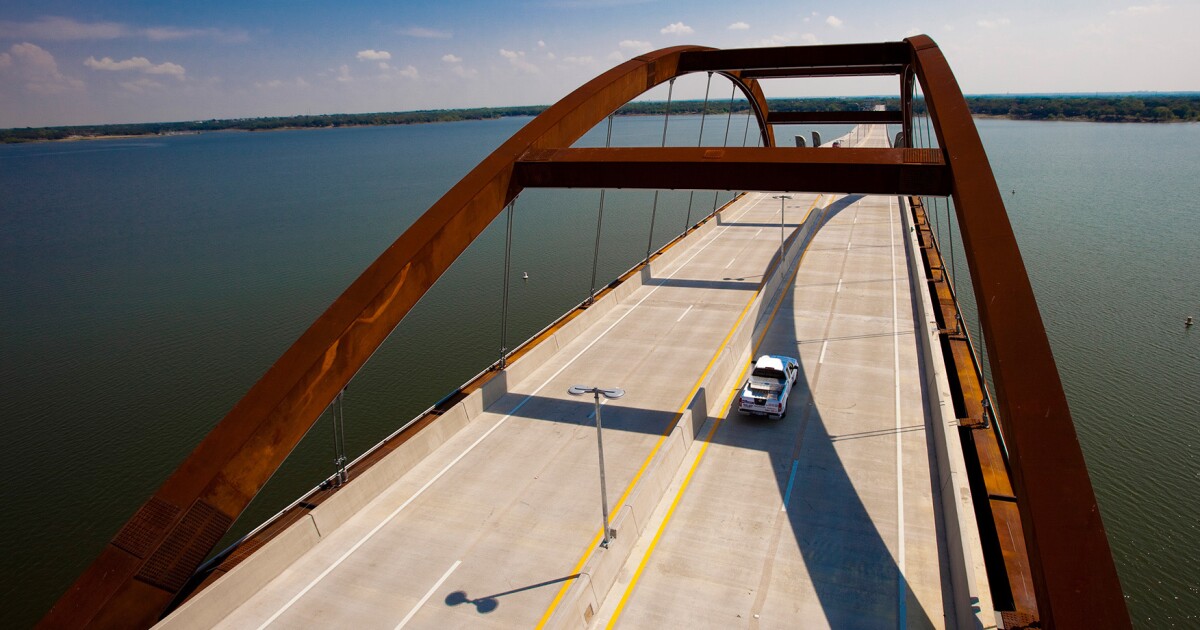 The COVID-19 pandemic is largely in the rearview mirror for toll roads in Texas, where traffic and revenue are climbing and strong population growth is fueling demand.

Texas has more toll facilities than other states and its 853 of tolled centerline miles is second only Florida’s 961.5 miles, according to data from the International Bridge, Tunnel & Turnpike Association.

“Most of (the Texas toll roads), if they haven’t already surpassed pre-pandemic levels, are very close to that in terms of traffic and revenue,” said Anne Tricerri, a Fitch Ratings analyst. “We haven’t had any concern about the ability for the Texas credits to get through the pandemic. All the ones we rate have very strong liquidity, so they are in good shape to manage a severe shock.”

For the Harris County Toll Road Authority, preliminary operating revenue in fiscal 2022, which ended Feb. 28, rose to $863.5 million, according to a preliminary official statement for its upcoming bond refunding.

The authority has 128 center-line miles of toll roads, including the Sam Houston Tollway, in the Houston area, which also has toll roads and high-occupancy tolled or express lanes operated by other entities.

Toll revenue for the Dallas-region North Texas Tollway Authority last year exceeded pre-pandemic collections from 2019 and this year totaled $271 million as of March, although total traffic transactions lagged the 2019 level.

On the other hand, operating revenue for the Texas Department of Transportation’s Central Texas Turnpike System in the Austin area was 17% less in fiscal 2021, which ended Aug. 31, than in fiscal 2020, according to an annual continuing disclosure report. The state DOT operates about 253 centerline miles of toll roads in the Austin, Houston, and Dallas regions.

Tricerri said the performance of two toll bridge border crossings Fitch rates in Laredo and McAllen was more volatile as traffic fell during the pandemic.

The Lone Star State’s short-lived pandemic-related restrictions compared to other parts of the country and its diversity of jobs that kept the work-from-home population lower helped its toll roads, according to Scott Monroe, a Fitch analyst.

After shutting down nonessential services on March 19, 2020, Gov. Greg Abbott began announcing the lifting of restrictions just over a month later on April 27.

Toll roads in general fared better than other transportation sectors like airports during the pandemic, according to Kurt Forsgren, a S&P Global Ratings analyst, who noted there were no downgrades during the past three years.

In a September report, the rating agency said that toll roads, which were not allocated any direct federal stimulus aid, experienced a shorter period of traffic decline and a stronger rebound than anticipated.

Joseph Schwieterman, a professor and transportation expert at DePaul University in Chicago, said the pandemic’s boost to vehicle travel and the hyper growth in truck traffic in the past few years “bode well for toll roads.”

Proceeds will be used to refund senior lien revenue refunding bonds sold in 2012 for an estimated present value savings of $20 million, according to the county.

As of April 30, the county had $1.64 billion of toll road senior lien and $420 million of first lien revenue bonds outstanding.

The upcoming refunding bonds were rated Aa2 by Moody’s Investors Service and AA by Fitch both with stable outlooks.

Depending on market conditions and interest rate changes, the NTTA, which has $9.6 billion of outstanding debt, may refund about $730 million of bonds this fall, according to Chief Financial Officer Horatio Porter.

Despite the pandemic, some newer Texas toll facilities have received positive rating actions.

In May, Moody’s revised the outlook to positive from stable for about $240 million of Baa3-rated Texas Transportation Commission bonds sold in 2019 for the State Highway 249 System in the Houston area.

“The positive outlook reflects the well above-expected revenue collection on the roadway in the first three quarters of full operations, which will result in higher (debt service coverage ratio) during the ramp-up phase and a quicker funding of the (rate stabilization fund) to the full amount,” Moody’s said in a report.

In July, Fitch gave a one notch upgrade to BBB-plus and kept a positive outlook for the Texas commission’s $285 million subordinated loan granted under the federal Transportation Infrastructure Finance and Innovation Act for the I-35 East managed toll lane project in the Dallas area.

“The upgrade reflects the project’s strong revenue outperformance in comparison to the initial sponsor forecast since opening in May 2017 and a return to trends of solid operating performance, further supported by projected lifetime scheduled coverage metrics exceeding 2.0x under the Fitch rating case,” the rating agency said.

Rating agencies have warned that high gas prices could slow gains in toll road leisure traffic, but would not have an outsized effect on bonds backed by the revenue.

S&P said in May that sustained higher fuel prices due to market conditions, geopolitical factors, or regulatory reasons such as a carbon tax, could be “modestly negative” for toll roads.

“Nevertheless, longer term, we expect U.S. consumers could modestly temper their travel patterns if elevated fuel prices and inflationary pressures persist, particularly for the toll road and airport sectors,” it said in a report.

At $4.56, the average price per gallon of regular gas in Texas is lower than the $4.86 national average, according to AAA.

While current high fuel prices are largely transitory and should return to more reasonable levels within 18 months, drivers may be sensitive to toll hikes, according to Schwieterman.

“On a more cautionary note, we don’t have much evidence that motorists in passenger cars are willing to pay dramatically more for using toll roads than they do today,” he said.

A battle over tolls is ongoing in Texas with Terri Hall, executive director of Texans Uniting for Reform & Freedom, preparing to once again ask the legislature, which returns to session in January, to end tolls when bonds are paid off.

More new tollway debt is likely as Texas experiences a population surge. The U.S. Census Bureau reported in December that Texas, with an estimated population of 29.5 million in July 2021, ranked second among states for the largest net domestic migration gains.

Tim Lomax, a research fellow at the Texas A&M Transportation Institute, said the state legislature in many cases leaves it up to local governments to come up with solutions to traffic congestion.

He said that in addition to toll road authorities in major urban areas like Dallas and Houston, regional mobility authorities are being created in other parts of the state with the ability to build bond-financed toll roads.

“That’s a way to develop their own projects and keep the money in their own area and respond to needs that they see,” Lomax said.