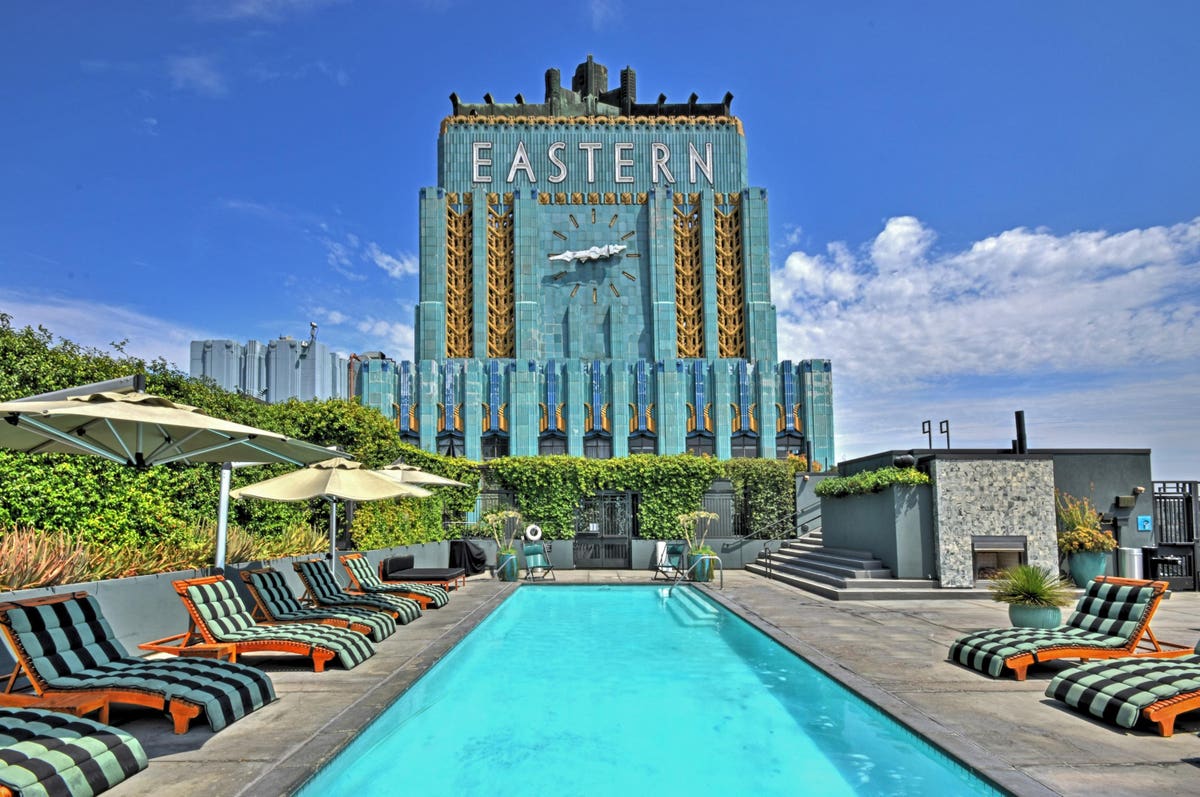 The Los Angeles penthouse where Johnny Depp and Amber Heard living during much of their brief marriage is on the market for $1.765 million.

With all the notoriety the former couple attracted during their headline-making court case, what better time to put the love nest on the market? Though the pair were only married for 15 months, the Los Angeles building was their home and, according to the listing agent, the one-bedroom penthouse was where they spent a good amount of their time.

Depp owned five of the penthouses atop downtown Los Angeles’ iconic Eastern Columbia Building, but after his 2016 divorce from Heard, he listed and sold all of them for $12.78 million. Now, one of the apartments, the one-bedroom, two-bath penthouse, is again for sale.

Depp is best known for his roles in Edward Scissorhands and Disney’s Pirates of the Caribbean series, but he is almost as well known for his penchant for a diverse array of real estate, which shows off the artistic directions that have proven to be a part of his fame. Depp was one of the highest-paid actors in Hollywood and could afford to scoop up almost any attractive or unusual property he desired. And he did.

According to TopTenRealEstateDeals.com, Depp, who was born in Kentucky and raised in Florida, owns or has owned a 45-acre island in the Bahamas that caught his eye when he was filming Pirates of the Caribbean, a collection of pricey homes in the Hollywood Hills that he planned on connecting with a series of tunnels, a Kentucky horse farm that he bought for his mother, a French village near Saint-Tropez and the five Los Angeles penthouses.

The Los Angeles two-story penthouse is in one of the city’s most historic buildings and features 1,780 square feet, soaring ceilings and a cozy lounge area on the staircase landing. In addition to the building’s walkability to restaurants and shopping, amenities include a rooftop saltwater pool, fitness studio, spa, sun deck, Zen garden and 24/7 concierge service.