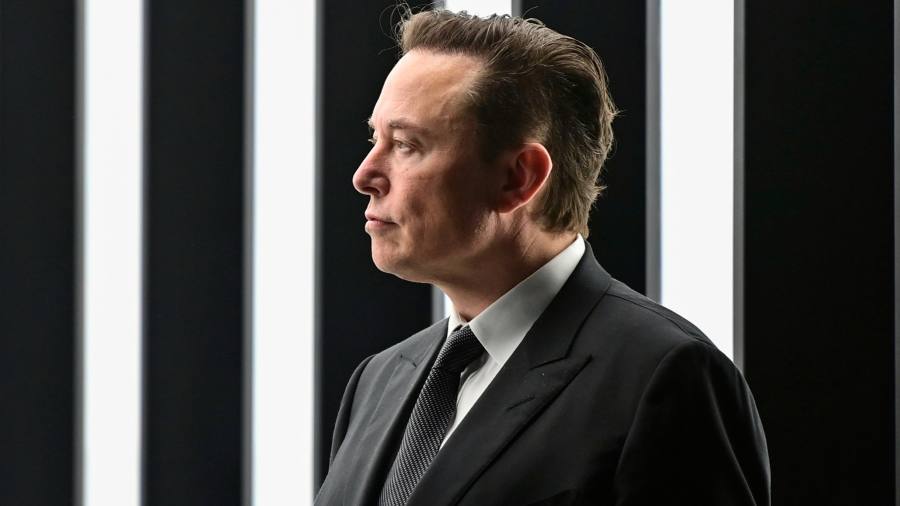 Elon Musk has owned Twitter for one long week now. He has tweeted jokes and provocations, pitched ideas and sent out dog whistles. Musk is making the remarkable power that US tech executives hold over our lives, from geopolitics to the health of democracy, painfully tangible to all. The barrage of announcements in week one alone put a number of contradictory questions about Twitter’s future on full display. The richest man in the world seems eager to show off his new toy, yet his fun-and-games tone cannot disguise the real governance challenges he is now solely responsible for solving.

Immediately after the sale was confirmed, the number of neo-Nazi and racist tweets exploded on the site. Accounts marked as being linked to Russian and Chinese state media requested that the Twitter labels indicating as much be removed. Speculation about whether Musk would reverse the account ban for extremists, conspiracy theorists or Donald Trump himself was rife. Yet if ever there was a need to remind Musk of the real-world harms caused by disinformation, it was demonstrated by the violent attacker who was radicalised online before breaking into US House Speaker Nancy Pelosi’s home this week. When he did not find Pelosi, he assaulted her husband.

At Twitter, Musk will have to confront the same choices and trade-offs that experts and lawmakers have been wrestling with for more than a decade. He has said both that he considers all speech “free” and that he wants to avoid turning the site into a hate-amplifying “hellscape”. But the list of promises he has made to date simply do not add up. Freedom of expression will sometimes clash with other rights, such as protecting minorities from discrimination or the guarding of public health, safety and trust in the democratic process from disinformation. Twitter as a private club has thus far used its freedom to develop rules against harassment, violence or the promotion of suicide. The platform has been specific about its rules surrounding tweets from world leaders and was the first to permanently ban Trump for violating them. It may well lose users if hatred and lies set more of the tone.

While Musk will have his hands full in squaring these challenges in the United States, users around the world will also have to deal with his commitment to respecting the “laws of the land”. In many lands with repressive governments such as Turkey, India and Russia, these laws allow the state to heavily intervene in speech, privacy, or journalism. This leads to censorship, intimidation and imprisonment. Until now, Twitter has been an important platform for activism, but the safety of human rights defenders may be directly at stake if terms of use change or staff with language skills and cultural expertise are laid off.

The EU too has laws regulating speech, but with the aim of strengthening democracy. That is why European commissioner Thierry Breton tweeted: “hi Elon Musk, in Europe, the bird will fly by our EU rules #DSA” in response to “the bird is freed”, which was Musk’s first tweet after becoming Twitter’s owner. The Digital Services Act is a newly agreed law clarifying the responsibilities of platform companies regarding free speech. Failure to comply can lead to hefty fines. (Musk has previously said that the DSA is exactly aligned with his thinking).

Then there is the question of Twitter’s new investors. Kingdom Holding Company of Saudi Arabia is now the social media platform’s second-largest shareholder, and in part owned by the Saudi sovereign wealth fund. US senator Chris Murphy has already called for an investigation into whether they will gain access to sensitive information and what they might hope to achieve.

But ultimately, advertisers may have the most sway. Advertisements account for more than 90 per cent of Twitter’s revenue. Big spenders like GM and Pfizer are pausing their purchases on Twitter until they know more about where Musk’s policies may take the platform. Civil society groups are urging companies to leave along with their dollars if content moderation is reduced at the expense of user safety. And even if Musk has claimed, “I don’t care about the economics at all”, he is already floating the idea of selling account verifications for $8.

Musk will have to confront all of these challenges without many of the people who have operated Twitter so far. Massive lay-offs happened on Friday. With the probable departure of around half the 7,500 employees, an experience and capacity drain is inevitable. (A class action suit was immediately brought to challenge the lay-offs.) Musk has previously wondered out loud whether his buying of Twitter makes him a masochist. Probably. But most users are not. For the moment, those who are staying claim they want to resist, or give Musk the benefit of the doubt. Many, like me, also want to hold on to the moments of wonder, connection, curiosity and valuable information that the platform has brought them throughout the years.

Yes, the experience is not always fun but the fear that the polarisation and extremism will now get much worse puts our past experiences in perspective. This past week has felt like a requiem for a dream of an actually civilised online town square. People shared their favourite moments or expressed solidarity with the laid-off staff. Where else would they do so but on Twitter?