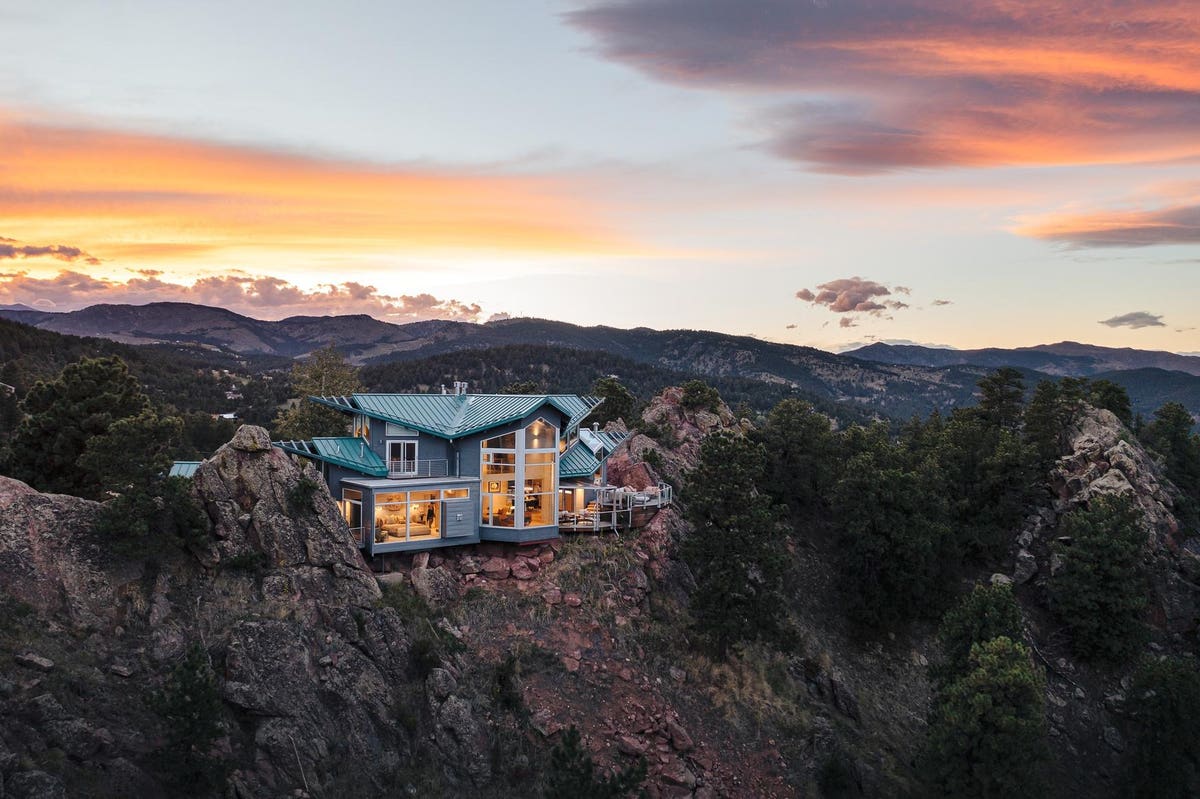 From above, this mountain home resembles a four-pointed star poised atop a ridge line in the foothills of northwestern Boulder, Colorado.

But sheltered by the vaulted turquoise roofs is an evolving architectural showplace. Originally built in 1993, the modern house has been reimagined three times under different owners by E.J. Meade of Arch11 with the goals of opening up the structure and connecting it to the site.

Indoor and outdoor spaces have been reworked to blend into and incorporate the surrounding rocks. Decks, a seating area with a fireplace and an outdoor kitchen were added up against the boulders.

Once inside, it’s hard to focus on the contemporary interiors for the views. Every room adds to the 360-degree panorama. Light fills the more than 4,000 square feet of living space.

A two-sided fireplace anchors the center of the high-ceiling great room, which has light wood floors and a stairway leading to the upper level. A wall of windows takes in the horizon.

The triangular shape of the kitchen adds visual interest to the recently renovated space, where stainless-steel appliances and gray cabinetry play off sleek counters. The dining area sits between the kitchen and living room.

Among the four bedrooms and six bathrooms is the main floor primary suite, another Meade addition. The star configuration adds to the privacy of the bedrooms wings.

The detached studio could be used as an office, yoga room, art space or workshop. There’s also a wine cellar with refrigeration and a two-car garage. Pines dot the 1.75-acre lot.

Marybeth Emerson of Slifer Smith & Frampton Real Estate is the listing agent for 1145 Timber Lane, Boulder, Colorado. The asking price is US $5.375 million.

While the location may give the appearance of being remote, with endless sky filling the immediate air space, the house is only about a six-minute drive to the major hub of Broadway. Pearl Street Mall, with its shops, eateries and bars, is another six minutes away.